Pain in the chest with a deep breath: what is caused and dangerous? More information here!

This symptom, like chest pain that occurs with deep breathing, is often taken by people for a purely pulmonary problem. However, there are a number of pathologies that are not related to the respiratory system, the manifestation of which is pain during inspiration. 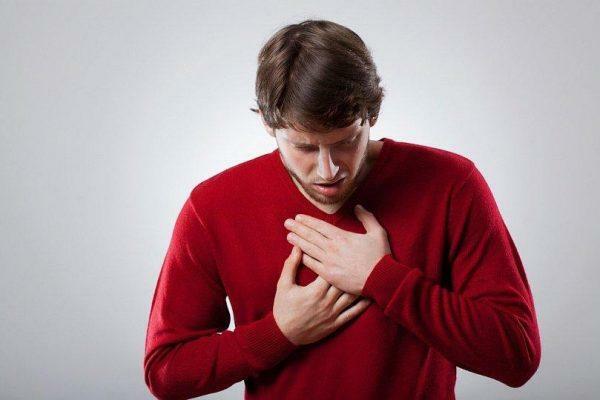 pain in the chest with a deep breath

Pathology of the musculoskeletal system

The thorax is formed: 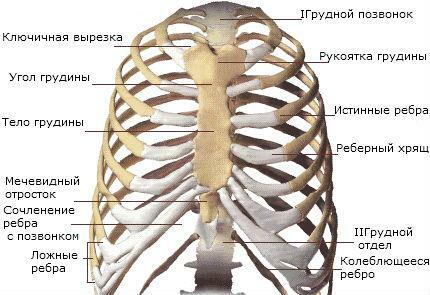 Structure of the chest 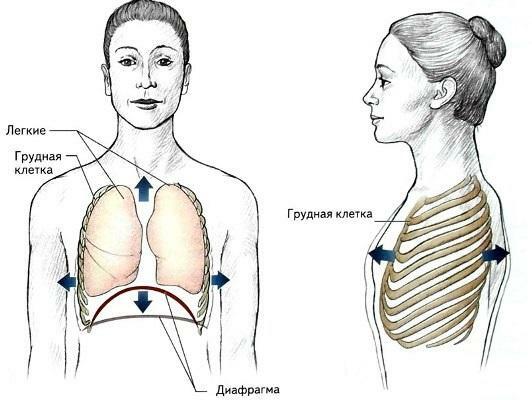 The bone apparatus is surrounded by muscle mass, permeated with nerve fibers. All these formations can become a source of pain. And with a number of pathologies of the musculoskeletal system, pain occurs precisely with a deep inspiration. The reason for this - the movement of the chest during breathing. 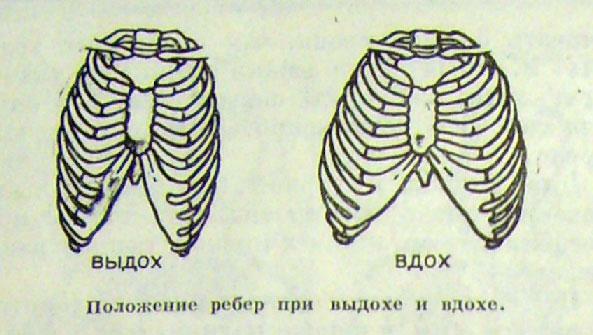 During inhalation, it rises and expands, which can lead to painful sensations in some pathologies.

Degenerative pathology of the spine, which affects more than half of the adult population of the planet. At an osteochondrosis there are atrophic changes of an intervertebral disk. The pelvic nucleus of the disc loses its elasticity due to its pronounced hydrophilic properties. Moisture leaves, the disc becomes less elastic and more flattened. 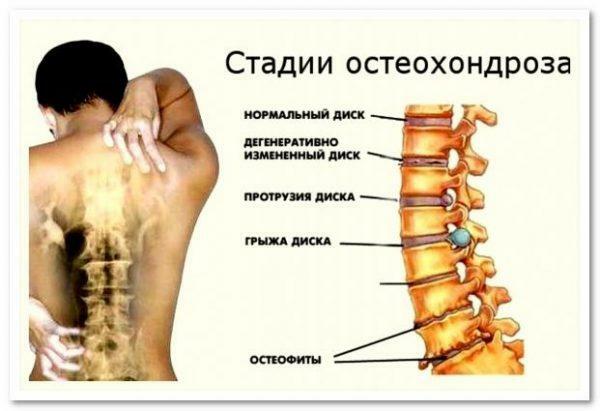 Fibrous ring, normally supporting the proper volume of the pulpous core, also suffers. Due to the displacement and approaching adjacent vertebrae on the ring, radial cracks may appear. The ligaments supporting the vertebral segment are destroyed. Develops its instability, vertebrae are shifted, causing radicular syndrome with pain. 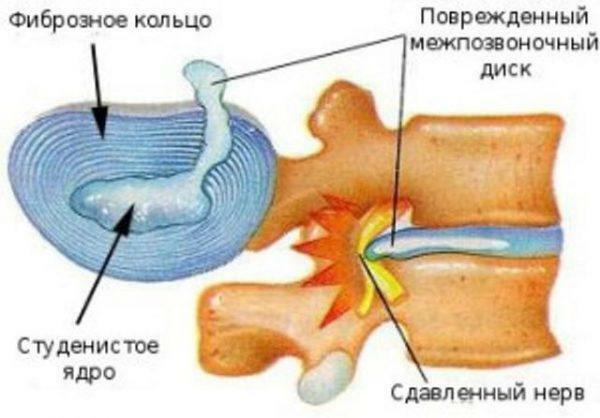 Osteochondrosis of the thoracic spine

Similar changes in varying degrees occur in all people over the course of the age. They are more pronounced in the presence of excess weight, irrational physical activity, long-term sedentary lifestyle. Pain in the chest on inspiration appears with osteochondrosis of the thoracic spine, when the movement of the chest affects affected vertebral segments. 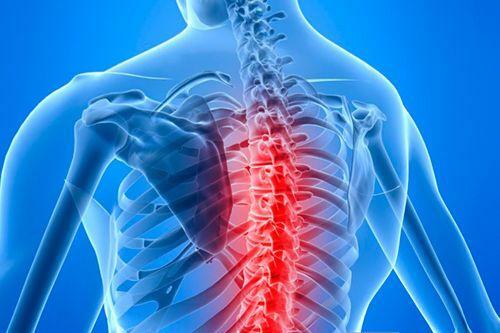 Important! Pain in osteochondrosis irradiates into the interlopar area or upper limbs.

A vascular bundle of nerves passes along the lower edge of all the ribs. Nerves passing through it are often a source of neuralgia. 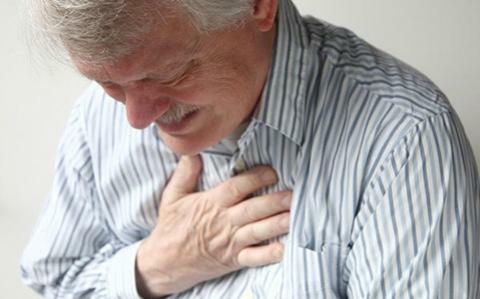 The etiology of this lesion is different:

The most common episodes of intercostal neuralgia in the background of osteochondrosis of the spine. 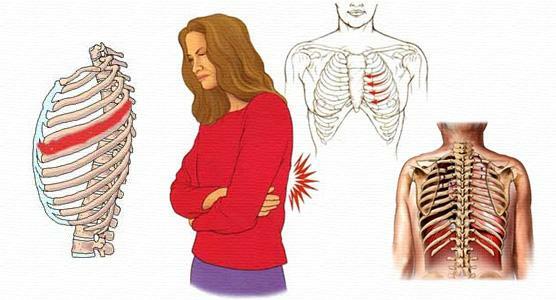 A little less often the pain is caused by herpes zoster - herpetic infection. Activation of the herpes virus can be triggered by hypothermia and always occurs against the background of a natural decrease in immunity: 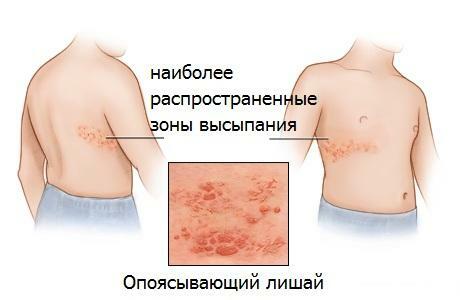 With intercostal neuralgia, the pain is constant, it is localized from the side of the lesion. Its reinforcement on inspiration is also associated with the movement of the thorax, in particular, the ribs. By nature, the pain is strong and burning, irradiating along the entire length of the nerve fiber, from the sternum to the spine.

Closed chest trauma in more than half of the situations is complicated by rib injuries. More often it occurs in the elderly, which is explained by the increased brittleness and fragility of bones. Depending on the number of broken ribs, a person's condition can be from an average severity to a very heavy one.

Fractures of 1-2 ribs usually do not take place very hard, they do not need inpatient treatment. With fractures of 3 or more ribs, the risk of damage to the organs of the chest increases: the heart, lungs, large vessels. Multiple bilateral fractures always require emergency medical care. 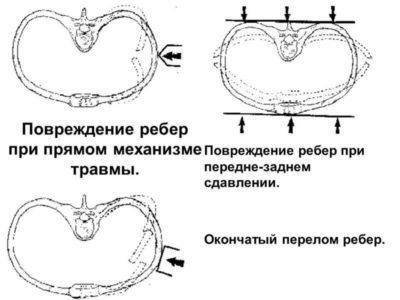 Chest pain associated with fracture of the ribs is localized at the site of the impact or suspected fracture. It intensifies even with shallow breathing and coughing, which can lead to forced hypoventilation and pneumonia.

Pain in fracture of the ribs

Chest pain associated with breathing may be a sign of one of the dangerous pathologies of the heart or vessels. Often there are myocardial infarction or angina pectoris, but they are characterized by persistent pressures that are not associated with breathing. Let us examine in more detail precisely those pathologies in which soreness appears or is strengthened by inhalation.

Important! For any pain in the chest, people older than 40 years of age should undergo electrocardiography. 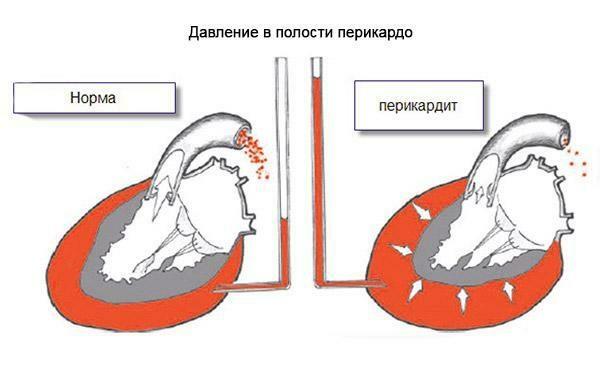 Pericarditis of the heart

Pain on inspiration accompanies only dry pericarditis. With it on the leaves of the pericardium, fibrinous adhesions are formed in large numbers, which significantly impair the friction of the leaves during palpitation. There are sharp, painful sensations that intensify with deep breathing. 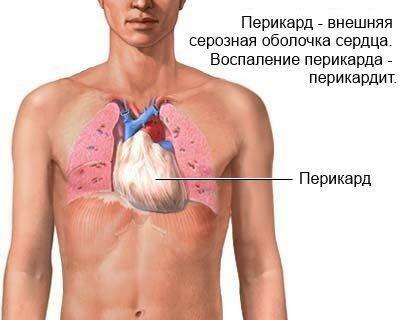 Location of the pericardium

The causes of dry pericarditis are diverse: 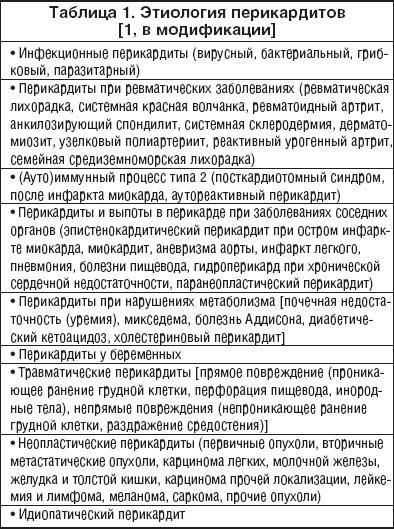 In addition to chest pain, pericardial disorders can occur rhythm disturbances: paroxysmal tachycardia, extrasystole. A person is worried about fatigue, shortness of breath, a feeling of disruption in the work of the heart. Without treatment, dry pericarditis over time can develop into exudative. 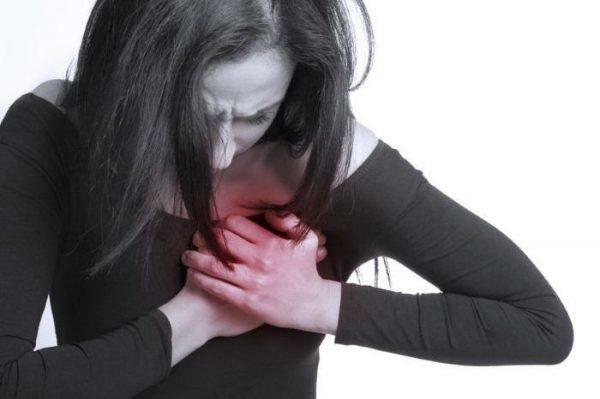 Pulmonary embolism of the

One of the life-threatening pathologies that requires emergency medical attention. It is not a question of the lightning-fast form of thromboembolism of a large pulmonary artery trunk, at which a reflex stop of cardiac activity occurs. 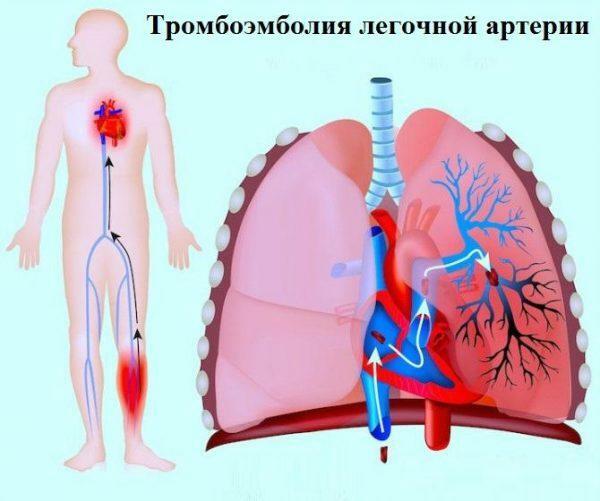 Thromboembolism of the pulmonary artery

The chest pain is more common in inspiration for the emboli of small branches that can cause recurrent infarct-pneumonia. It is typical for her pain in the chest, poured, with an increase in inspiration. In addition to pain, a person is disturbed by a cough, possibly with rusty sputum, high fever. Symptoms of respiratory failure may appear. 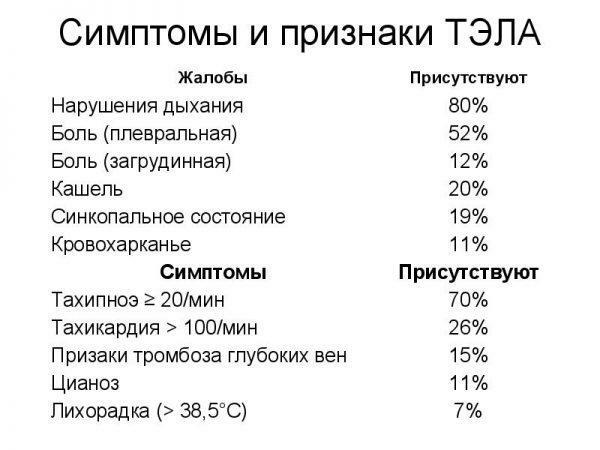 Symptoms of pulmonary embolism of the pulmonary artery

Pulmonary thromboembolism almost always occurs against a background of well-being. But, at inspection, it is possible to reveal provoking reasons:

Important! Contributes to the appearance of the embolus, a prolonged immobilization, associated, for example, with a multi-hour flight or a complex operation.

A number of problems with the gastrointestinal system can cause chest pain on inspiration:

The pulmonary tissue of pain receptors does not have a proper pathology, its pathologies do not show painfulness, if not affect the pleura. Among all the organs of the respiratory system, the pleura is most innervated, which means that the pain sensations are associated with its defeat. 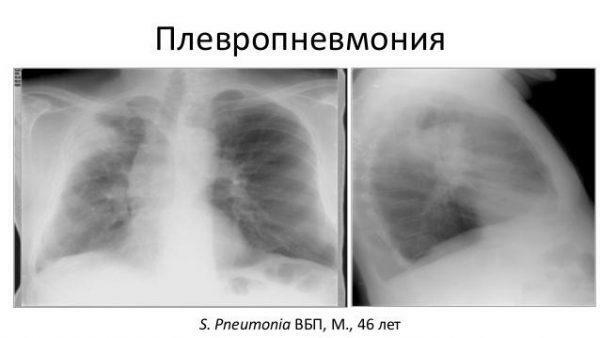 In some cases, the focus of inflammation in pneumonia may be located close to the pleural cavity. Then the inflammation passes to the pleura, causing pain. It can be permanent, but can only appear with deep breathing. In any case, coughing and forced breathing significantly increase pain.

In addition to the pain of a person concerned: 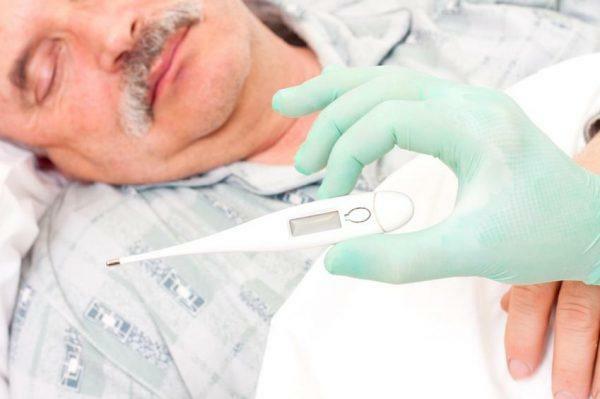 In case of massive pneumonia on the area, symptoms of respiratory failure may appear - dyspnea, cyanosis, reduction of saturation. The disease is most serious in the elderly, children and people with immunodeficiencies.

Important! The most common pneumonia is caused by Streptococcus pneumoniae.

Pain in the chest on inspiration is more characteristic for dry pleurisy. Its morphology is very similar to dry pericarditis: fibrinous threads deposited on the surface of the pleura. They make the friction of the pleura sheets painful. The pain increases with breathing, as well as the slightest cough, when tilted to a healthy side. 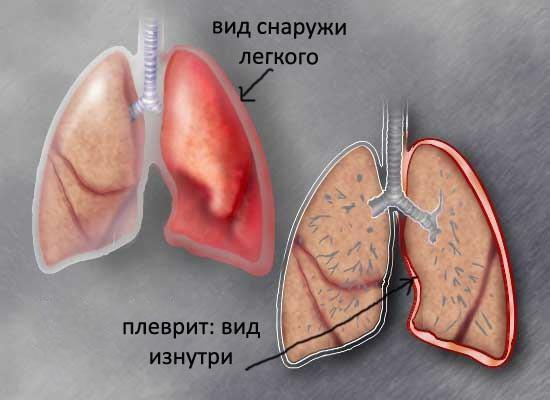 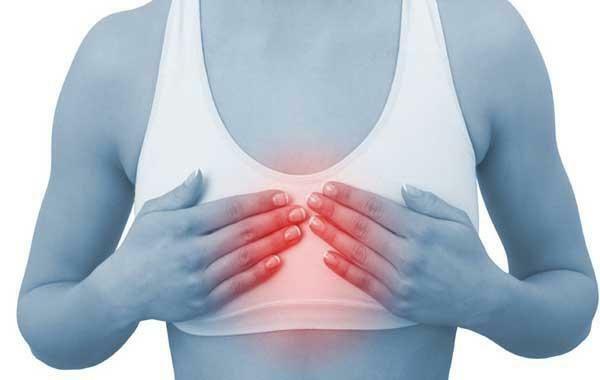 In addition to pain, there may be inflammation symptoms:

Often with pleurisy there is a dry reflex cough. The causes of fibrinous pleurisy can be: 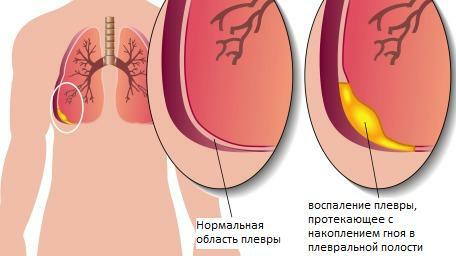 Another pulmonary cause of chest pain on inspiration. At the same time, the painful sensations are extremely sharp, sharp, sudden. 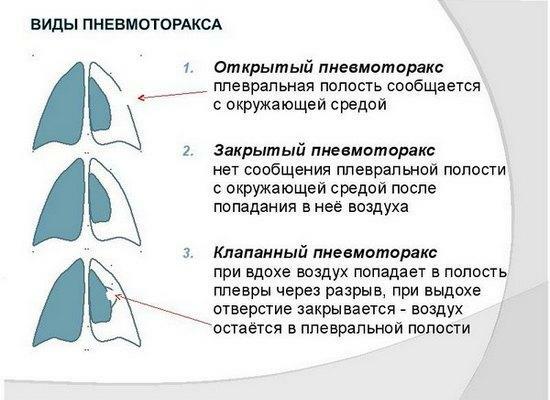 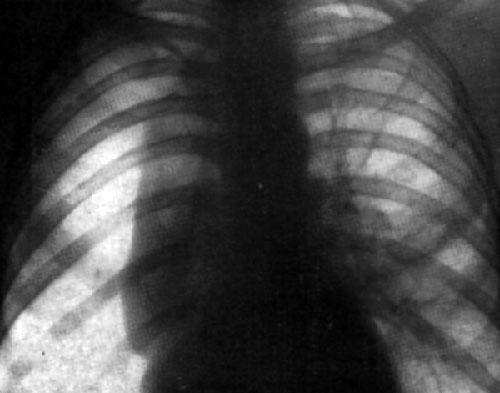 Spontaneous pneumothorax on the right 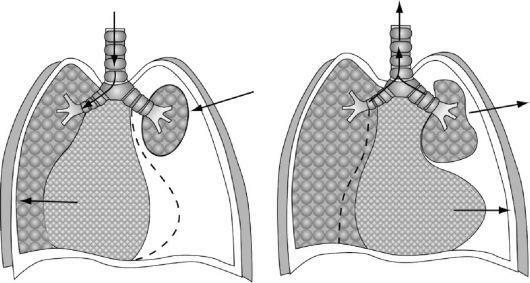 In addition to pain, a person is concerned about the severe symptoms of acute respiratory failure: 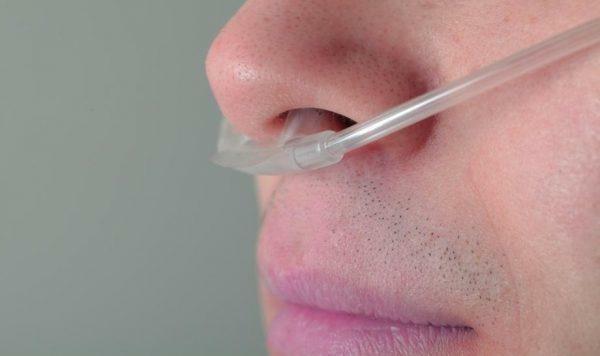 With massive pneumothorax, movement of the mediastinal organs can occur in the direction of the asleep lung. This will manifest itself with symptoms of cardiovascular shock, can lead to cardiac arrest.

Among the causes of pneumothorax are: 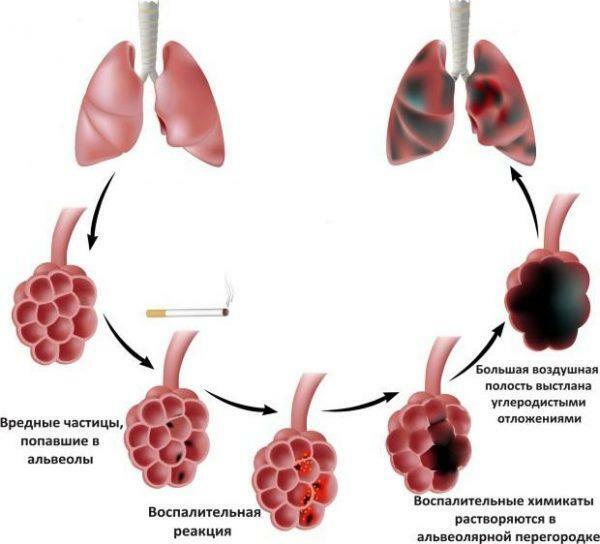 Important! With valve pneumothorax, it is possible to change the position of the mediastinal organs, moving the side of a healthy lung.

At the end, we give a table in which we summarize the main data on the most common causes of chest pain, depending on the breath.

Video - Why does the chest hurt

Video - 3 deceptive pains in the heart. What hurts in the chest 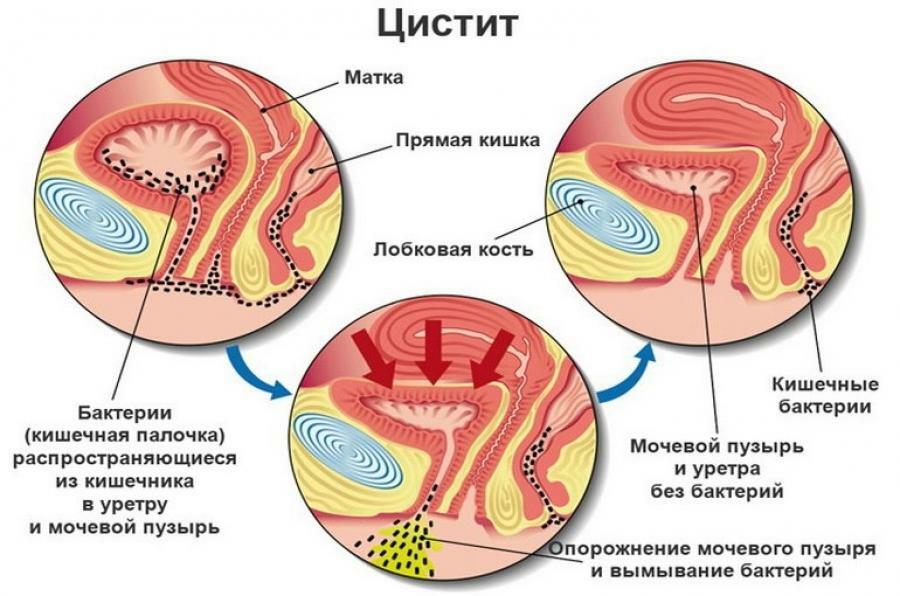 Drawing pains after ovulation are in most cases considered normal, which is explained by the physiological features of the process and the menstru... 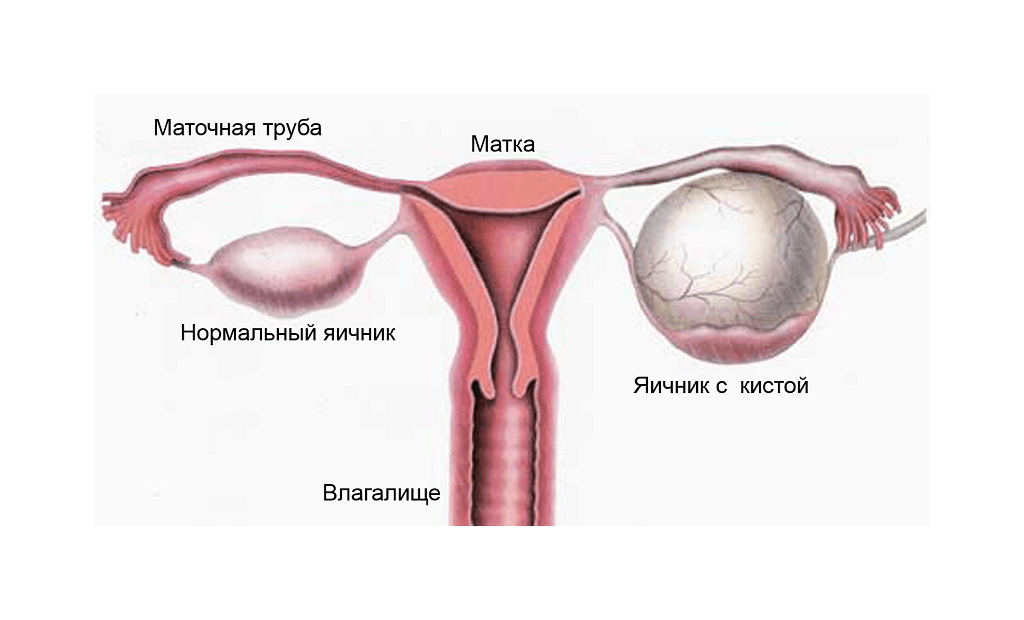 The ovarian cyst is a sac or bubble formed on the epithelial layer of the organ and filled with serous contents. Small cysts have practically no c... 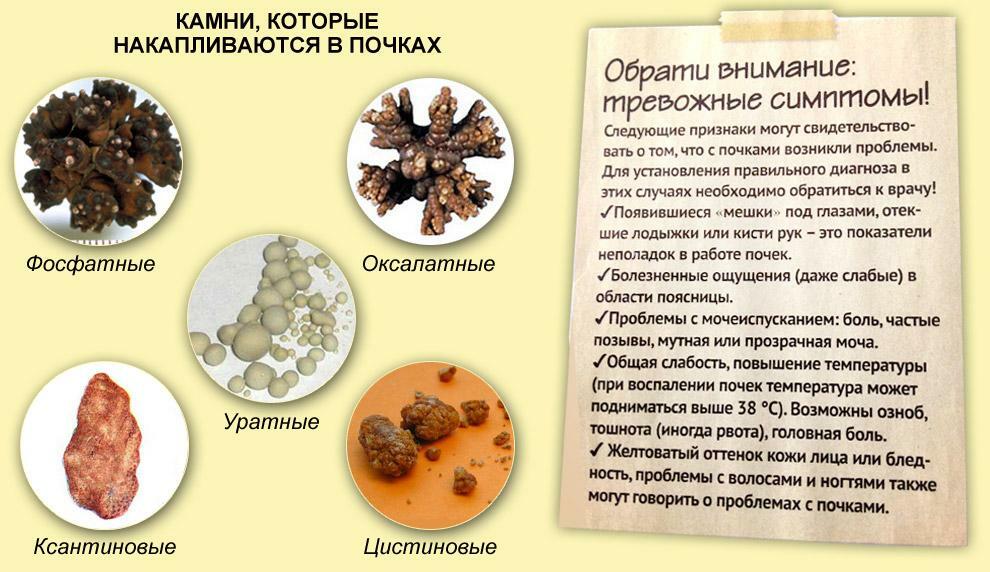 Painful sensations on the left side of the abdomen can indicate various inflammatory processes and other ailments. In this case, the pain can have...