Vinpocetine - instructions for use and reviews of the drug 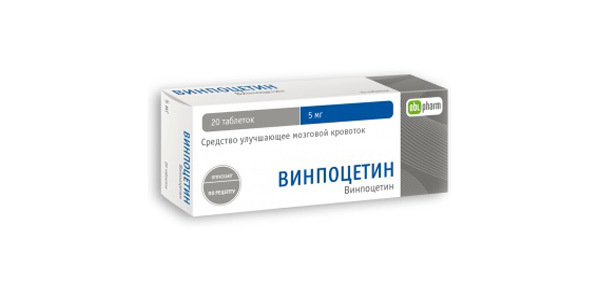 Contents of the page


Vinpocetine is a drug that corrects the circulatory disturbance in the vessels of the brain. The preparation is obtained by synthesis from vinokamine - it is an alkaloid of a medicinal plant of Barvinok.

Vinpocetine was first obtained from this plant in 1975 by a Hungarian chemist named Xaba Szantai. Already synthetic medicine began to be produced in 1978 by a Hungarian company under the name Gedeon Rihter.

Vinpocetine belongs to many groups, among them the main ones are: psychostimulants, drugs for the treatment of hyperreactive syndrome, drugs for attention deficit therapy, nootropics, drugs for the therapy of neurological disorders and diseases.

Action of the preparation 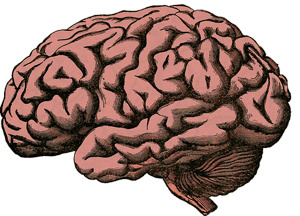 The action of Vinpocetine is based on its ability to inhibit the phosphodiesterase enzyme. As a result, the activity of the latter decreases, which leads to the accumulation of cAMP in the tissues of the body. As a result, the cerebral vessels expand( the process is called vasodilation).

If ingestion of the drug is oral( oral), then Vinpocetine is very rapidly absorbed in the gastrointestinal tract. The maximum concentration in the blood drug reaches after 60 minutes.

For parenteral administration of Vinpocetine( injection), the elimination half-life is 5 hours.

Instructions for use Vinpocetine 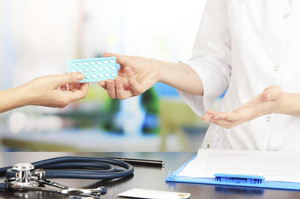 Before starting the use of the drug, you should always consult your doctor. To minimize side effects, and to avoid overdose, instructions for the use of Vinpocetine will help. The insert can be found in each package, which will detail the scheme of application of the drug and the permissible dosages.

Recommended mode of taking the drug: tablets are taken orally( orally) for 1 table.3 times a day. Take medication after the main meal.

For therapeutic purposes in the acute period, the recommended dosage is 30 milligrams of Vinpocetin per day( 10 mg of the drug 3 times a day).With the purpose of maintenance therapy, the dose is 5 milligrams 3 times a day. Duration of treatment is at least two months and lasts up to three months. The course of treatment can be extended by the decision of a neurologist.

The maximum daily dose of Vinpocetine is 30 milligrams.

The medication regimen for liver and renal diseases corresponds to the usual dosage. During the withdrawal of the drug, you need to gradually reduce the daily dose, so as not to cause the so-called "withdrawal syndrome".

If a drug is prescribed by a neurologist in the form of injections, a single dose of administration of the solution is 20 milligrams of Vinpocetin. In case the tolerance of the drug is good, it is possible to increase the single dose a little. Do this as follows: for the first 3-4 days, add 20 mg, then increase the dosage by 1 mg per kg of body weight of the patient. The duration of therapy with nicks is up to 14 days.

Injectable form of Vinpocetine is represented by a 0.5% solution of 2 ml in ampoules. The price for a package containing 10 pcs.of the drug is from 50 rubles and more.

In many ways, the price depends on the brand of the manufacturer, the amount of the drug and the dosage.

Among the diseases that require the intake of Vinpocetin, the following are distinguished:

Contraindications to the use of 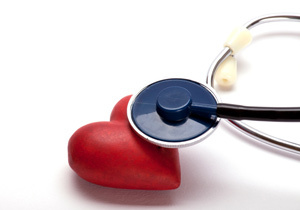 Before starting therapy, it is necessary to take into account the state of health and possible contraindications. The most important thing in the treatment of any violations is the fight against the risk to health. Among diseases and conditions that are not compatible with the drug Vinpocetine, the following should be distinguished:

It is very important to familiarize yourself with such reactions before starting the use of the drug. Among the side effects should be identified as follows:

The electrocardiogram will have the following changes: an increase in the QT interval, the ST segment will lie below the isoline( segment depression).

External manifestations: skin hyperemia( mostly faces - it is red and hot to the touch).When injecting a drug, thrombophlebitis may develop at the site of the injection.

Media of the preparations that are similar in mechanism of action and effect with Vinpocetine should be distinguished as follows:

Cavinton or Vinpocetine - which one is safer?

Quite a fair question for many patients - what is better: Vinpocetine or Cavinton? In terms of the best, one should consider the medicine that is less safe for health.

Initially, it was believed that both drugs are identical in all, but it is not. Although these drugs contain the same active substance( the dosage is also no different), but they have different effects on the body in terms of toxic effects. For example, Cavinton during the synthesis of the active substance undergoes a complex process of cleaning the alkaloid, which makes it less safe for the patient's health. That's why neuropathologists prefer this drug. It is much more expensive than Vinpocetin( almost three times).

Interaction with other drugs 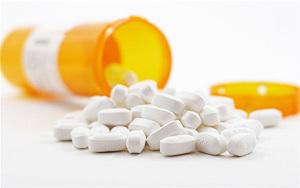 In case of consuming a large amount of medicinal product( more than 30 mg per day) it is recommended to immediately wash the stomach with a physical solution.

After this, it is necessary to take activated charcoal to absorb the drug from the walls of the stomach. It is advisable to see a doctor for further symptomatic treatment. Special instructions for the use of Vinpocetine

Caution is advised to take the drug with patients with concomitant diseases:

Is it possible to take the medicine to children?

In addition to all of the above indications, the use of Vinpocetin for children is also shown. Most often, such neurological disorders as: 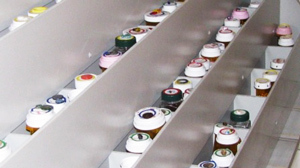 Vinpocetine belongs to the drugs of list B. Store the package in a dry place, away from direct sunlight. The optimum air temperature should not exceed 25 degrees Celsius.

In conclusion of the article, it will be advisable to provide a few reviews of patients who have already experienced the action of Vinpocetine on themselves.

Feedback on the application of

Became taking Vinpocetine on the advice of a neuropathologist. The drug was taken immediately when neurological disorders were detected. I can not say exactly what the effect came from Vinpocetin, since Trental took a parallel. Dosage was prescribed to me not the maximum - 20 mg / day( 10 mg twice a day).

The doctor prescribed treatment with Vinpocetine in ampoules. When 1 ampoule was injected, a 0.5% solution in a volume of 2 ml did not notice a visible effect. The doctor corrected the dosage a little, as a result, two ampoules of the drug( in the morning and in the evening) were stabbed a day.

Finally came the long-awaited effect, and also improved vision( see the new effective drug for eye Oco-plus - HTTP: //GLAVVRACH.COM/ OKO-PLYUS /).Much better than other nootropics, as it does not cause excitement( you had to take sedative medications in parallel).

I myself do not complain about high blood pressure, but even, on the contrary, I suffer from low rates. But her wife suffers from hypertension, and poorly controlled. This problem arose quite recently, but brought a lot of trouble. Turning to a doctor, she was prescribed a medicine Vinpocetin. In order to quickly cope with the problem, we immediately purchased tablets of 10 milligram dosage, 50 pieces per pack. It is worth the medicine is not too expensive( about 200 rubles).The way of application does not give complexity: three times a day after meals. The course of treatment was slightly more than one month.

Among the doctor's instructions were these: you can not drink alcohol while taking medication. My wife drives a car, and so I inquired about the effect of the drug on driving. It turned out that it is very much for motorists. In the instruction there were many contraindications and side effects, but the wife did not have any.

As a result, the drug helped, we already take the drug for about two weeks and the effect is palpable. We hope that in the future the picture will not deteriorate. Thank the doctor.

With the preparation Vinpocetin first met when he was assigned to my father. He was found to have the presence of senile deafness, and the ENT doctor advised the drug to improve the blood circulation of the brain and the labyrinth. The doctor prescribed a treatment regimen that included intravenous injections of a 0.5% solution of Vinpocetine. After the course of infusion therapy switched to a tablet form.

Before prescribing the medicine, the doctor warned us about possible side effects( increased blood pressure).Unfortunately, my father began to jump pressure. If before the numbers were 140/90 mm Hg. After receiving Vinpocetine, the figures began to increase noticeably( up to 180/100 mm Hg).

As a result, we stopped the course of treatment with Vinpocetine, and instead we received another medication. But still I want to note that Vinpocetin has given a positive effect, albeit short-lived. It's just that my father did not come. 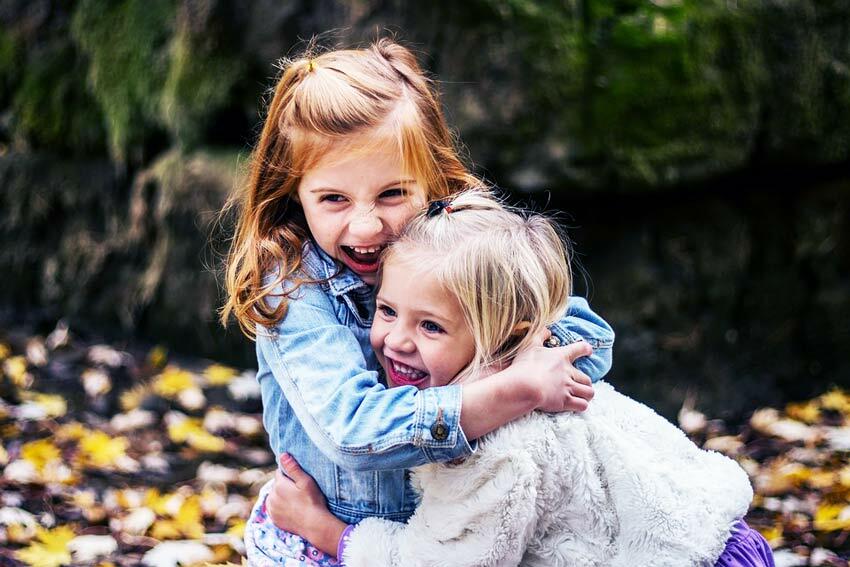 Mexidol tablets and solution for injections - instructions for use

Photo: Mexidol( tablets, solution for injections) Contents of the page 1 Mexidol - action of the preparation 2 Composition ... 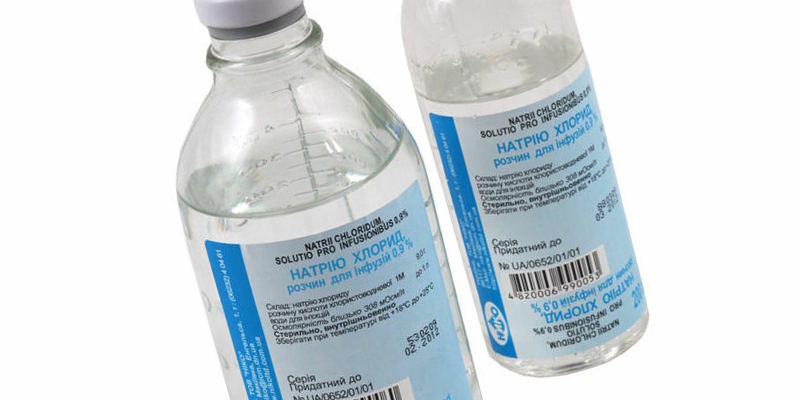 How to use saline solution for infusions and injections?

Contents of the page 1 Composition, properties and varieties of sodium chloride solution 2 Form, terms of sale and storage of ... 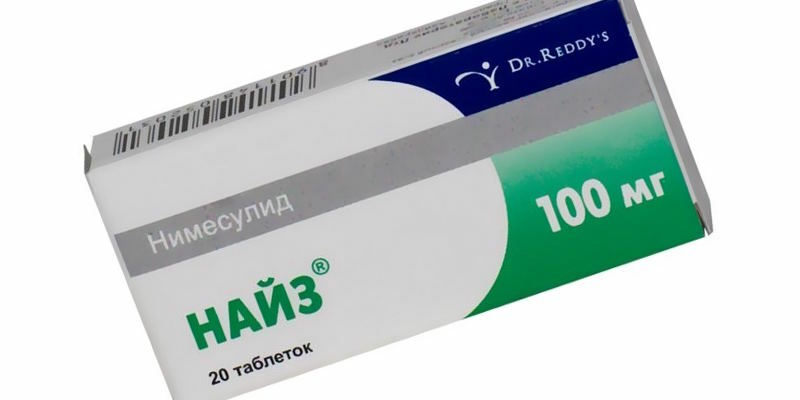 What helps Nize - instructions for use

Page Contents 1 Names - Description and Function of 2 Forms of Issue 3 When is Nyz used? 4 Contraindications 5 Ins...