FGS of the stomach: what is it, how is it done, what is different from FGDS?

Generally, FGS is done if there is a suspicion of having a stomach ulcer, neoplasms or in Helicobacter analysis. 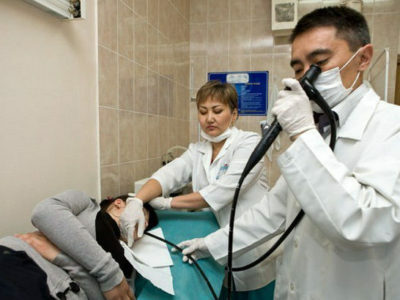 It is recommended to read

Indications for manipulation are complaints of the patient to:

Problems with swallowing are also a reason for conducting FGS.With this method of diagnosis, it is possible to detect malignant formation at an early stage of development, as well as to identify the cause that triggered the cancer. FGS is the most informative way to diagnose gastrointestinal bleeding.

Indications for the procedure are quite extensive. This method of manipulation, as a rule, is carried out to confirm or disprove the alleged diagnosis in the presence of clinical manifestations of the pathology of the upper GI tract, to control the existing diseases in order to determine the degree of development of the disease.

Despite all the positive aspects of diagnosis, this procedure still has a number of contraindications. FGS is not performed with the general weakness of the patient, during the period of hypertensive crisis or with heavy bleeding in the stomach. Also, with violations of blood coagulability and exacerbation of diseases of the cardiovascular system, the procedure is highly undesirable.

In the presence of neuroses, psychoses and other severe mental disorders, the procedure is very rare.

2 Technique for conducting the

study Many people are frightened of fibrogastroendoscopy at the appointment and consider this method of diagnosis to be dangerous and very painful. In fact, this is an erroneous opinion.

What is FGS?Fibrogastroenoscopy is a procedure in which a special tube( endoscope) is inserted through the mouth to the patient. At the end of the endoscope there is a small chamber. Used lens or fiber optic endoscopes, the diameter of which does not exceed 1.5 cm. The device is swallowed quickly enough and passes unhindered through the esophagus. 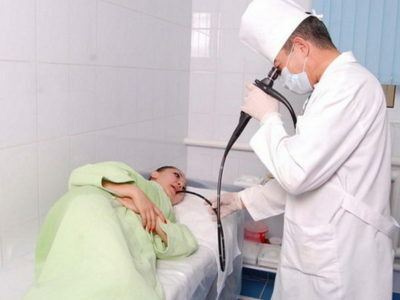 During the procedure, the camera transmits the enlarged image to the screen. Due to this, the doctor can examine in detail the stomach and its mucosa on the monitor, and if necessary, take a biopsy for further investigation.

How is FGS of the stomach done? Diagnosis is carried out by a gastroenterologist. Manipulation is carried out in several stages. First, the patient is given a local anesthetic, this will help reduce discomfort and prevent spontaneous trauma when swallowed. As an anesthetic, lidocaine is used as a spray. They treat the tongue and part of the larynx. The patient is then placed on his left side facing the doctor. A pillow or a roller is placed under the head.

After 5-7 minutes, anesthesia begins to work. The doctor inserts a special plastic ring into the patient's mouth - this prevents the spontaneous compression of the jaw, which can damage the tube. An endoscope is inserted through the ring. To make the procedure less painful and unpleasant, you need to relax and take a few swallowing movements that will help to quickly go through the tube and reduce the unpleasant sensation.

For a more thorough examination of the walls of the stomach, the doctor gives a small amount of air, thanks to which the stomach is straightened. During the examination of the stomach, the doctor turns the endoscope slightly in different directions in order to obtain a clear image of the gastric mucosa. This can cause unpleasant sensations. To reduce discomfort, it is recommended to breathe deeply through the mouth and try not to swallow saliva. After examining the mucous the doctor slowly takes out the endoscope. When withdrawing the tube, there may be a urge to vomit. The whole procedure does not take more than 15-20 minutes. 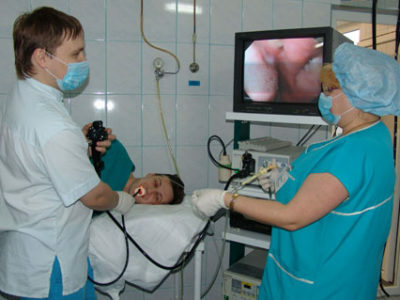 3 What is the difference between FGS and FGDS?

In modern medicine, with digestive system diseases, FGS and FGDS are performed. How do these procedures differ from each other? The abbreviation of FGDS means furogastroduodenoscopy. This method of diagnosis allows you not only to examine the gastric mucosa, but also to examine the duodenum with an endoscope. Often, the FGDS is called FEGDS.This abbreviation stands for fibroesophagogastroduodenoscopy. This method of diagnosis is carried out to study the walls of the intestine. 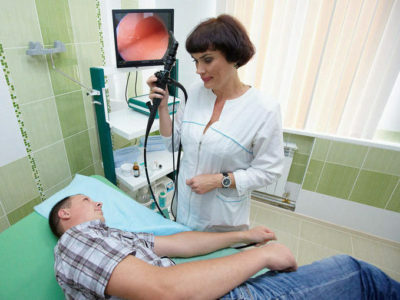 FGD is prescribed for suspicions of peptic ulcer or gut disease, malignant formation in the digestive organs. In addition, the procedure is carried out for violations of stool, nausea, acidic eructation, the presence of blood clots in vomit masses and other signs.

With the help of FGD, a doctor can apply medicinal medicines accurately. For example, when bleeding ligatures are imposed or tamponing is performed. EGF allows you to extract foreign objects that have been swallowed, for example, a coin or a button. When polyps are detected in the intestine with the help of an endoscope, they can be removed.

TIP FROM THE MAIN GASTROENTEROLOGIST

Korotov SV: "I can recommend only one remedy for the rapid treatment of Ulcer and Gastritis, which is now recommended by the Ministry of Health. .." Read testimonials & gt; & gt;

The EGF has a number of contraindications. This procedure is not carried out with myocardial infarction, exacerbations of the oral cavity or pharynx, circulatory disorders in the central nervous system, with severe mental disorders.

Diagnosis is carried out by an endoscopist. The procedure for carrying out the FGD is similar to the diagnosis of FGS.The study takes about 10-15 minutes. In the case of a biopsy, manipulation can last up to 20-30 minutes. 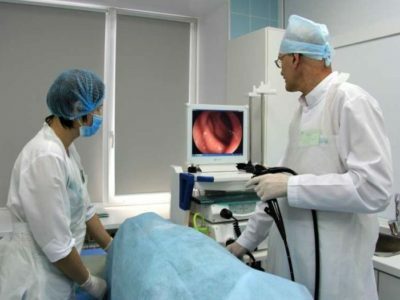 4 How to prepare for the procedure?

The diagnosis should be properly prepared. The quality of compliance with the rules depends on the result of the survey itself. When implementing the recommendations of a doctor, you can greatly facilitate the procedure itself. 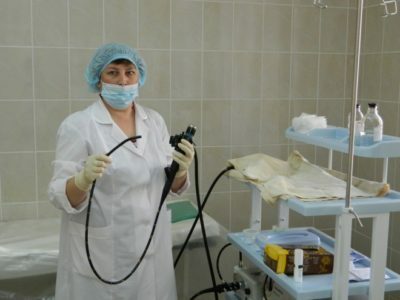 FGS and FGD do on an empty stomach, so basically the study is conducted in the morning.

Until the planned date of manipulation should adhere to a sparing diet.8-10 hours before the scheduled procedure, any food intake is prohibited, because this can provoke attacks of vomiting. The last meal should be very easy. It is allowed to eat foods that are quickly digested in the stomach, for example, boiled chicken breast or fish, boiled buckwheat, vegetable soup. It is strictly forbidden to use alcoholic beverages and spicy spices.

For prevention and treatment of gastrointestinal diseases our readers advise Monastic tea. This unique remedy consists of 9 medicinal herbs useful for digestion, which not only complement, but also enhance each other's actions. Monastic tea will not only eliminate all symptoms of the gastrointestinal tract and digestive system, but will also permanently eliminate the cause of its occurrence.

For 10-12 hours before the procedure, chocolate, nuts, sour fruits, fresh vegetables and seeds should be excluded from the diet.

As a rule, such products have time to digest for 8 hours, but if there are problems with digestion, they simply do not have time to process, and the diagnosis can not give a complete picture.

It is strictly forbidden to smoke before manipulation, as the tobacco smoke aggravates the production of gastric juice and exacerbates the gag reflex. Doctors do not recommend taking medications that need to be swallowed. If necessary, only injections and tablets for resorption are allowed.

For 30-40 minutes you can drink a weak and sweet black tea or mineral water without gas.

It is forbidden to clean the teeth before FGS and FGD, because this can lead to increased production of mucus in the stomach, which will complicate the examination as a result.

To make the procedure less unpleasant you need to choose the right clothes. She should not restrain and make breathing difficult. If necessary, you can unbutton the button on your clothes. Try to relax and breathe deeply. 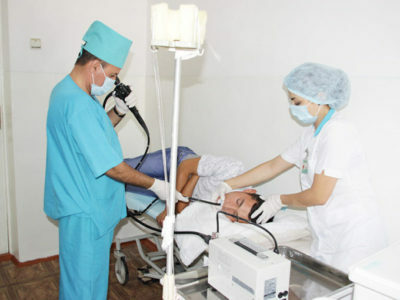 Very rarely the diagnosis is appointed in the afternoon. In this case it will be more difficult to follow the doctor's recommendations, but still it will have to be done.

After the procedure in 10-20 minutes the patient can return home. If a local anesthetic has been made, the patient may remain in the hospital until the end of its operation. The first couple of hours can feel a slight discomfort in the stomach and throat. Due to the use of air, bloating can be felt. As a rule, these symptoms pass on their own within a day.

Within 2-3 hours, doctors do not recommend eating after a normal FGS or FGDS.If the patient was biopsy, then you can not eat the next 5-6 hours. During the day, you should avoid taking hot and hot dishes.

It is not advisable to drink strong coffee, tea and mineral water with gases. Protein products should be excluded from the diet in the first day. Try to refrain from smoking.

As a rule, re-diagnosis is performed in case of appearance of other symptoms and complaints in the patient. There are no defined periods for the procedure. In addition to temporary discomfort, there are no other side effects.

Fibrogastroendoskopiya or FGS of the stomach is a modern way of diagnosing the upper divisions of the gastrointestinal tract. This research method allows you to determine the location and nature of the disease, and if necessary, conduct a biopsy. 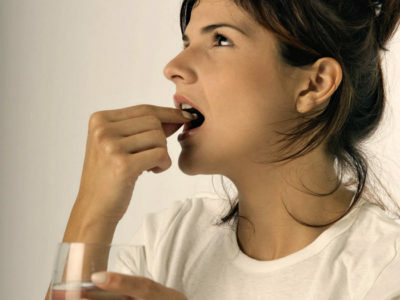 Rectoscopy of the rectum: what is it, patient preparation

1 The essence of the procedure What is a rectoscopy? This is a medical study that is used to diagnose diseases of the colon, or rathe... 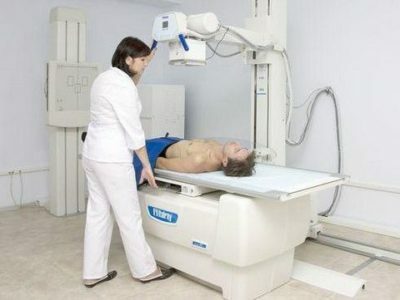 Gastroscopy of the stomach without swallowing the probe: is it possible to check the stomach in other ways?

1 Medical indications for prescribing procedure Some patients are panically afraid of traditional gastroscopy or have contraindicatio... 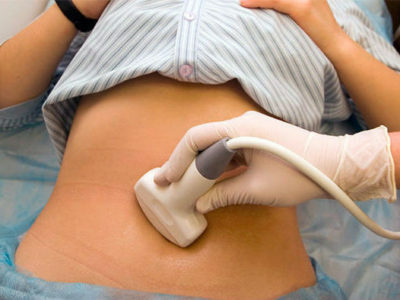 Uzi of the abdominal cavity, what is included, which organs?

1 Reasons for passing the test Indications for the passage of ultrasound: inflammatory, infectious, functional or oncological ...