Isofra spray and nasal drops for children: instructions for use

This article will discuss in detail the instructions for the use of Isofra, as well as analogues of the drug. The antibacterial drug Isofra is used in ENT practice in the treatment of inflammatory processes of the nasopharynx, frontal and maxillary sinuses.

When our body is attacked by an infection, it is the upper respiratory tract that takes the first blow. Unpleasant sensations and discomfort can and should be removed with the help of special means. Isofra is one of the most popular and effective medicines for the treatment of various types of rhinitis, and can be used by both adults and children.

The drug is currently available only in the form of a nasal spray. Isofra drops are a non-existent drug that is not available on the pharmaceutical market. The release of this form of a drug containing an antibiotic is impractical due to dosage errors. Therefore, on pharmacy counters you can find only a spray in a 15 ml bottle.

The main active ingredient of the drug is framycetin sulfate. Its concentration is 12.5 mg per 1 ml of spray. Sodium chloride, citric acid, methyl parahydroxybenzoate and distilled water are present as auxiliary substances in the solution. In addition to the medicine bottle, the carton contains a spray nozzle and instructions for use. The shelf life of Isofra after opening the bottle is 1 month, before opening - 1.5 years.

Mechanism of action and indications for use

Isofra nasal spray has a bactericidal effect and destroys a number of pathogenic microorganisms. The framycetin molecule is capable of inhibiting protein synthesis at the level of ribosomes, penetrating into the cell through the membrane. When applied topically, the drug has a detrimental effect on gram-positive and gram-negative bacteria, streptococci, staphylococci, facultative anaerobes and enterobacteria.

Spray Isofra is prescribed as part of the complex therapy of infectious and inflammatory processes of the upper respiratory tract:

Also, the spray is used as a prophylactic agent to prevent complications after surgery. Practice shows that Isofra spray effectively copes with nasal congestion with third-degree adenoids. It should be noted that the drug is not used for the defeat of the nasopharynx by viruses and is not used in the treatment of acute respiratory viral infections or influenza.

According to the instructions for use, this drug is approved for use in children over 1 year old. However, some clinical studies have shown that the drug is safe and can be used for newborn babies. The spray has been proven to be effective in infants over one month old. At the same time, it must be remembered that Izofra spray for children is prescribed only by the attending physician. Independent use of the drug in this case is unacceptable.

Most often, a medication is prescribed for children with a lingering rhinitis and purulent discharge from the nose. Isofra in the ears can be used in the treatment of otitis media (inflammation of the middle ear).

Despite the rather comprehensive information contained in the instructions for the spray, the pediatrician determines the specific treatment regimen. At the same time, there are several basic nuances and rules that must be followed when treating a cold in babies using Isofra:

The use of such a spray guarantees maximum safety during the treatment process. The sprayed substance is better distributed over the affected surface of the mucous membrane and does not enter the baby's stomach. The main component, framycetin, has low bioavailability and is practically not absorbed into the bloodstream. Thus, the local application of the drug does not provoke complications of a nephro- and ototoxic nature.

The monocomponent drug Isofravnos is also used to treat adult patients with inflammatory processes in the sinuses and Eustachian tubes. The daily dosage for this category of patients is 4 to 6 injections per day in each nostril. In order to avoid the addition of fungal diseases and dysbiosis of the mucous membrane, the duration of the course of treatment should be no more than 10 days.

Is it possible for Izofra to be pregnant is a topical question that patients in a position often ask their doctor. Despite the fact that the oto-nephro-vestibulotoxicity of the spray is extremely low, and the active substance of the drug hardly penetrates the systemic circulation, it is contraindicated to use it during pregnancy. All drugs of the aminoglycoside type, getting into the mother's blood, negatively affect the developing fetus. Among the consequences of using the spray during pregnancy, one can note the possible development of bilateral deafness in a child.

During lactation, the use of this medicinal product is also prohibited. The components of the spray can enter the baby's body with breast milk. The use of the drug is possible only after transferring the baby to artificial mixtures. Breastfeeding can be resumed only two weeks after the course of treatment.

This drug should not be used with individual intolerance to framycetin. Also, it is not prescribed for hypersensitivity to drugs of the aminoglycoside series. Due to the low knowledge of the safety and efficacy of the drug in pregnant and lactating women, it is contraindicated in this category of patients. With extreme caution, framycetin preparations should be used for patients with the following pathologies:

Spray Isofra is a fairly effective and safe remedy. Therefore, in the absence of kidney and inner ear diseases, the patient can safely use it within the recommended dosage.

Low systemic adsorption capacity of the drug virtually eliminates side effects. Patient reviews about the drug confirm the absence of such manifestations. With increased sensitivity to the components of the drug, allergic reactions may occur, which manifest in the form of urticaria or a rash all over the body, as well as signs of dysbiosis against the background of suppression of the microflora of the mucous membrane nose. Exceeding the recommended period of use can provoke a fungal infection.

The price of the drug in Russia varies from 250 to 400 rubles. However, there are drugs that are similar in action, which allows you to choose a cheaper, but no less effective drug.

Polydexa. Unlike Isofra, it contains two antibiotics at once, which expands the spectrum of the drug's action. Each of the components acts on a specific group of pathogenic microorganisms, which makes it possible to achieve a more pronounced therapeutic effect. The product comes in the form of a nasal spray and ear drops. Due to the high aggressiveness of Polydexa's components, it can only be used for children from 2.5 years old. The average price is 300-350 rubles.

It is worth noting that only a qualified doctor should determine analogues for replacing Isofra. It is the specialist who can choose the most suitable drug, taking into account the symptoms and general condition of the patient.

The youngest son suffered from a cold for more than two weeks. In the first week, I thought that it would pass and nothing terrible, but when the symptom dragged on, I realized that something needed to be done. The green purulent discharge from the nose also frightened me. The swelling of the nasal mucosa did not go away, the son could not breathe normally at night.

We tried various means: antispasmodic drops, sprays - nothing helped. At the doctor's appointment, we were prescribed Isofra spray. I paid 250 rubles for a 15 ml bottle. According to the instructions, the spray was injected three times a day, one injection into each nostril. The very next day from the beginning of the application, there was less discharge from the nose, breathing through the nose was freer. By the third day, the discharge became transparent, and on the fifth day, the runny nose was completely gone.

Six months ago, the child had a cold, or rather a runny nose. All other symptoms went away pretty quickly, but there were problems with the nose. At first there were transparent discharge, and then they became thick, viscous and greenish. Nothing helped, and I had to go to the doctor.

Then we got acquainted with the Isofra spray. I was embarrassed by the fact that this is an antibiotic, and I am always wary of the use of such drugs, especially when it comes to a child. But the pediatrician convinced me of the effectiveness and necessity of its use. The very next day after use, the child's condition improved. Discharge from the nose became less abundant and transparent. Three days later, this unpleasant symptom disappeared altogether.

I think that almost everyone, even the mildest cold, does not go away without a runny nose. But it can be different: sometimes it is quite easy to cure it, and sometimes it goes into a protracted stage. I used to deal with this symptom with various drops and sprays like Otrivin. But the last time, when the runny nose dragged on and was accompanied by severe congestion and thick purulent discharge, I had to use other drugs.

The doctor advised the use of a topical antibiotic Isofra. I first heard about it, read reviews, and decided to follow the recommendations of a specialist. Despite the fact that it is an antibacterial agent, it does not enter the bloodstream, but only acts on the surface of the nasopharynx. Before use, I rinsed the nose, and every day, 4 times injected one dose into each nostril. After three days, the runny nose was completely gone. The tool is quite expensive - I bought it for 370 rubles, but one bottle is enough for several course treatments. 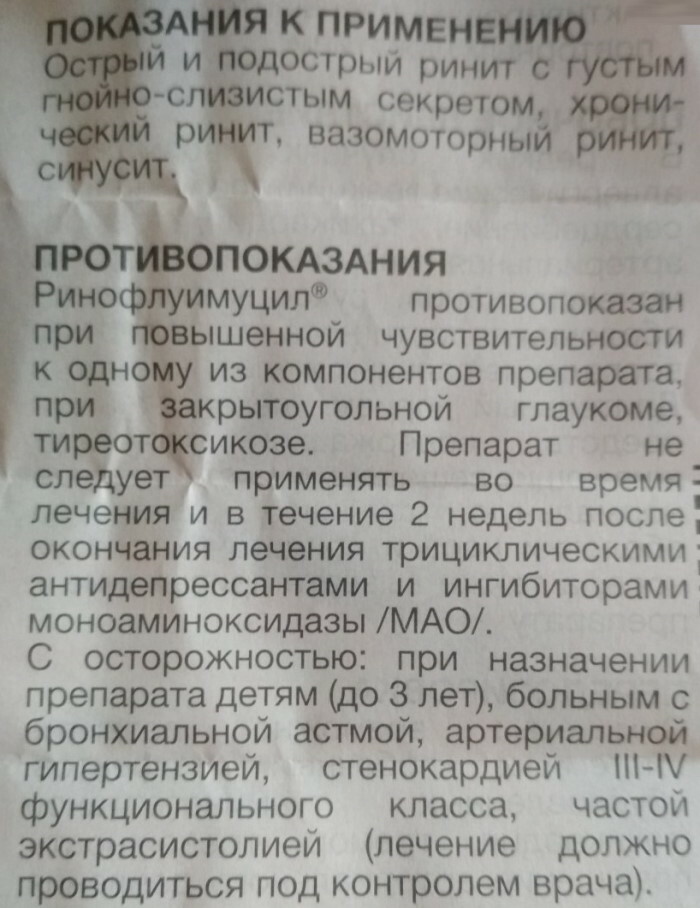 Fluimucil / Rinofluimucil in the nose and analog drops for sputum, runny nose

ContentThe composition of the drug and the mechanism of actionWhy is it usedThe main effects of the applicationDrops-analogs for sputum, runny nose... 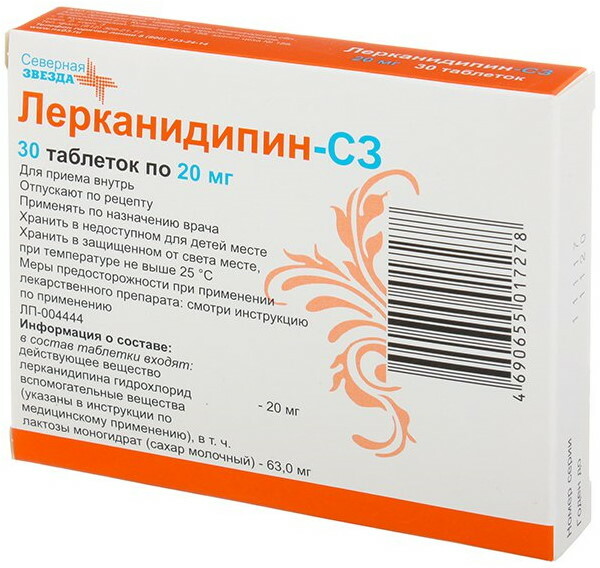 Hemorrhoids - a disease characterized by inflammation of hemorrhoids located on the inner wall of the rectum, from the anus. Hemorrhoids called pa...