Instructions for the use of the drug Naphtizin indicates that this drug is intended for the treatment of rhinitis in adults and children. The use of a medicinal solution provides a quick and long-term therapeutic effect in many ENT diseases accompanied by rhinitis.

Drops Naphtizin - description of the drug

Naphthyzin is a drug from the group of alpha-adrenergic agonists, which, when applied topically, has a pronounced vasoconstrictor action, quickly eliminates the swelling of the mucous membranes and relieves the feeling of congestion for a long time nose. The main active ingredient of the drug is naphazoline, which stimulates alpha-adrenergic receptors, rapidly narrows the vessels of the mucous membrane in the nasal cavity. As a result, hyperemia, swelling disappears, exudation of mucous membranes decreases, and nasal breathing is restored.

That is, the drug quickly and effectively relieves the condition with a runny nose, removes the symptoms of congestion, increases the lumen in the nasal passages and maintains the achieved therapeutic effect for a long time. Reviews on the use of Naphtizin suggest that one morning instillation of the drug is enough for almost half a day. During this time, the runny nose does not bother at all and the state of health remains normal.

The composition of Naphthyzin is a combination of the active substance - naphazoline with auxiliary components (boric acid and distilled water), which in combination provide the necessary effect from the use drug. The treatment solution is a clear, colorless liquid with a faint smell of boric acid. The drug is available in the following forms:

For the treatment of adult patients, a drug with a higher concentration of the active substance (0.1%) is used. The children's form of Naphthyzine contains 0.5 mg of naphazoline.

Nasal drops are produced in glass bottles of 5 and 10 ml, spray - in plastic bottles with a volume of 10,15,20 ml, equipped with a dropper complete with a spray tube.

Naphthyzine is recommended for use in the following cases:

In pediatrics, Naphthyzin is not widely used due to the abundance of side effects. But it is nevertheless prescribed to children with the aim of stopping nosebleeds, with an acute form of a cold and inflammation of the paranasal sinuses.

In addition to the main indications, the drug is successfully used in ophthalmology as an auxiliary agents in the treatment of chronic or bacterial conjunctivitis and asthenopic disorders character.

If Naphtizin is used as part of complex therapy for eye diseases, the dosage and method of administration of the drug are exclusively under the jurisdiction of the attending physician. In ophthalmology, the medication is used for conjunctivitis of microbial origin. For instillation, use only a 0.05% solution in a volume of 1-2 drops in each eye.

This remedy is not very suitable for the treatment of ophthalmic pathologies, it can cause a feeling of dryness, cramps and pain in the eyes. In addition, the pronounced vasoconstrictor effect of the drug contributes to an increase in intraocular pressure and, with frequent use, can provoke serious complications. Therefore, Naphthyzinum should be used for the eyes only according to indications and under the supervision of an ophthalmologist.

The main contraindications to treatment with this drug are pathologies such as:

The drug should not be used in case of hypersensitivity to its components. It is forbidden to prescribe Naphtizin at the same time as taking MAO inhibitors and within 2 weeks after their cancellation.

You can use naphthyzine during pregnancy, but before you treat a runny nose with it, you need to consult a doctor. As numerous reviews say, while carrying a child, the use of these drops often causes side effects such as racing pressure, nausea, severe dizziness, local allergic rash and much more, which negatively affects the general well-being of the pregnant woman women.

Contraindications include side effects that occur during the treatment of the common cold with this drug. For example, severe headaches, redness of the mucous membranes, dryness and pain inside the nose, tachycardia attacks and pressure surges. The appearance of such symptoms indicates a personal intolerance to this medication.

Among other adverse reactions to the drug, such manifestations as reactive hyperemia, tachycardia, severe headache, increased blood pressure are possible. In this case, treatment should be stopped immediately and another drug should be selected with the help of an otolaryngologist.

It is unacceptable to use Naphtizin for a long time (more than 7 days). Prolonged use threatens irritation and swelling of the mucous membrane and increases the likelihood of developing atrophic rhinitis.

Long-term use of Naphthyzin can cause addiction and dependence on this medication. A patient who has been using a remedy for the common cold for several months can no longer breathe normally without the use of drops. This is due to the fact that the vessels gradually adapt to the action of the active substance and cease to react to it. As a result, the therapeutic effect does not last long and an increasing volume of the drug is required to achieve it.

Long-term use of Naphthyzin negatively affects the state of the mucous membrane - the process of cleansing the nasal cavity slows down, the ability to feel and recognize odors deteriorates, there is a burning sensation, dryness and irritation mucous membrane. Against the background of a violation of the blood supply to the mucous membranes, persistent headaches, weakness, increased irritability and nervousness occur.

Many patients, "addicted" to Naphtizin, hardly refuse to use the drug. A particularly difficult period is the first three days, since dependence on a drug is comparable to the effect of a drug on the body. In the future, the patient is advised to completely abandon the use of vasoconstrictor drugs, replacing them with safer remedies for the common cold based on natural ingredients or sea water. Over time, the impaired functions of the mucous membrane, as well as the ability of the vessels to expand, will be restored.

The shelf life of the medication is 3 years. When buying, you need to pay attention to the absence of sediment, since its presence indicates a violation of the storage conditions of the drug and its unsuitability for use.

Quite often, a medicine is sold “at discounted prices” through a promotion held in a pharmacy chain. When buying such a medication, you should carefully check the expiration date. Usually, the cost of a medicine is reduced to 10 rubles per bottle in cases where the shelf life is less than a month.

Naphthyzine, like any other medication, has a number of analogues. Among the preparations containing the same active substance, such medicines as:

Among other analogs that have a similar therapeutic effect, drugs can be called:

All of the above funds are much more expensive than drops of Naphtizin, in addition, the range of contraindications for them is wider and the degree of addiction is much higher. Therefore, it makes no sense to replace drops of Naphthyzin with one of its analogues, except in cases of individual intolerance to the drug.

I have known drops of Naphtizin since childhood. For colds accompanied by a persistent runny nose, the drug helped to breathe normally and relieve nasal congestion. After instillation, the nasal passages were cleared and all unpleasant symptoms disappeared. But you should not get carried away with this tool, as addiction develops to it.

If now I have symptoms of a runny nose, then during the day I get by with softer and safer sprays or drops based on seawater, which eliminate puffiness. And I use Naphthyzin at night, as it has a longer therapeutic effect, which allows you to sleep peacefully all night. But in case of chronic rhinitis, I would recommend Loromax remedy.

Previously, I often used the Naphtizin spray, it helps well to eliminate a runny nose. But lately I have been suffering from the fact that my nose is constantly stuffy, breathing with difficulty, the mucous membrane dries up. Apparently, he used this remedy for too long, as a result, the usual doses no longer give any effect.

I had to go to the doctor for an appointment to find a reliable drug for the common cold. There I learned that addiction develops easily to Naphtizin and you can use it for no more than 5 days in a row. Now you have to treat the mucous membrane and recover from the incorrect use of Naphthyzin. So, even a runny nose requires the right approach. It is better to first consult with your doctor and only then buy the drug.

Naftizin drops are not bad, they were prescribed to us for the treatment of a cold in a child. After instillation, the nose was immediately cleared, and the baby could breathe freely. But you can only use them for 5-7 days, otherwise complications are possible.

But by this time the symptoms of rhinitis usually become less pronounced and in the future you can use already soft baby drops from the common cold, for example, Aqualor baby. They contain sea water, which eliminates puffiness well and does not cause side effects.

Pulmonary atelectasis: what is it? Symptoms and treatment of atelectasis

Pulmonary atelectasis - spadenie any pulmonary tissue site that occurs due to compression of the lung or bronchial obstruction outside the lumen. ... 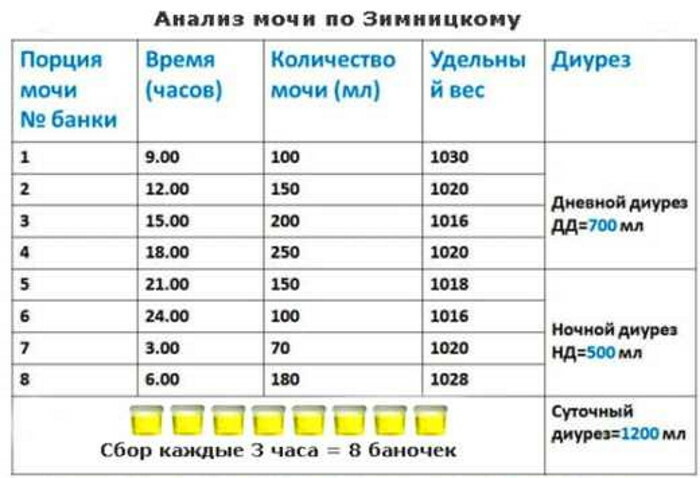 Urine according to Zimnitsky. How to assemble correctly. Algorithm for an adult, a child