Samozdrav is breathing simulator, intended for the treatment of various diseases. The device has proven itself well and has an acceptable cost.

What is the device used for

The device is used for various diseases of the respiratory system. However, it has a positive effect on the circulatory system and other internal organs.

Indications for the use of the drug:

The simulator is also useful for those who have recently had a stroke or heart attack. It helps to normalize blood circulation and improve respiratory functions, while saturating the cells and tissues of internal organs with oxygen.

The simulator is a small compact device for home or inpatient treatment of various disorders.

There are several versions of the device. The models may differ in the installed jar, the volume of which may vary depending on the application. Thus, cans are produced for 0.65, 1, 1.5 and 2 liters.

Samozdrav is a breathing simulator, the price of which may vary depending on the place of purchase (region, region, specific store). Therefore, before purchasing it, it is recommended that you first familiarize yourself with the official representatives of the company that produces the device.

The device itself, regardless of the place of its implementation, has a standard package. It consists of 2 chambers, which are interconnected by a breathing tube equipped with a special mouthpiece. Also, an indicator is installed in the device, with the help of which a respiratory mixture is formed, which is obtained in the process of converting air from the atmosphere and the air exhaled by people.

To absorb and transform air, the device is equipped with a 3rd chamber made of glass. This chamber is closed with a special cover with several holes to absorb the ambient air.

The device also has a regulator that allows you to set the volume of inhaled and exhaled air.

Mechanism and principles of action

The degree of saturation of tissues and cells of the body with oxygen depends on its concentration in the blood. With oxygen deficiency, the organs do not receive sufficient nutrition, which leads to various disorders, especially from the side of blood supply and the state of the circulatory system.

The principle of operation of the apparatus is to saturate the human body with oxygen. To do this, the patient inhales the resulting mixture through a tube, which is distributed throughout the body. As a result, the blood supply process is normalized, which leads to an improvement in the nutrition of tissues and organs and, as a result, causes a complete elimination of diseases.

Children from 10 to 12 years old are recommended to use the device in stages. Moreover, of the 5 existing stages, only the first 3 should be used.

Elderly persons not older than 70 years 3, 4 and 5 stages are applied only if necessary and no more than 1.5 months.

Stage 5 is contraindicated in elderly patients from 70 years of age and older, so the duration of the full course of treatment may increase. This category of patients requires a mandatory consultation with a doctor.

The device is not used during pregnancy.

Samozdrav is a breathing simulator (the price of the device is not a criterion for its therapeutic effect), which should be used in strict accordance with the established instructions, since its incorrect use can lead to various negative effects.

The duration of the first procedure should be no more than 3 minutes. Subsequently, every day the duration is increased by 1 min. The maximum session time should not exceed 30-50 minutes. The simulator is used no more than 1 time per day.

The sessions are held according to the established stages. At the end of all stages, treatment should be continued. In this case, it is necessary to use the bank that was at the last stage. The duration of the sessions should be half an hour, 2 times per knock.

During therapy, as well as before and after its completion, it is recommended to use a capnometer - a device for determining the content of carbon dioxide in the blood.

When using the simulator in the early stages, there may be a feeling of lack of air and a desire to interrupt the session. This sensation develops in most patients, so a specific exposure time needs to be established.

Recommendations and rules for using the device:

In the absence of a suitable can in the kit, you can replace it with another one by pouring a predetermined amount of water into it. For example, if a 1.5 liter can is not included in the set of the simulator, it can be replaced with a deeper 2 liter can. However, before that, half a liter of water should be added to it.

The Samozdrav simulator has proven its high therapeutic efficiency with its systematic use and correct breathing exercises. At the same time, the efficiency of the device is in no way interconnected with its cost. 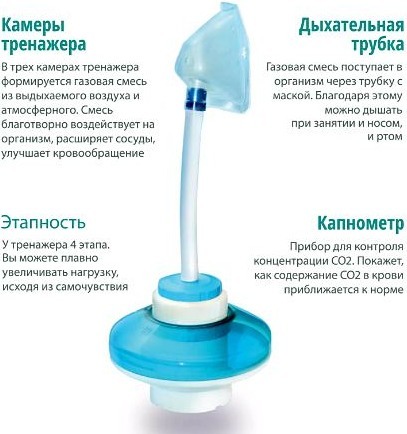 First of all, the functional ability of all respiratory organs is restored, work improves myocardium, which significantly reduces the possible risks of developing pathologies from the cardiovascular systems. At the same time, there is an increase in the elasticity of the vessels, the lumen increases, the signs of atherosclerosis disappear.

The device relieves attacks of shortness of breath, improves breathing and leads to the elimination of symptoms of bronchial asthma and other lung diseases, since the respiratory system receives a sufficient (physiologically necessary) amount oxygen.

The device helps to normalize the functions of the gastrointestinal tract, restores and improves the functioning of the digestive tract. The patient's appetite improves, body weight decreases and, as a result, the general tone increases. organism, the mood improves, which ultimately leads to the restoration of psycho-emotional states.

Owing to oxygen saturation, an improvement in blood supply in the peripheral vessels is noted, and blood circulation in the brain is normalized. This balances blood pressure and eliminates headaches.

Samozdrav also has a therapeutic effect on the entire genitourinary system, reduces the risks of developing sexual disorders, and enhances potency.

The first results from the use of the simulator can be seen already after a few weeks. Full recovery can be achieved with daily use of the device for 1-3 months. The older the patient, the longer the treatment process will be required.

Samozdrav is a breathing simulator (the price of the device is affordable for most patients and is about 1,500 rubles), which must be used only in the absence of any contraindications to destination.

The simulator has some limitations to its use, since in various exacerbated conditions its use can only aggravate the patient's condition and lead to the development of complications. 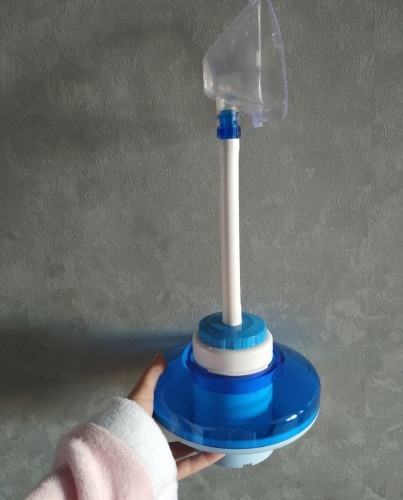 The device can be used with extreme caution in case of mental disorders, as well as in the presence of neurological diseases. In these conditions, treatment is recommended under the supervision of a physician.

Potential harm and side effects

In some cases, during the first 1-2 weeks, the patient may develop various negative symptoms associated with an increase in the concentration of carbon dioxide in the body. Similar symptoms are noted during the transition from one stage to another.

This condition, as a rule, does not last long and disappears on its own within a few 7-14 days. 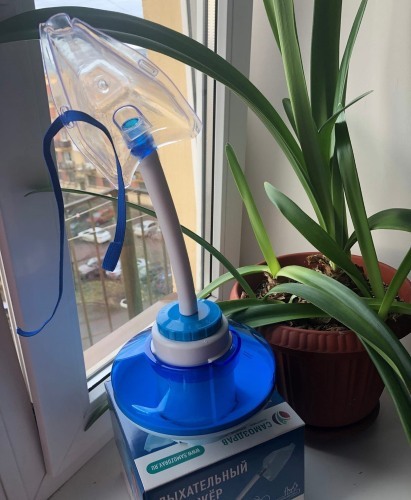 With the development of other negative reactions, including manifestations not noted in the instructions for use of the device, it is recommended to stop further treatment and consult a specialist for advice.

Samozdrav is a breathing simulator (the price of the device is not a factor in whether it has advantages or disadvantages), which has a high therapeutic effect when used correctly and regularly.

The device has its own advantages and disadvantages, which should be considered before using it. You should also study the reviews of patients who have already undergone a course of treatment with a simulator. This will allow you to find out additional features of the operation and the effects of the application.

In some cases, patients noted minimal or complete lack of therapeutic effect. This may be due to the individual physiological characteristics of a person or a violation of the rules for using the device.

Before using Samozdrav, it is recommended to first consult with a specialist and make sure that there are no contraindications for him. You can buy and find out the exact price of a breathing simulator at any specialized medical equipment store.

Video about the device Samozdrav

Immunoglobulin E is elevated in a child. The reasons what this means

ContentWhat is immunoglobulin E, what is it responsible for in the child's bodyThe role of the indicator in the diagnosis of allergic conditionsAna... 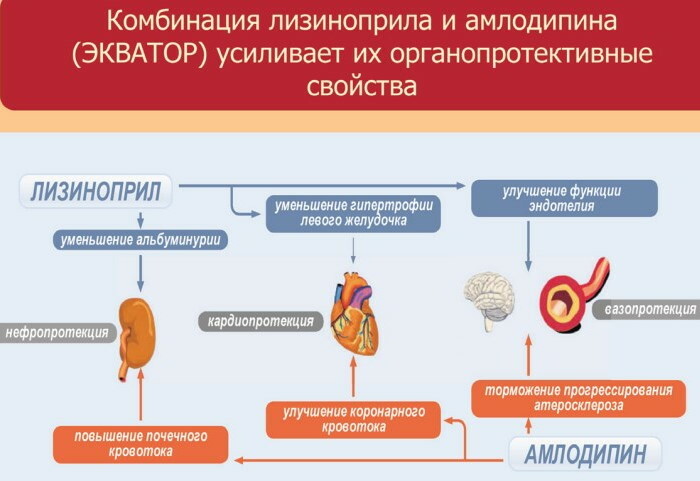 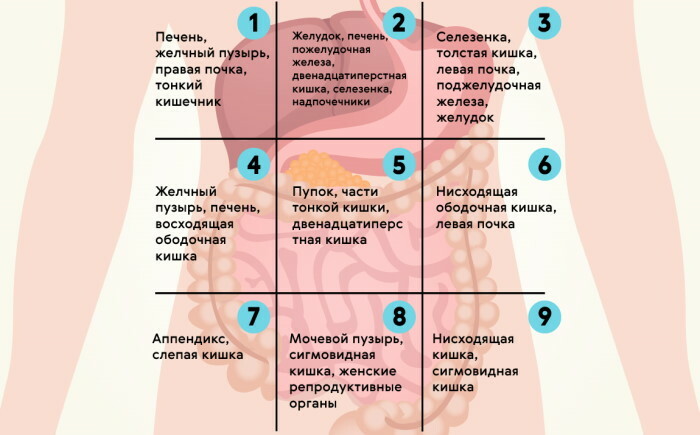