Blood is a mobile connective tissue in the human body. Her analysis can tell about any changes occurring in a particular organ or system. The most common analysis is considered a general clinical one, because it is accessible, simple and sufficiently informative. The study of the basic parameters of blood allows not only to correctly diagnose, but also to correctly prescribe therapy.

Some diseases (especially in children), such as neuropenia or anemia, begin to develop gradually and do not even a pediatrician with experience will always be able to recognize their development, and a general blood test will help to find the cause of anxiety child. But to recognize the changes, it is important to know the rate of blood counts.

The rate of indicators for its most important components for children under one year and older is described in the table below:

Blood indicators in children (the norm is described in the table) are deciphered in several stages, during which the main criteria of blood are assessed. Today, thanks to modern technology and new equipment, automatic determination of basic parameters can be easily performed.

Hemoglobin is a protein from red blood cells that helps transport the mineral iron throughout the body. And iron helps to retain oxygen, which is indispensable for the work of all body systems. Various factors can affect the level of hemoglobin, including age, gender of the child, and various pathologies.

The norm of hemoglobin in the blood of children is significantly different from that of an adult. Normally, in newborns, it is in the range of 130-190 g / l, but as they grow older, its level changes, but insignificantly, so for example, in children at 2-6 months it is 90-140, and from one year to 18 years old it averages 100-150 g / l. 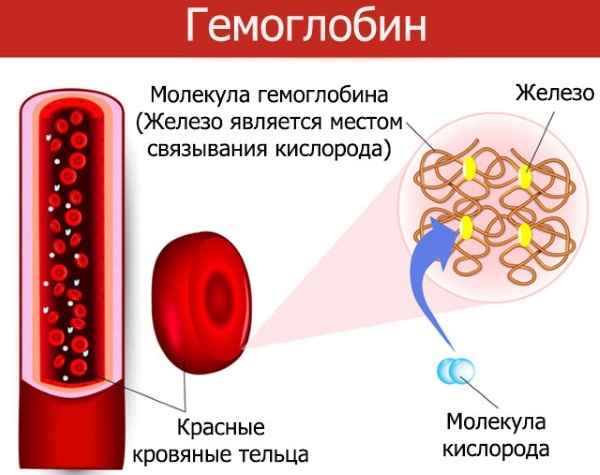 If the hemoglobin level exceeds the norm, then this may indicate the presence of such pathologies:

Red blood cells or red blood cells are the most abundant blood cells. Formally, they cannot be considered cells, since in the process of maturation they lose their cell structure. They completely lack nuclei, and they do not synthesize protein molecules, unlike other blood cells. Red blood cells are formed in the bone marrow and constantly circulate through the blood throughout the body, transferring oxygen from the respiratory system to tissues and organs, and removing carbon dioxide.

If the level of red blood cells is elevated, then this may indicate:

If the level of red blood cells is lowered, then a similar condition may indicate the development of such pathologies:

The width of distribution of erythrocytes in the general blood test

This indicator helps to assess the condition of red blood cells. With its help, it is possible to determine the index of the presence of erythrocytes of different volume in the blood, the area of ​​their distribution, the difference between large and small blood cells. Most often, red blood cells in the blood are homogeneous and equal in volume, but changes may be observed with age or in the presence of certain pathologies.

Erythrocytes and hemoglobin perform the same function in the body - to saturate organs with oxygen, maintain acid and alkaline balance, and remove carbon dioxide. But hemoglobin is part of the red blood cell. That is why, when passing the analysis, not one of the erythrocyte indices is checked, but several, and one of them is the distribution width of erythrocytes. 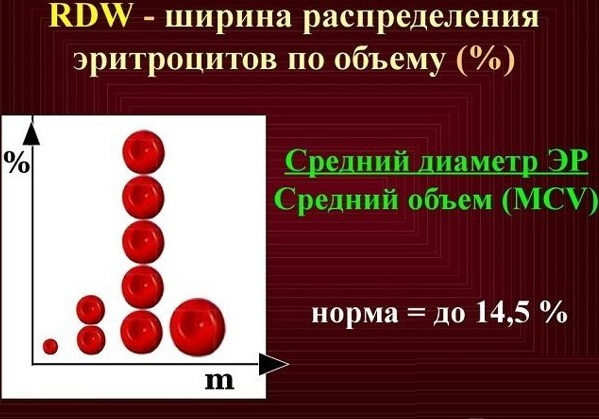 Blood counts in children (the norm of the width of distribution of erythrocytes at the age of up to six months is in the range of 14-18%, and after six months 11-14%), can be reduced, which indicates:

If the level is above the norm, then this may indicate development:

Also, an overestimated indicator can be in case of lead poisoning, pathologies of the heart and blood vessels.

This indicator displays the number and size of red blood cells in a general blood test. Thanks to this indicator, it is possible to determine the state of health of the human body.

Blood counts in children (the norm depends on gender and age) should be as follows:

Blood counts in children (normative data are given for informational purposes) can be increased, which indicates the development of such ailments:

If the indicator is below normal, then this indicates the development of anemia, leukemia, thalassemia, oncology, metal poisoning, profuse blood loss.

Average concentration of hemoglobin in erythrocyte

This indicator makes it possible to determine with what density the red blood pigment filled the cell. Its norm in the body varies between 32-36 g / dl or 320-360 g / l.

If the indicator is below normal, then this indicates such health problems:

An increased rate may indicate such pathological conditions:

For a person, a very high level of this indicator is very dangerous.

The erythrocyte sedimentation rate in the general blood test

In a general blood test, this indicator is abbreviated as ESR. The sedimentation rate must be checked during a general blood test. The ESR test is carried out during the diagnosis of any pathologies, as well as during dispensary examination and prevention. This nonspecific test helps to identify the presence or absence of an inflammatory process in a particular organ or system, but its cause is not revealed.

The level of ESR can increase in children during a cold, as well as other pathologies:

These are white blood cells that belong to a heterogeneous group of blood cells in the human body that differ in appearance and function. Leukocytes include neutrophils, eosinophils, and basophils. Also monocytes and lymphocytes. The general function of the entire leukocyte group is a reliable defense of the body. Normally, the content of leukocytes to peripheral blood is 4-10 x 109 for 1 liter of blood.

Leukocytes help protect the body from external and internal pathogens. If the level of leukocytes in the blood is below normal, then this is called leukopenia in medicine.

If such a problem is observed, then this may indicate that such pathologies are developing in the body:

If the level of leukocytes in the blood is higher than normal, then in medicine, this condition is called leukocytosis.

It is observed in the presence of such pathologies:

These are small platelets that are responsible for the main function of blood - its clotting. For the circulatory system to function correctly, it is simply necessary that the platelets fully cope with the functions assigned to them.

The platelet count in children depends on age:

If the level of platelets is elevated, then this may indicate such diseases:

Reduced platelets warn of the development of such ailments:

Also, a low platelet count can be observed with uncontrolled drug intake.

Hematocrit is a measure of the number of red blood cells in total blood volume. The average value of this indicator can be determined even with the naked eye, if you take an analysis and let the blood settle. Red blood cells that have settled to the bottom will indicate the level of hematocrit as a percentage of the rising plasma.

Each person's body contains about 5 liters of blood. It is composed of red blood cells and light plasma. If you leave the blood taken for analysis to settle, then the red bodies settle to the bottom, and the plasma rises to the top. 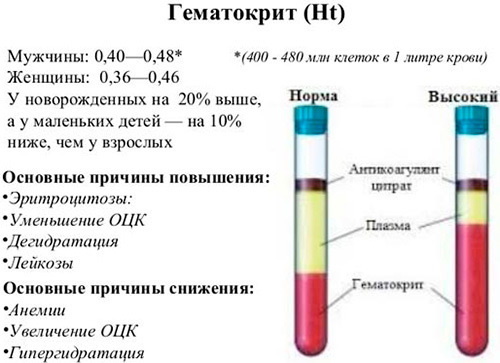 A hematocrit level below normal may indicate that the body is observed:

Also, its decrease can provoke the introduction of a large volume of fluid into the human body through a vein, overhydration of the body with water intoxication.

Increased hematocrit provokes erythrocytosis, erythremia, the inclusion of compensatory mechanisms on the part of the cardiovascular system.

As already mentioned, leukocytes are of two separate classes - granulocytic and agranulocytic. The group of granulocytes includes neutrophils, eosinophils and basophils.

Granulocytes are the guardians of the human body, which reliably protect the body from microbes. They are the first to detect pathogenic microorganisms.

In granulocytes, nuclei of irregular shape are present. It is these nuclei that are divided into 2-5 parts, it is for this reason that in medicine they are often called polymorphonuclear cells. About 75% of all leukocytes are granulocytes. These cells are present not only in the blood, but also in the cells of the body.

If you look at the blood test, then the granulocytes in it are presented in the following quantity:

If the level of this indicator is higher than normal, then this indicates that there is an infection in the body, the inflammatory process is actively developing. It can also increase in the second half of pregnancy, in the first days of the menstrual cycle, after a heavy meal.

If the indicator is below the established norm, then this may indicate a viral infection, liver pathology or collagenosis.

Their main function is protective and cleansing. Moving along the bloodstream, they find foreign bodies, which can be cancer cells, viruses, infections or parasites, and try to destroy them with all their might. They also fight bacteria and dead cells, removing them from the body.

The norm of monocytes in children from the first days until reaching the age of 16 changes:

When the level of monocytes in the blood rises, this may indicate that the body is developing:

A low level of monocytes in children is a very dangerous condition, because it can indicate depletion of the body and poor resistance to harmful factors.

This is one of the largest groups of white blood cells. It is they who are entrusted with the main protection of the body against pathogenic microorganisms. If an infection suddenly enters the body, the neutrophils absorb it, preventing it from developing.

In a blood test, neutrophils are tested in two categories: stab and segmented. In children, these two indicators change with age.

So segmented normally should be:

With a low level of neutrophils in the blood, the development of:

Also, their level rises after taking drugs with antibacterial action. 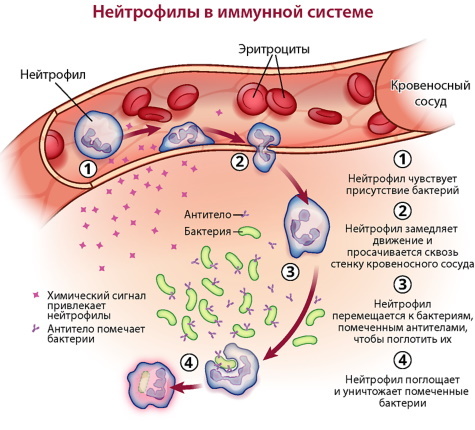 These are blood cells, which are entrusted with the function of protecting the body from pathogenic microflora. They are part of the leukocyte formula. These cells penetrate into the focus of the inflammatory process and stimulate cellular receptors in it, which are responsible for antiparasitic immunity.

The rate of eosinophils in the blood in children depends on age:

If the indicator in the analysis is overestimated, then this may indicate: A low score indicates the development of an infection or after injury.

These are the components of the leukocyte formula. Normally, in a general blood test for children and adults, it is 1%. Basophils are detected in the body if there is a suspicion of inflammation or an allergic reaction. Basophils themselves are one of the varieties of leukocytes, which are blood cells and are obtained from a granulocyte germ.

The norm of blood counts is a must for all adults. It often happens that the analysis fell into the hands of one of the parents before visiting the doctor, and it is very important to accurately determine whether there are any changes in it in order to help your child in a timely manner. In children, many indicators often vary depending on age, so many laboratories indicate the norm on the form, and it will not be difficult to determine deviations.

Video about blood tests in children

Komarovsky about a clinical blood test: 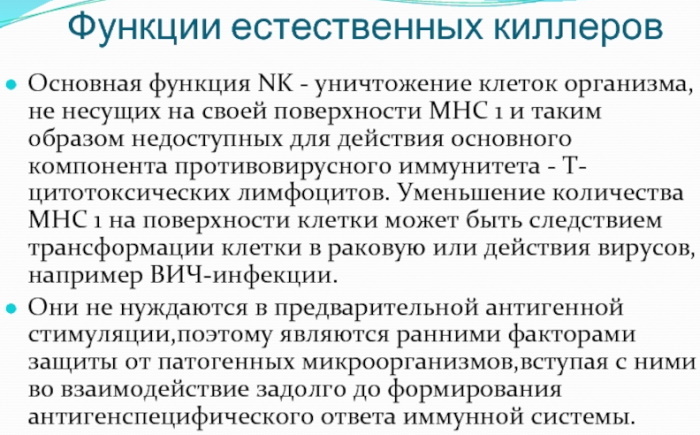 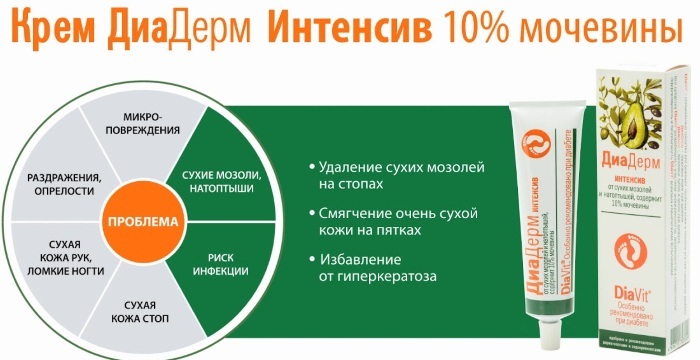 DiaDerm with urea for diabetics. Instructions for use, where to buy, analogues, composition, reviews, price 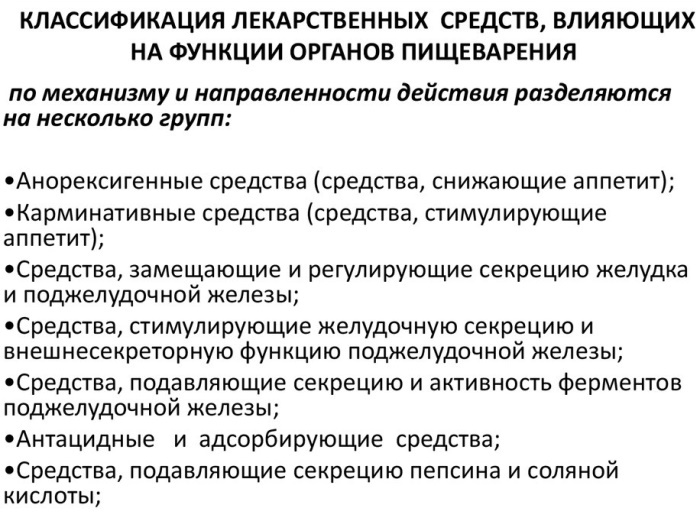