Coficil-plus is a drug that which is part of a group of medicines with analgesic, psychostimulating and anti-inflammatory properties. The indication for use is mild pain syndrome - a pathological condition accompanied by the appearance of acute painful sensations in various parts of the body.

The medicine allows you to stop headaches and toothaches, effectively combats migraines and recurrent female pains. Due to age restrictions, a list of contraindications and characteristics of drug interactions with other drugs, Kofitsil must be taken in compliance with a number of rules.

Kofitsil-plus is produced in the form of flat-cylindrical tablets of white color, odorless. Each cell contour blister, which is placed in a cardboard package, can contain from 6 to 10 capsules for oral use. The main active substances of the drug are represented by caffeine (50 mg), acetylsalicylic acid (300 mg) and paracetamol (100 mg).

In addition, the combined composition of the analgesic-antipyretic is supplemented with the following auxiliary components:

Due to methylcellulose, the time spent by Kofitsil in the body increases, the likelihood of occurrence allergic reactions, rapid penetration of the drug into the cornea is ensured, which prevents it drying out.

Kofitsil Plus can be bought without a prescription from your doctor. But you need to take it only after studying the instructions on the package or on the insert. Any medicine contains chemicals, uncontrolled intake of which can have a negative effect on the body. Therefore, special attention should be paid to the dosage, route of administration, indications for use, interaction with other medicines and food products.

Kofitsil-plus, the indications for the use of which will be discussed below, due to the lack of the need to receive prescription from a doctor before purchase, should be taken with caution in patients with a history of chronic disease. It is still recommended to consult a pharmacist in order not to cause further harm to your health.

The price of these tablets, which have analgesic, psychostimulating and antipyretic properties, may vary depending on the region. The average cost of a package containing 10 capsules is 33 rubles. And for a package with 20 tablets inside, you will have to pay 60 rubles.

Various active components have the following effect on the body:

Kofitsil-plus, the indications for the use of which are listed in the article, after dissolution of the protective shell of the tablet is well absorbed in the gastrointestinal tract. As for the duration of the half-life of active elements, for acetylsalicylic acid it is no more than half an hour, for paracetamol - 2-3 hours, for caffeine - from 5 to 8 hours. Components are excreted along with urine unchanged.

Kofitsil is usually used for symptomatic therapy. If the body has progressive inflammatory processes, it is recommended to supplement the analgesic-antipyretic with other medications.

The main indication for the use of the drug is attacks of severe pain in one or another part of the body, provoked by mechanical shocks or a number of pathological conditions of internal organs. Such pain can occur against the background of polyneuropathy, characterized by diffuse, relatively symmetrical damage to nerve fibers.

The pathological conditions in which you can take Kofitsil-plus are as follows:

Kofitsil-plus, in addition to indications for use, has a whole list of pathological conditions in which it is strictly forbidden to drink it. This, for example, is an individual intolerance to the active components that make up the composition, exacerbation of gastrointestinal ulcers. tract and bleeding from eroded or damaged by the pathological process of blood vessels into the lumen of the digestive organs.

Do not drink an antipyretic analgesic for a rare hereditary disease that is caused by a congenital absence or decrease in the number of blood clotting factors (hemophilia). Contraindications also include a syndrome of a decrease in the number of platelets (thrombocytopenia), disease Von Willebrand, characterized by the occurrence of episodic spontaneous bleeding, hypoprothrombinemia. 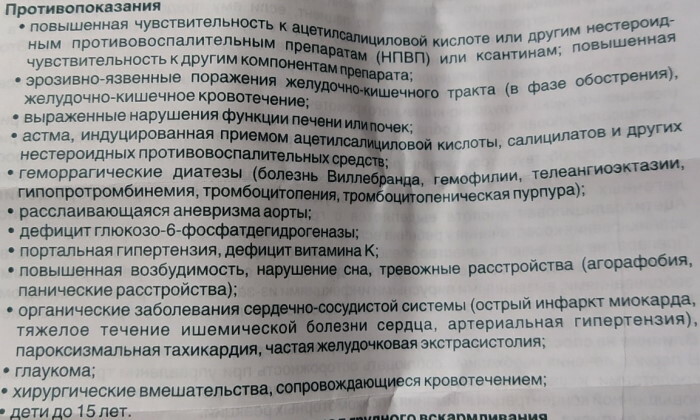 The drug is not prescribed for aortic aneurysm - a pathological local expansion of a section of the main artery, the diameter of which is 1.5 times the norm. With hypovitaminosis K, insomnia, high systolic blood pressure and renal failure, Kofitsil is also not prescribed.

Children who have not yet reached the age of 12 should not take Kofitsil, since the acetylsalicylic acid contained in its composition can cause the development of Reye's syndrome. This is a pathological condition, which is manifested by oxygen starvation of brain tissues and fatty degeneration of the liver.

The symptomatic picture of this condition is represented by indomitable vomiting, nausea, and frequent loose stools. If you do not take any measures, over time, hepatomegaly, neurological symptoms, and respiratory disorders will appear. All this is fraught with the patient falling into a coma.

During pregnancy and lactation

It is strictly forbidden to take the analgesic-antipyretic Kofitsil-plus during the period of gestation and breastfeeding. Under the influence of teratogenic factors possessed by acetylsalicylic acid, embryonic development is disrupted.

In the first 3 months of pregnancy, the use of Kofitsil can be fraught with the appearance of a cleft between the soft hard palate. The people call this congenital defect a cleft palate. If you take the drug at 8-9 months of pregnancy, labor may be inhibited, arterial the duct in the fetus, which normally provides embryonic circulation and is obliterated in the first hours after birth.

Kofitsil-plus, the indications for the use of which are combined in the article in the list, should not be taken by women who are breastfeeding. The drug can be excreted in breast milk, penetrate the baby's body and increase the risk of bleeding in the baby. This is due to the fact that the function of platelets, which contribute to blood coagulation, is disrupted in the body of a newborn.

Taking a medication that has a stimulating effect on the central nervous system, thereby reducing fatigue and weakness, is best during or after meals.

If it is already completely unbearable to endure the pain, the time interval between taking the pills should be at least 3-4 hours. As an analgesic, the medication is recommended to be used no more than 5 days, and with a complex scheme, the course can be increased to 10 days. The daily dosage according to specific diseases is provided in the table below. 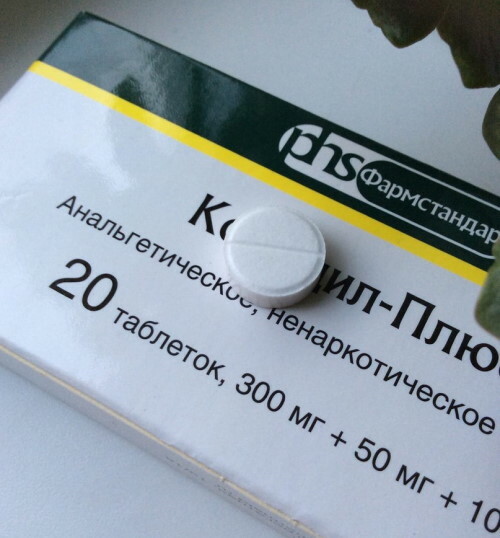 As for the side effects, on the part of the internal organs that perform the function of mechanical and chemical processing of food, these can be cramping pains in epigastric region (epigastralgia), vomiting, erosive gastritis, the main symptom of which is a superficial defect of the mucous membrane of the stomach and duodenum intestines.

From the urinary system, nephrotoxicity is not excluded, during which chemicals, contained in the drug, negatively affect the paired organ, which is responsible for the regulation of chemical homeostasis organism.

When taking Kofitsil, patients may experience allergic reactions, manifested in the form of urticaria. Scratching the rash is undesirable, since damage to the cover leads to the formation of small wounds that turn into scars during the healing process. The patient may also experience Stevens-Johnson syndrome (acute bullous lesions of the mucous membranes and skin), bronchospasm and Lyell's syndrome (severe stage of allergic bullous dermatitis).

The consequences of prolonged use of the drug are dizziness, decreased blood capacity curtail with the appearance of a tendency to re-bleeding and hemorrhage, hemorrhagic syndrome. A person often begins to have a headache, vision is impaired, and tinnitus appears.

Kofitsil-plus, the indications for the use of which are provided in the article, can be replaced with any drug containing a purine alkaloid, paracetamol and acetylsalicylic acid. The search for generics should be carried out according to a similar composition, drug interaction with cell receptors and a list of indications.

An analgesic non-narcotic agent is produced in the form of granules for mixing a suspension for oral administration, capsules, tablets. It is intended to combat the protective and adaptive reaction of the body in ARVI, paroxysmal headaches, toothache, and peripheral nerve damage.

The combined medicine has an antipyretic and anti-inflammatory effect, relieves pain, increases a person's indicator to work effectively and productively.

The dosage regimen is as follows:

The duration of the course of treatment should be no more than a week (sometimes it is increased to 10 days). It is strongly not recommended to take Excedrin as a pain reliever for more than 3 days. This can lead to a slowdown in intellectual processes, progressive paralysis of the respiratory muscles, bleeding, and a lack of urine flow into the bladder.

A pack of Excedrin, on average, will cost 235 rubles. The price may vary depending on the region in which the pharmacy is located.

A distinctive feature of this combination medication containing a platelet cyclooxygenase blocker, caffeine and paracetamol, is that it is available in the form of a pre-compacted, compressed powder for the preparation of a solution for oral administration rehydration. The powder contains Orange / Lemon flavor, baking soda, sucrose and artificial sweetener aspartame.

To prepare a suspension, it is necessary to dilute the contents of one packet in 100 ml of hot boiled water. If, for example, the headache is too severe, the recommended dose of Citramarine is 2 packets (solution is taken every 4-5 hours). To eliminate the symptoms of neuralgia, take 3-4 sachets per day, but not more than 3 days.

It is strongly not recommended to take Citramarine if there is a history of glaucoma, hemophilia, or a state of increased bleeding. For children under adolescence, taking medication as an analgesic is contraindicated.

The average cost of one pack of Citramarine is 180 rubles.

A medicinal product containing a fixed dose of more than two active ingredients, which is used to reduce fever in case of fever. Effectively relieves pain and stimulates the nervous system, consisting of the brain and spinal cord. Thus, the perception of the surrounding world is facilitated, the amount of mental work associated with information processing increases.

In case of attacks of severe pain (headaches, toothaches, neuralgia, joint pain), it is necessary to take 1-2 tablets no more than 4 times within 24 hours. The interval between the use of pills is 4 hours, but in patients with a syndrome of impaired renal / liver function, this indicator is increased to 6 hours. 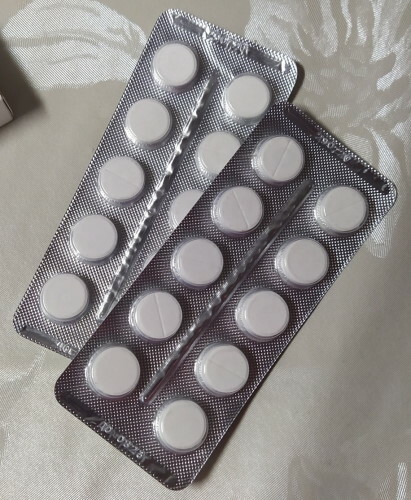 Kofitsil-plus can be used simultaneously with drugs that inhibit the activity of coagulation hemostasis, steroids, hypoglycemic agents, which includes Askofen-P. Among the indications for use is its ability to increase the production of hydroxylated active metabolites of stimulants, metoclopramide, which enhances the biotransformation of paracetamol.

Video about the drug Kofitsil-Plus 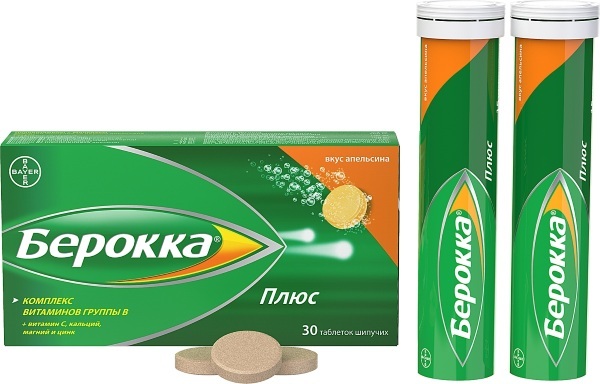 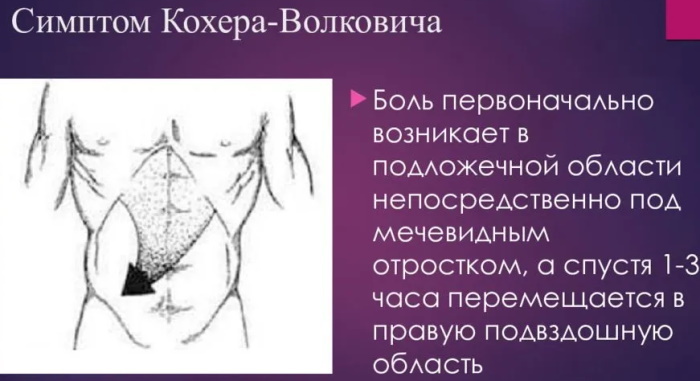 Kocher's symptom with appendicitis. This is what, the mechanism, why there is