The boomerang effect in psychology is, examples from life, a definition

The boomerang effect in psychology - this is the effect of mass communicationassociated with obtaining the opposite of the expected result. In social psychology, the "boomerang effect" refers to the unpleasant consequences that arise when an attempt to convince the arguer and the final acceptance of his opponent instead of the opposite position.

For the first time, media workers pondered the existence of the "boomerang effect" that people not only did not believe the information provided to them, but also tended to the completely opposite opinion.

In 1953, the term "boomerang effect" was formulated by American psychologists K. Hovland, I. Janice and D. Kelly, and in 1972 the Soviet psychologist Yuri Aleksandrovich Sherkovin, defined this concept in his work "Psychology of Mass Communications" as a dysfunctional effect that contradicts the desired goals.

The boomerang effect in psychology is the unforeseen consequences that arise when an argumentator tries to convince and instead accepts his opponent's opposite position.

The definition of the concept comes from the traditional sickle-shaped weapon of the indigenous people of Australia, used to hunt especially dodgy game. The peculiarity of this weapon is that the sickle-shaped boomerang launched along a certain trajectory, even without hitting the target, always returned to the hands of its owner.

It has a boomerang and the opposite effect, and if it is launched along the wrong trajectory on its return, it can kill the hunter who threw it.

Exactly the same processes were observed in the middle of the 20th century. mass media workers, when active mass propaganda provoked in people only the rejection of the information received, accompanying this process with an effect diametrically opposite, the expected action.

In 1947, in the work "Psychological Barriers to Communication" by the American researcher Daniel Katz, the opinion was first published that an excess of information triggers a protective socio-psychological mechanism in the human mind, which has the effect of a barrier that prevents absorption propaganda.

TO. Khovland, I. Janice and D. Kelly

In 1953, American psychologists K. Khovland, I. Janice and D. Kelly was first registered and called the "boomerang effect", noting that its appearance is most likely:

In 1957, American psychologist Jack Brem first drew attention to the fait accompli boomerang effect a cognitive dissonance that causes an event to produce the opposite effect expected.

As an experiment, he studied the behavior of eighth graders forced to eat vegetables they did not like. As a result of the study, it was found that the greater dislike for vegetables the child had before experiment, the more the pressure increased, leading in the final result to the appearance sympathy.

The result of this research by Brehm was the assumption that as soon as a person begins to feel that his freedom to maintain or relate to a certain position is subject to restriction, the stronger the psychological reactivity arises, aimed at obtaining the desired freedom and accompanied by a choice diametrically opposite position expectations.

In 1972, the Soviet psychologist Yuri Alexandrovich Sherkovin took up the study of the process, who drew attention to the periodically absent result of vigorous media activity. In his work "Psychology of Mass Communications", as an example of this phenomenon, the author described the work of the media to promote vaccination and prevention of seasonal respiratory diseases.

During the work of Yu.A. Sherkovin noted that the active work of television and newspapers led to both positive results (affecting quality of health care), and to negative consequences (forcing people not to get vaccinated, but to hide from a possible infection or deny it danger). The Soviet psychologist described this picture as a "negative influence" of the "boomerang effect", which led to the emergence of a deviation of positive thinking in the direction opposite to the desired goals.

Explaining what happened, the doctor of psychology noted that the effectiveness of the presentation largely depends on the satisfaction of the audience with the information received to its needs and its dosed provision.

According to Yu.A. Sherkovin, it is possible to prevent the appearance of the "boomerang effect" only by means of a dosed feed information by a reliable, respected by the majority of citizens, a source with the obligatory inclusion of the masses in the discussed processes.

A distinctive feature of the "boomerang effect" is also, according to Yu.A. Sherkovina, is his possible side action in which an abundant and effective presentation of information triggers a desire in the individual's mind to imitate seen. This is how a colorful television story about the crimes committed provokes the public to violate the law. And media coverage of the suicide process can provoke a desire for suicide in a teenager's fragile mind.

The boomerang effect in psychology is a result arising in the mind and actions of an individual that is directly opposite to the information presented to him.

In addition to traditional research that studies the influence of the media on the development of "law boomerang "and reflected in the psychology of mass media, there is also a number of related theories:

The concept of S. Hall, according to which the audience during the communicative process may have an opinion opposite from the one laid down by the argumentator. In substantiating his concept, the author put the principle of coding the mass media population, based on the dominant in society ideology and provoking the appearance in the audience of a distinctive, from the original, opinion or own, different interpretation.

The theory of William Burke, according to which the creators of the media themselves provoke the emergence of dangerous tendencies in society. The scientist assured that the risk is an integral part of the technical process, and supplemented by the "boomerang effect" it leads to the disclosure of the conflicting information potential and the spread of new mass theories.

Founded by Leon Festinger, the concept of cognitive dissonance, which appeared in 1957 and characterizes this concept as a state emotional and psychological discomfort of the individual, associated with the emergence of conflicting concepts in his subconscious, was reflected in the determination the concept of "boomerang effect". According to British psychologist David Cohen, the development of cognitive dissonance is largely due to the emergence of the "boomerang effect." 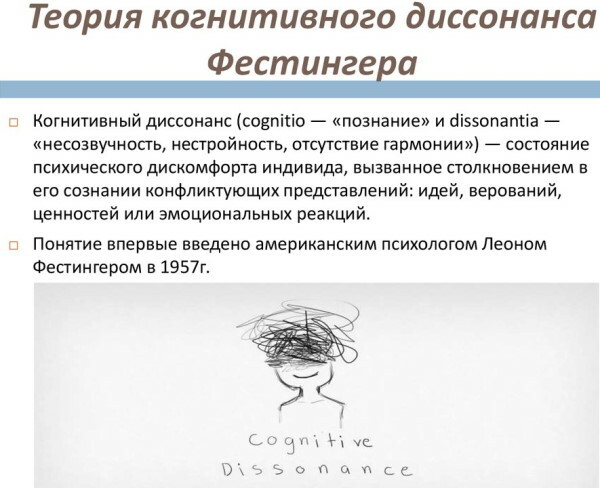 The theory of the "mutual dissonance effect" formulated by the psychologist is based on the argumentator's firm desire to convince in his position of the opponent, leading to the appearance in the latter of doubts or a desire to reject the position imposed on him. If the opponent sympathizes with the communicator, there is also a possibility of reducing the inconsistency in the action of the latter.

The boomerang effect in psychology is the dysfunctional result of bad propaganda, associated with the appearance in an individual of an opinion that is completely opposite to primary expectations.

The manifestation of the "boomerang effect" can be observed not only in the media, but also in other spheres of public life. This is most clearly seen at the stage of election campaigns, when active criticism of the opponent by one of the candidates led to the opposite effect and the appearance of mass sympathy.

A typical example of this behavior is:

In addition to political and social life, the manifestation of the "boomerang effect" can be observed in everyday reality. In contrast to public consciousness, in everyday life, this theory manifests itself as a "forbidden fruit", in as a result of which any restriction is perceived by a person as an incentive to action and a way of additional incitement curiosity.

This process was consistently described in Daniel Wegner's "Boomerang Effect" and consisted in the fact that, having read the novel "Sunday", L.N. Tolstoy, an American psychologist decided repeat with his students the case described in the novel, during which the author told how his older brother gave him the task of not thinking about white for a certain time bear. As a result, it was these thoughts that visited Lev Nikolaevich.

As a result of an experiment in which Wegner divided his students into 2 groups, instructing some to think about white bear, and others do not think about him at all, it was found that the ban only spurred students to the appearance of unwanted thoughts.

Based on this conclusion, Wegner formulated the "boomerang law" as an increase in the appearance of obsessive thoughts when trying to control them.

To prevent the emergence of cognitive dissonance characteristic of the "boomerang effect", psychologists insist on the elimination of severe taboos in everyday life. More rational, in their opinion, is a way of distracting from a dangerous moment, not provoking obsession, but switching the individual's attention from a dangerous object. 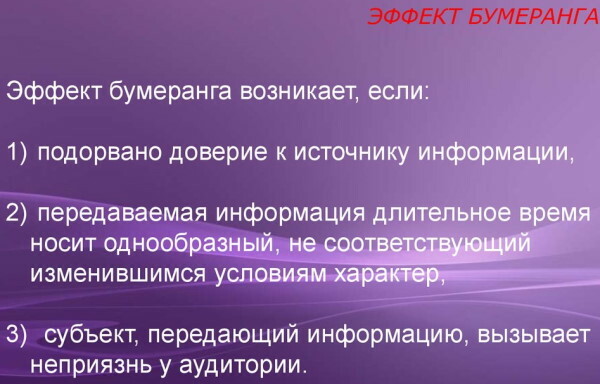 This process can be most effectively followed by the example of a parent who forbids a child to climb a tall tree. In the presence of a severe taboo in the subconscious of the child, a "boomerang effect" is triggered associated with the desire to restore the desired freedom and leading to a mandatory violation of the prohibition. An alternative suggestion of play in a less dangerous place will distract the child by preventing the appearance of a dangerous desire.

The "boomerang effect" in social psychology

In social psychology, the "boomerang effect" refers to the recurrence of a person's actions. Psychologists and philosophers associate this second meaning of the concept with the return of the sickle-shaped weapon. Australian aborigines, noting that for any negative action a person will sooner or later have pay.

In mass creation, under the "boomerang effect" it is also customary to understand the return to the individual of those actions that he previously directed against someone. In other words, any unseemly act committed earlier in relation to another person will certainly return to the offender.

Speaking about the recurrence of the "boomerang effect", scientists also rely on the fact that with strong feelings of an individual about his actions, a gradual destruction of his psyche occurs, which can ultimately lead to psychological trauma and deviations.

The unwillingness of the individual to perceive the information supplied to her in excess, transforming it into own, often opposite opinion is manifested directly during social interaction of people.

During socio-psychological research, experts found that aggression, manifested in words or actions of one person, and directed by him against another is ultimately directed against the one who uttered it or fulfilled. At the same time, those around them will sooner or later learn the truth, becoming, as it were, a weapon that returns the sender's unseemly actions.

An example of the "boomerang effect" is a life situation in which a woman who contributed leaving a man from his former family, after a few years he is faced with a similar situation, taking the place of an abandoned wives.

How to avoid the boomerang effect

The boomerang effect in psychology is in accordance with the second concept inherent in social psychology, the law of life, according to which the negative actions of a person will certainly sooner or later turn against him.

The peculiarity of this concept is also based on the fact that not only negative, but also positive actions have a reverse effect. In order to minimize the likelihood of a negative manifestation of the "boomerang law" in ordinary life, psychologists have developed a number of recommendations for which a person needs:

The boomerang effect is a psychological term that in its original concept meant the appearance in a person negative attitude to the information imposed on him, due to information satiety or mistrust of the original source.

Subsequently, the term associated with a return action to the owner of a sickle-shaped metal weapon was developed in social psychology, as a designation persistent desire, manifested in response to the prohibition existing in society and the obligatory return to the individual of negative actions intentionally rendered to him in relation to other people. 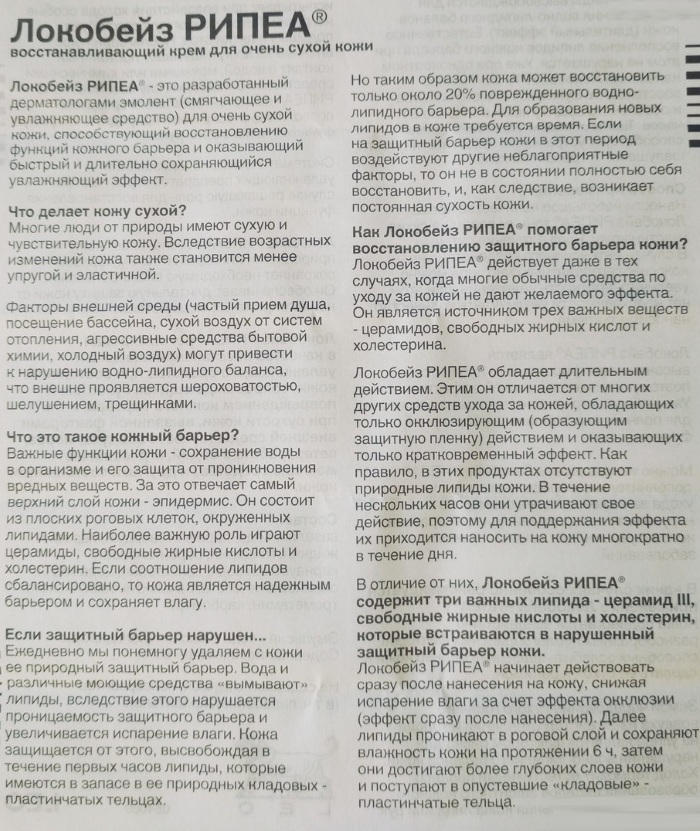 Locobase Repair cream. Price, instructions for use, analogs are cheaper, where to buy, reviews 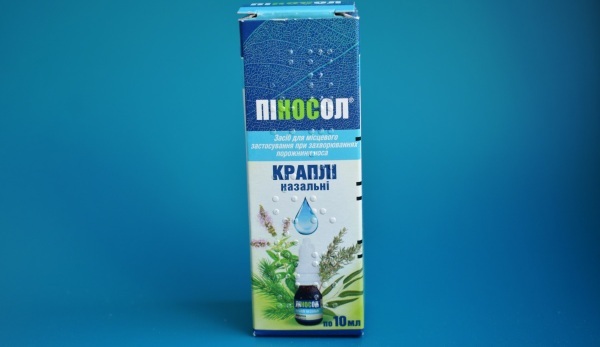 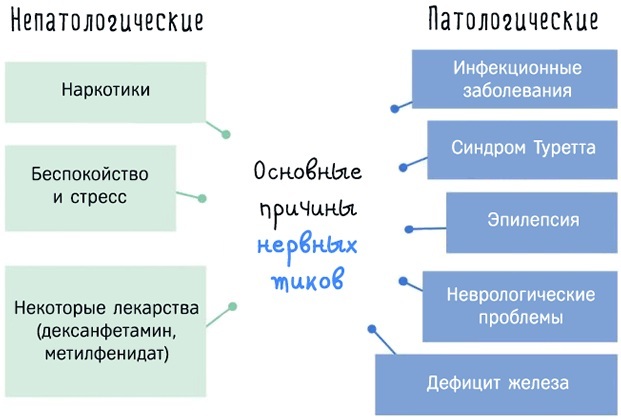 Tablets for a nervous tic of the eye in adults, children