Pirantel suspension for adults. Dosage, instructions, how to take

Pirantel is an anthelmintic drug, which is produced by pharmaceutical companies in Russia, India and Poland. The product can be purchased in 2 medicinal forms: tablets and suspension. In this case, the first form of release is used mainly for the treatment of adults, and the second, for the elimination of parasites in children (but it is also possible for adults).

Suspension Pirantel is a light yellow solution with a homogeneous texture and thickness similar to liquid sour cream. During storage, sediment may form, therefore, the drug must be shaken well before use. The suspension is placed in an amount of 15 ml in vials made of dark brown glass. Together with the bottle in a cardboard box there is a measuring glass for accurate dosing of the product.

Pirantel is a suspension for adults, which includes the following components:

In this case, 5 ml of the suspension contains 250 mg of the main component.

Suspension Pirantel belongs to the group of anthelmintic drugs.

Pirantel is a suspension for adults that has an anthelmintic effect by immobilizing parasites, as a result, helminths are removed from the digestive tract naturally due to peristalsis. In this case, the main component paralyzes not only adults, but also "young" helminths. But the larvae do not lend themselves to the action of the main component. In this regard, it is required to take the drug again after about 10 days.

In addition to the anthelmintic effect, Pirantel has:

The active substance of the suspension practically does not penetrate into the blood and is excreted from the body with feces.

The Pirantel suspension is prescribed for adults if the following parasites are detected in the digestive tract: 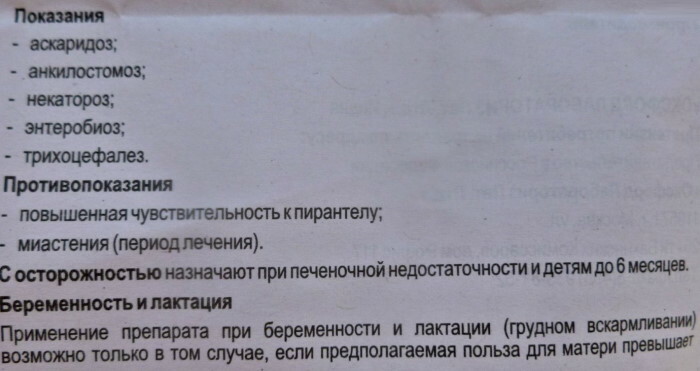 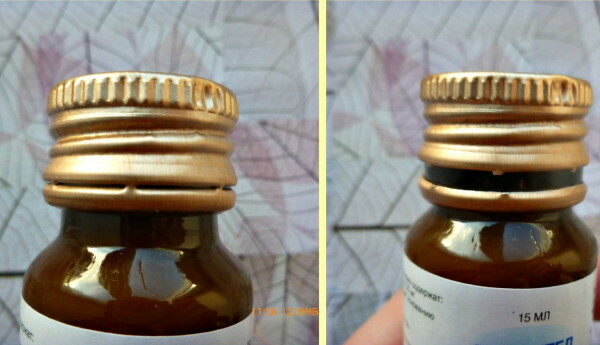 The suspension is allowed to be taken for prophylactic purposes in cases: when animals live at home (especially if they visit the street), or if there was close contact with a person infected with parasites.

It is forbidden to take Pirantel suspension in the following cases:

Important. It is strictly forbidden to combine the Pirantel suspension with the intake of alcoholic beverages, since the load on the liver increases greatly and the simultaneous intake of funds can lead to the refusal of the organ in work. It should also be borne in mind that during breastfeeding, for the period of taking the drug, it is required to transfer the baby to artificial feeding.

Instructions for use, dosage for adults

It is recommended to take Pirantel suspension in the morning, during breakfast, or 20 minutes before taking it. It should be borne in mind that the dosage of the drug for adults depends on weight and pathology.

Before using the suspension, the bottle with the product must be shaken well to form a solution with a uniform consistency.

After using the Pirantel suspension, in order to reduce the likelihood of re-infection, doctors discuss with the patient the following rules for the prevention of pathology:

If there are animals in the house, you should take the Pirantel suspension in a prophylactic dose every 12 months.

The course of taking Pirantel suspension is rather short (1-3 days), but even with a single use of the drug, the development of the following side effects is possible:

Not all side effects require immediate discontinuation of the drug. Therefore, if the use of the product has caused the appearance of some points of negative reaction, then this should be reported to the doctor. Further, the specialist will change the dose or select an analogue.

When a suspension is taken in a large dose, the likelihood of developing poisoning is extremely small, since the drug practically does not penetrate into the bloodstream and is completely excreted from the body.

But it is possible in case of an overdose of the following side effects:

If no more than 30 minutes have passed after swallowing the suspension, then gastric lavage and the intake of sorbents will be effective. If more time has passed, then the victim is given sorbents, and then symptomatic therapy is applied. There is no antidote to the remedy.

Pirantel is a suspension for adults that must be taken with special instructions:

Driving vehicles, as well as performing dangerous work, should not be within 3-5 days after taking the suspension, since Pirantel affects vision, can cause severe drowsiness and dizziness.

Interesting to know. Pirantel suspension can be used to eliminate helminths in pets.

The Pirantel suspension is not prescribed simultaneously with the following drugs:

Pirantel is a suspension for adults, which can be replaced by the following analogs: 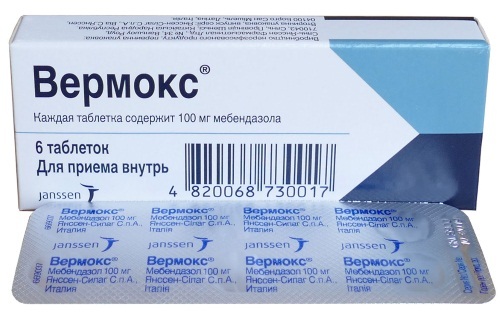 It is recommended to replace Pirantel after consulting a doctor.

Pirantel suspension can be bought at a pharmacy only after presentation of a prescription. Store the product at home in the dark, at a temperature of 10-25 degrees, and also away from children. The medication should not be frozen or overheated, since then its therapeutic effect is reduced. After opening, the drug is suitable for no more than 1 month. When sealed, the shelf life is 3 years.

You can buy a 15 ml bottle of Pirantel suspension at a pharmacy or order it online. At the same time, the cost for the drug in Russia will be in the range from 35 to 60 rubles.

The Pirantel suspension is more often prescribed for children, since it is easy to swallow, and the product has a pleasant taste and is convenient to dose. Due to its proven high efficacy and low price, the medication is popular with patients of any age (children, adults and the elderly).

Video about the drug Pirantel

Pirantel is an effective medicine against helminths: 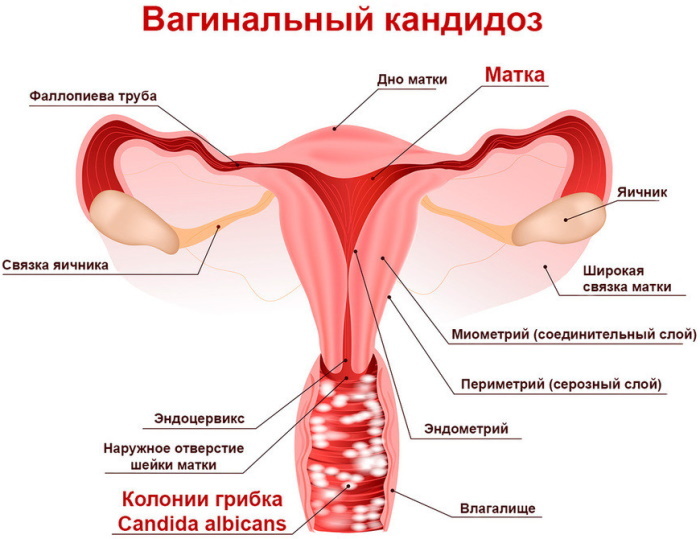 Discharge in a 6-year-old girl is white, bloody, brown. What is it

ContentIs there a discharge in girls of 6 years old, what can they be normal?Pathological causes of discharge and accompanying symptomsWhite profus... 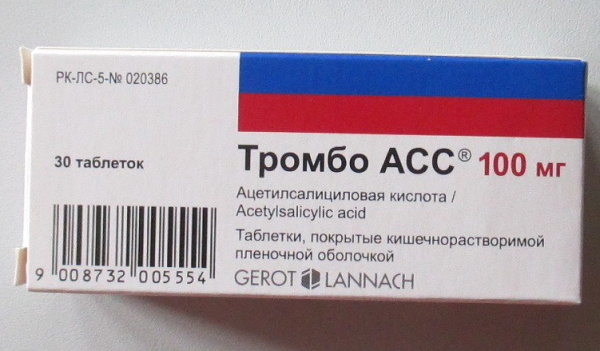