Bronchipret syrup for children. Reviews for what cough to take

Bronchipret is a herbal preparation, often used for children and adults when diagnosing pathologies of the respiratory tract. The syrup is considered effective, and its plant composition has a positive effect not only on the respiratory organs, but also on the work of other systems. Reviews of patients taking the medicine differ, which is associated with a different course of the disease and the body's response to the components of the composition.

The drug is a syrup based on components of natural origin, which has expectorant properties and is used to treat diseases of the bronchi and lungs.

The main indications for prescribing a medicine:

The drug can be used in the formation of viscous sputum in a small amount to improve its discharge.

Bronchipret is a syrup for children, reviews of which are mostly positive, containing plant substances as the main components. The action of the drug is carried out due to the presence of creeping thyme extract and extracts from ivy leaves. These substances have expectorant, mucolytic properties, improve sputum discharge.

The composition of the syrup also includes additional substances that ensure the preservation of the chemical formula throughout the shelf life:

These components have no therapeutic properties.

The syrup is a brown liquid with a pronounced plant aroma and sweet taste. It is placed in vials made of dark glass. The volume of the bottle can be 50 or 100 ml.

The container is placed in a cardboard box, in which you can also see a detailed description of the dosage form and the nuances of use, possible complications during treatment and contraindications. The cost of a bottle differs in different pharmacies and regions. The average price ranges from 200-450 rubles. and depends on the volume of the bottle.

The medicine has pronounced expectorant and mucolytic properties, that is, it not only facilitates sputum discharge, but also makes it less viscous, which has a positive effect on the course of pathological states. 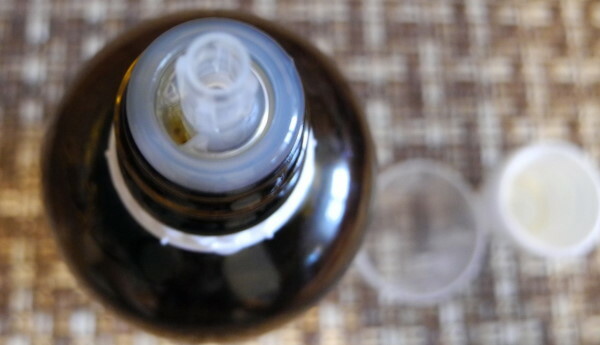 Additionally, herbal ingredients have a bronchodilator effect, eliminate irritation of the respiratory tract with frequent coughing. Dilution of sputum leads to its rapid evacuation and cleansing of the bronchi from mucus. Often, sputum stagnation leads to the multiplication of microorganisms in it, which provoke the progression of the inflammatory process and the development of complications.

The drug has anti-inflammatory properties, helps to shorten the recovery period, especially in patients with chronic forms of the disease. Additionally, the medicine helps to strengthen the immune system, has a positive effect on the functioning of the digestive and cardiovascular systems.

Bronchipret is a syrup for children (reviews about the remedy are usually left by parents who gave the child the medicine in courses), which is quickly absorbed in the body after a single dose of the prescribed dosage. Plant substances are concentrated in the affected area, which allows for a therapeutic effect.

They do not accumulate in tissues, which helps reduce the likelihood of developing an overdose. The maximum concentration in the body is reached 1 hour after oral administration. For several days, the first result is noted, but a lasting effect is noticeable only after a course of use in combination with other drugs.

The processing of herbal ingredients is carried out in the patient's liver. The components are quickly evacuated by the kidneys, a small amount is excreted in the feces. Disruption of the digestive system leads to a deterioration in the absorption of the syrup, and kidney pathologies complicate excretion.

The absence of a cumulative effect is considered an advantage of the drug, since the accumulation of components increases the likelihood of complications and allergic reactions. Experts draw the attention of patients that plant substances more often lead to such complications.

Application for children under 18 years of age

The drug can be used for adults and children over 3 months old. But the decision on the appointment is made only by the doctor after a preliminary examination of the child and the identification of the stage of the pathological condition.

The standard method involves determining the dose not only depending on age, but also taking into account body weight. For 1 kg of weight there is 1 drop of syrup. After counting this amount, add another 10 drops. This will be a one-time therapeutic dosage. 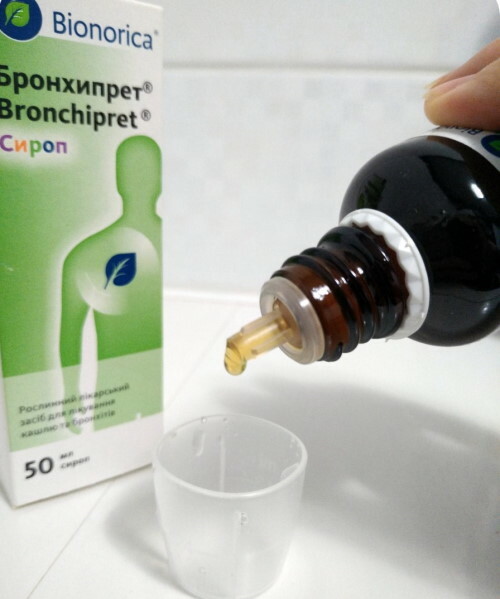 Reception of the syrup is repeated 3 times a day at approximately equal intervals. This allows the body to maintain a constant level of ingredients. The duration of the treatment course for a mild course of the disease does not exceed 10 days. With a severe form of pathology, use may be required for 14-20 days. Adjustment of the dose and duration of treatment is possible on an individual basis. 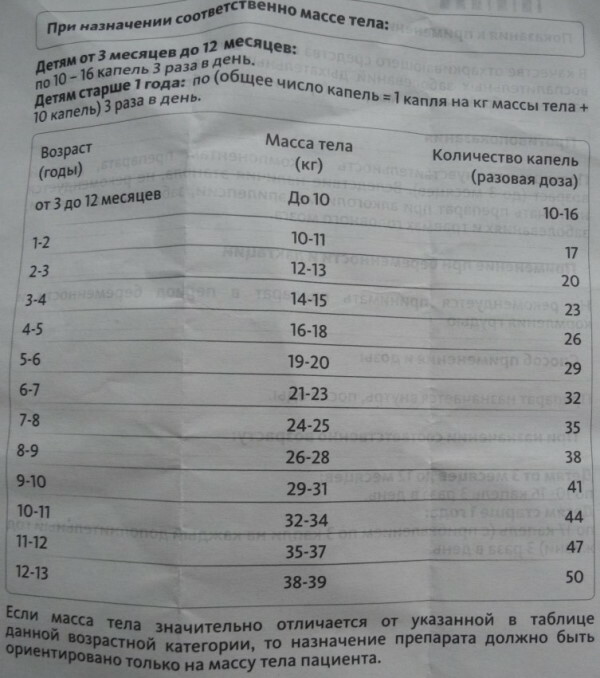 Experts do not recommend mixing the product with food or liquids, but it is allowed to drink it with a sufficient amount of water.

Bronchipret in some cases leads to the development of complications, if you study the reviews of the parents. Syrup for children is not prescribed if allergies to components or a history of such reactions are detected.

Other barriers to treatment:

For each child, individual contraindications can be determined during a specialist examination.

The drug does not provoke an overdose, provided it is used correctly for its intended purpose. Such cases have not been recorded by specialists, but they cannot exclude their occurrence. At the same time, there is a deterioration in the general condition, weakness and fatigue, disruption of the digestive system. Many patients develop nausea and pain in the abdominal area, vomiting and diarrhea join a little later.

In case of an overdose, patients may experience sleep disturbances, while some speak of severe drowsiness, decreased performance. Headache worries patients with prolonged use or the presence of chronic neurological diseases. Often the condition is accompanied by the development of an acute allergic reaction in the form of urticaria or Quincke's edema.

Multiple rashes, irritation appear on the body and limbs, edema of the mucous membranes of the eyes, mouth, throat joins. These symptoms can provoke suffocation, and scratching the affected areas will inevitably damage the outer layer of the skin and cause infection.

An overdose is treated only in a hospital, especially with its acute course and the presence of a threat of suffocation. Patients are prescribed antihistamines and enterosorbents, as well as other drugs, depending on the symptoms.

Despite the herbal composition of the drug, it can provoke complications, even if all the recommendations of a specialist are followed. 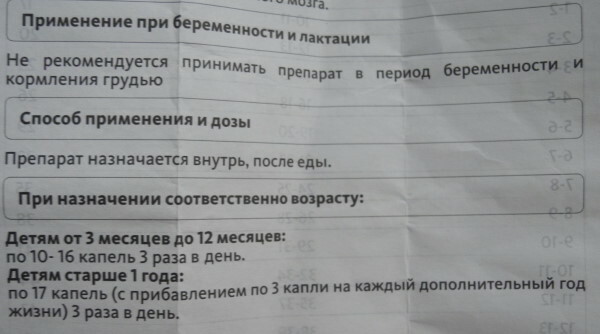 Most often, patients are worried about the following symptoms:

The appearance of negative reactions is considered a reason for refusing to use the syrup and contacting a pediatrician. The patient does not always need special treatment, but sometimes the doctor prescribes drugs if any symptoms appear in an acute form.

Bronchipret - syrup for children (it is recommended to study reviews of the medicine before starting use) should be used only according to indications and after examination by a pediatrician. The dosage regimen may vary, since often in children, the body weight indicator differs from the norm.

Children under 3 years old are allowed to add syrup to juice or milk, despite the fact that the manufacturer does not recommend such a reception. The taste of the product is specific, so not every child will be able to use it in its pure form.

Experts draw the attention of parents to the fact that the first result from therapy does not appear the next day after its start. The first result is noted after 2-3 days, and a lasting improvement is observed only after the course use.

The lack of effect of treatment within 14 days indicates the progression of the pathological condition. In this case, it is recommended to immediately visit a doctor who will prescribe remedies to improve the condition.

You should not use the drug with other drugs that have expectorant and mucolytic properties, as this can provoke complications. It is forbidden to take it together with medications that suppress the cough reflex. Most often they contain codeine in the composition, but suppressing coughing leads to stagnation of liquefied sputum and the development of bacterial complications.

Often, the drug is prescribed simultaneously with antibacterial medicines, since the cough is accompanied by inflammation and the development of bacterial complications. Usually antibiotics of the penicillin and cephalosporin series, as well as macrolides, are used. The specific combination of drugs is determined by the doctor.

The medication is allowed to be stored in a dark and cool place. It is recommended to limit access to children and direct sunlight.

The maximum shelf life is 3 years, but after opening the bottle, its contents can be used no longer than 6 months. During storage, the formation of a sediment at the bottom of the bottle is allowed, which does not affect the properties of the drug.

Dispensing the drug from pharmacies is free, which is not considered a reason for uncontrolled use without a doctor's prescription.

Bronchipret is a syrup for children (drug reviews may be negative if patients have complications arise), which cannot always be prescribed to patients, especially with a tendency to allergic manifestations. In this case, doctors select analogs with similar properties.

A syrup that is often prescribed for children with coughs of various origins. Like the original, the medicine has an effect due to the presence of an extract from ivy leaves in the composition, but the second ingredient is absent in the composition.

The tool is considered relatively safe, it is prescribed for children over 1 month old. The dosage of the drug for each child is selected individually, depending on the age and severity of the disease. The cost of the syrup starts at 420 rubles.

An effective and popular syrup for oral administration with pronounced properties and helps to eliminate coughs of various origins. The drug stimulates the excretion of sputum, promotes its liquefaction, prevents the development of bacterial complications as a result of mucus stagnation. 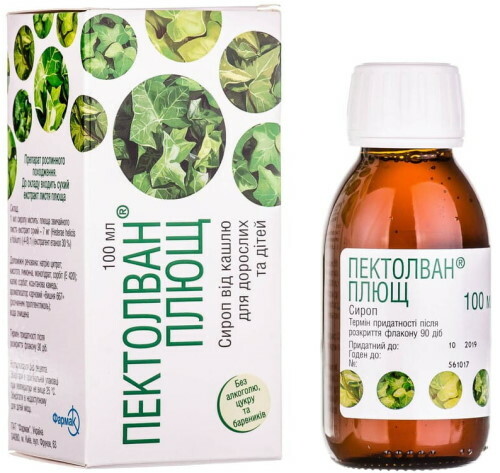 The syrup is indicated for adults and children over 1 year old when certain indications appear. Like the original remedy, the drug can be used in combination with antibacterial drugs from different groups. The cost of the syrup ranges from 370-460 rubles. per bottle.

A remedy based on bromhexine, which can be used to diagnose coughs of various origins and severity. Despite the synthetic origin of the main ingredient, the syrup helps to speed up the cleansing of the bronchi from phlegm, and also helps to liquefy it.

The drug is prescribed for children over 3 years old and for adults. The scheme of application and the specific dose is determined for the patient individually after a preliminary examination. Unlike the original, the drug often leads to the development of complications and is used mainly in short courses in combination with medicines from other groups.

Prescribing a remedy for dry cough is not recommended, since the medication often leads to an aggravation of symptoms and can provoke other complications. The cost of the syrup is about 170-260 rubles.

Bronchipret is an effective expectorant syrup for children and adults with relatively safe herbal ingredients. Reviews on the use of the drug are mostly positive, but there are also negative responses if complications arise from the internal organs and systems during the course of therapy. Before prescribing the medicine, the pediatrician examines the child and determines the appropriateness of using the syrup.

Video about the drug Bronchipret 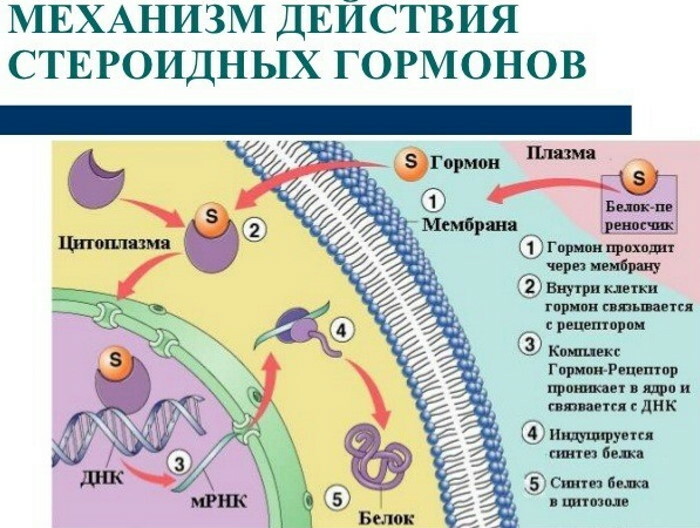 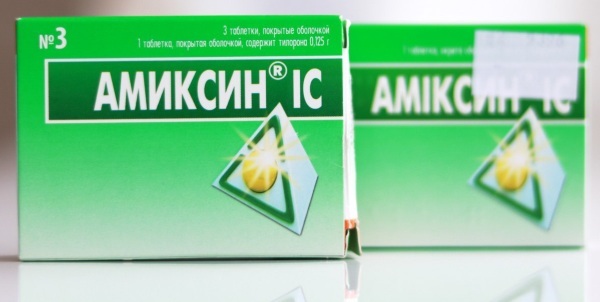 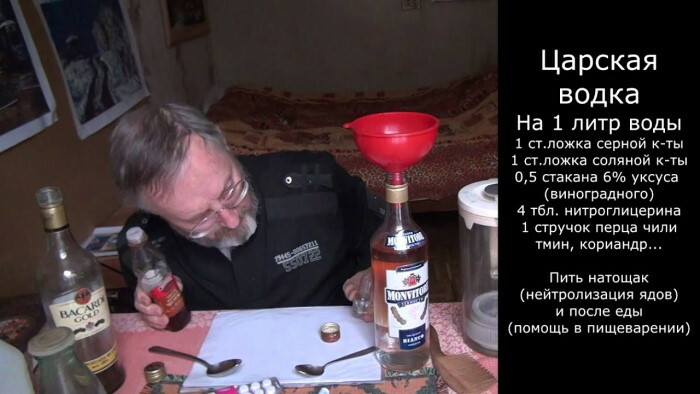 Bolotov's balm: composition, how to cook, at home, reviews