Under the influence of the main substance Lercanidipine reduced general parasympathetic vascular obstruction and blood pressure. The drug is a typical calcium channel blocker that reduces the active transportation of smooth muscle cells of arteries to cardiomyocytes of calcium ions through semi-permeable membrane.

The drug is available in a dosage of 10 and 20 mg. The effect of taking the medication differs in duration, it lasts a day. The drug has no negative inotropic effect. The price of a medicine may differ depending on the pharmacy chain from which it is purchased.

The drug is produced in the form of biconvex, round tablets with a yellow shell, with risks on one side.

Active ingredient in 1 tablet (taking into account the dosage):

Lercanidipine is sold in pharmacy chains only with a prescription from the treating doctor. Depending on the dosage: 10-20 mg, the price of the drug can vary from 200 to 500 rubles.

Lercanidipine 10 mg (the price depends on the pharmacy chain) is a slow calcium channel blocker. Slows down the passive transport of calcium in the smooth muscles of the arteries and muscle cells of the heart. 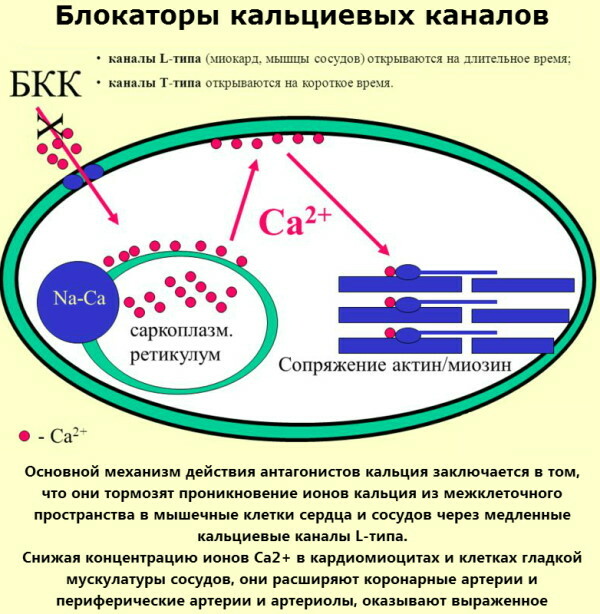 The action is provided by a sedative effect on the smooth muscles of the arteries, which provokes a decrease in the systemic vascular resistance. It has a long-lasting effect. Due to the increased level of selectivity, no inotropic negative effect is observed. The duration of the therapeutic effect is a day.

After oral administration of 10 - 20 mg of Lercanidipine, its complete absorption occurs, and the maximum plasma content is reached after 1.5 - 3 hours.

Both lercanidipine inhibitors show identical plasma saturation profiles. After eating, the bioavailability is approximately 10%, due to the intensive metabolism during the first passage through the liver. After oral administration, no later than 2 hours after eating fatty foods, bioavailability increases by 4 times. In this regard, it is recommended to take the medication before meals.

Distribution from the bloodstream to organs and tissues is carried out evenly. The level of binding of the active ingredient to whey proteins is higher than 98%. The original drug is not detected in urine and feces. In most cases, it is transformed into passive metabolites, and about half of the dose taken is excreted in urine. Removal is usually carried out by biological transformation.

The half-life is on average from 8 to 10 hours, and the effect is observed throughout the day, which is associated with a high level of binding of the lipid membrane to the drug.

Taking the medication orally provokes plasma concentrations, which do not depend on the dosage. After the application of 10 or 20 mg, accumulations were observed in a ratio of 1: 3, which indicates a gradual saturation of the metabolism during the initial passage. It follows from this that an increase in dosage provokes an increase in bioavailability.

Pharmacokinetic properties of the drug, depending on the diagnosed pathology:

Systemic bioavailability in patients with a history of liver dysfunction, moderate or severe, increases. This is due to the fact that the metabolism of the drug is carried out in the liver.

Lercanidipine is a calcium antagonist of the dihydropyridine group, which inhibits the transport of calcium to the cells of the heart and smooth muscles. The drug has a long-term antihypertensive effect due to the absence of an inotropic negative exposure and its increased rate of membrane separation, as a result of high vascular selectivity.

Since the increase in the lumen of the blood arteries, provoked by the intake of medication, is carried out gradually, then the occurrence of acute hypotensive with involuntary tachycardia in patients with hypertension occurs very rarely.

Lercanidipine 10 -20 mg (the price depends on the amount of the package volume and the dosage of the active ingredient) is prescribed for the treatment of stage 1-2 hypertension.
Contraindications

Like any other medication, Lercanidipine has a number of contraindications, in the presence of which, it is not prescribed:

Exercise caution when prescribing if the following pathologies are diagnosed:

The daily dose is 10 mg once. Reception is shown at least 15 minutes in advance. before meals. The dosage according to the indications can be increased to 20 mg, taking into account the individual patient's tolerance. The increase is carried out in stages, since the therapeutic effect from the beginning of taking the medication reaches its maximum only after two weeks.

Increasing the dosage does not affect the effectiveness of therapy, while the risk of developing negative symptoms increases.

According to pharmacokinetic data and the results of clinical studies, the choice of the daily dose does not need to be adjusted, despite this, it should be prescribed to the elderly with caution.

Since no clinical studies have been conducted on the use of this drug for the treatment of patients under the age of majority, its use in this category is not recommended.

When treating patients who are diagnosed with these pathologies, it is recommended to prescribe this medication, having carefully studied the possibility of side effects. The drug can be tolerated normally by this group of people, but it is not recommended to increase the dosage per day to 20 mg.

The effect of the medication in patients with liver dysfunction may increase, therefore, dosage adjustment is necessary. The medication is not recommended for the treatment of people suffering from liver and kidney dysfunctions, proceeding in a severe form.

Lercanidipine 10 mg (the price may vary, depending on the pharmacy chain in which it is purchased), like any other medication, it can cause side effects.

Three cases of overdosing have been officially registered:

In all three cases, people's lives were saved. 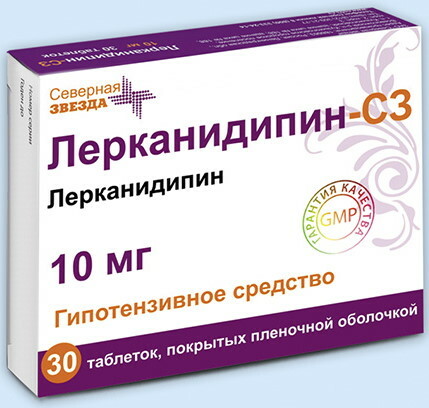 Exceeding the dose is accompanied by the following symptoms: reflex tachycardia with peripheral vasodilation with a strong decrease in blood pressure, a feeling of nausea.

With fainting, a significant decrease in blood pressure, cardiovascular treatment is prescribed. The effectiveness of hemodialysis due to the high level of plasma protein binding has not been confirmed.

When treating patients who have been diagnosed with sinus node dysfunction syndrome (in the absence pacemaker), prescribe a medication, only after studying the ratio of benefits and the likely development of side effects.

During the studies in the treatment of patients suffering from disorders of the left ventricular function of the heart, there was no deterioration of the condition was revealed, despite this, the drug is prescribed only after analyzing the benefits and probable harm. It is believed that in patients with ischemia, the medication may increase the likelihood of worsening cardiovascular pathology.

Occasionally, angina attacks, atrial pain, or myocardial infarction may develop. It is categorically not recommended to combine taking medications with the use of alcoholic beverages. Certain anticonvulsants can reduce the plasma content of the active ingredient, thereby reducing the effectiveness of the intake.

The drug contains lactose, therefore, its use is contraindicated in patients suffering from a lack of lactase, a disorder of the absorption of these elements, or galactosemia.

Clinical studies of the use of the drug during the period of gestation and lactation have not been conducted. In this regard, it is not recommended to use it during this period, as well as to women planning to conceive. As a result of the high lipophilicity of the active component, it can be distributed in breast milk, therefore, the medication is not used for treatment during the period of breastfeeding.

Clinical studies of the use of Lercanidipine have shown that it is unlikely. Deterioration of the ability to drive a car or potentially dangerous machinery is unlikely. But, despite this, it is recommended to exercise caution, since the risk of developing the following side effects is high: asthenia, fatigue, dizziness, drowsiness.

Lercanidipine 10-20 mg (the price may differ depending on the pharmacy chain in which it is purchased) in complex therapy is prescribed taking into account the interaction with certain drugs.

It is forbidden to combine the intake of the medication with grapefruit juice, since such a combination inhibits the metabolism of the active component.

The therapeutic effects of Lercanidipine's analogs include:

Store Lercanidipine at a temperature not exceeding 25 C in a place that is not accessible to small children. The shelf life of the drug in a dosage of 10-20 mg is 3 years. An expired drug is strictly forbidden to use. The price can be found on the official websites of the pharmacy chains.

Video about the drug Lercadipine

Lercadipine. Analysis of the drug from pressure: 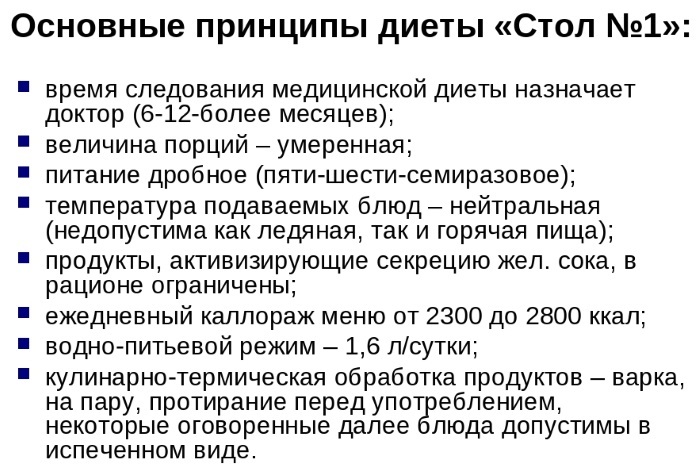 Insufficiency of the cardia and pylorus of the stomach. What is it 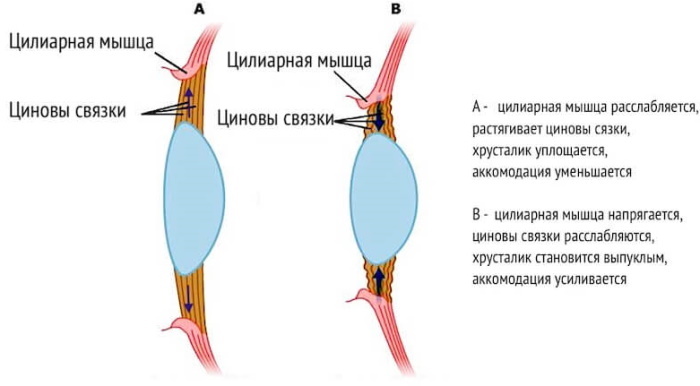 Violation of eye accommodation in children. What is it, treatment