Medicinal product Adenurik used to lower the level of uric acid (uric acid) in the body. It is prescribed exclusively for adult patients. The drug is dispensed by prescription. If it is not possible to buy this medication, analogs are prescribed. In the pharmacy chains in Russia, there are many drugs that have a similar active ingredient in their composition or have an identical therapeutic effect.

Adenuric is used to treat gout, a pathology characterized by excessive accumulation of MC in the body. The active ingredient of the drug is febuxostat. With an increased content of uric acid in the blood, it does not dissolve, which can provoke the formation of urate crystals, which are deposited in the kidneys and joints.

This process is characterized by the occurrence of a gout attack in the form of a sudden severe pain syndrome, swelling and redness of the joint. If therapy is neglected, individual crystals can accumulate in large quantities directly in the joints, destructively acting on them.

Adenuric, as well as analogues of the drug in Russia, has effects that are based on lowering the level of uric acid. Taking the drug prevents an increase in MC in the blood, which prevents the formation of crystals, gradually reducing the severity of the symptoms of pathology. Long-term drug therapy can reduce the size of the crystals. 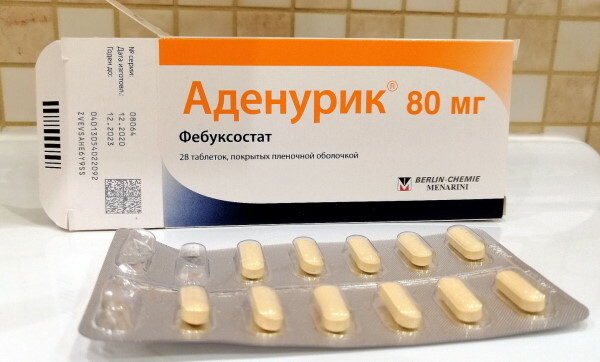 Adenuric is available in tablet form, at a dosage of 120 mg. The drug is also used for therapy and prophylaxis with an increased content of MK in the blood, provoked by chemotherapy prescribed for oncological pathology of the blood. With this method of treatment, the destruction of malignant cells occurs, provoking an increase in the content of MC in the blood, if the prevention of its formation was not carried out.

Before starting therapy with Adenuric, the specialist should provide the following information:

If an allergy to a drug occurs, the intake is stopped immediately. Treatment is not started with an exacerbation of gout, which is accompanied by sudden pain, redness, and swelling of the joints. It is necessary to stop the condition and only after that start therapy.

Sometimes an exacerbation of pathology can begin at the beginning of therapy with drugs that lower the concentration of uric acid. It is important not to stop therapy in the event of such attacks, since even with this condition, Adenuric reduces the level of MK. When taking the drug, strictly according to the doctor's recommendations, attacks will occur less and less, and the symptoms are not so pronounced.

According to the indications, the specialist can prescribe medications that prevent or alleviate the signs of gout, in particular, pain and swelling in the joints.

With a very high concentration of urates (for example, in patients undergoing chemotherapy), drug therapy, lowering the content of MK, can provoke the accumulation of xanthines in the urinary tract with the probable formation stones.

A specialist may order a blood test to assess liver function. Studies on the effectiveness of drug therapy, as well as the safety of its use for the treatment of children under the age of majority, have not been conducted in sufficient volume. Therefore, medication is not prescribed for such patients.

The medication contains lactose. Patients who have been diagnosed with an intolerance to any type of sugar should consult with their doctor.

The likelihood of an adverse effect on the intrauterine development of the fetus during therapy with Adenuric has not been established, therefore, taking the medication during the period of gestation is not recommended. Also, there is no reliable information whether the active substance of the drug penetrates into breast milk, therefore, the drug is not prescribed during lactation, as well as in preparation for it. When preparing for conception, as well as a high probability of pregnancy, you need to consult a doctor.

It should be noted that taking the drug can provoke the onset of a tingling sensation, deafness, numbness, drowsiness, loss of vision clarity. When one of these effects occurs, it is recommended to refrain from driving or working with potentially dangerous mechanisms that require high concentration of attention.

If you take a dose that is significantly higher than that recommended by a specialist, you should immediately contact the nearest medical institution for help. 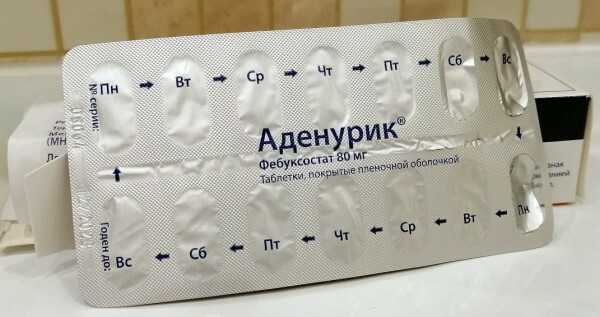 It is not recommended to stop therapy with Adenuric without first consulting with the treating doctor, even if there is a significant improvement in the condition. Discontinuation of therapy can provoke an increase in the content of uric acid and, as a result, an aggravation of manifestations of pathology as a result of the formation of new crystals in the joints and the area around them, as well as in the kidneys urats.

Adenurik (analogues in Russia are presented in pharmacies) and medicines of similar composition can be prescribed to reduce the concentration of MC in the blood in various pathologies.

Both drugs have similar indications for use:

Taking Allopurinol and Adenuric is not recommended during the period of gestation. If necessary, treatment with medication, breastfeeding is stopped.

Adenurik (analogues in Russia can be in composition, effect and indications) has a substitute - Febuxostat (full analogue). Both drugs have an identical active ingredient, febuxostat. Medicines are produced in the form of tablets.

Medicines are prescribed for the following pathologies:

Both drugs are prescribed only for the treatment of adult patients, since the effect of the active component on the body of patients who have not reached the age of majority has not been thoroughly studied. The original and the analogue are contraindicated during pregnancy, as well as during breastfeeding.

Preparations differ from each other in composition. The active ingredient in the original is febuxostat, in the analogue it is allopurinol.

Medicines have an identical form of release - tablets.

Indications for the use of both medicines:

An analogue, like the original, is contraindicated during the period of bearing a child and breastfeeding. Both drugs are only dispensed with a doctor's prescription.

The analogue differs from the original in composition. The active ingredient of Andurica is febuxostat, Santuril is probenecid.

Medicines have similar indications for use and therapeutic effect. Both anti-gout medicines are available in tablet form. The medicinal action is aimed at suppressing the production and accumulation of MK in the body.

Both drugs are used to treat gouty arthritis, which is characterized by an increased concentration of MK in plasma. An analogue, like the original, is not recommended for the treatment of gout during an exacerbation, as well as for patients suffering from various kidney pathologies.

During pregnancy, treatment with these medications is contraindicated. The active substances of the drugs penetrate and accumulate in breast milk, therefore, if therapy is necessary, breastfeeding is stopped. Both medicines are dispensed only with a doctor's prescription.

Adenurik (analogs in Russia may have an identical composition, indications for use or therapeutic effect) has a complete analogue - Azuriks, corresponding to the original in all the listed characteristics. 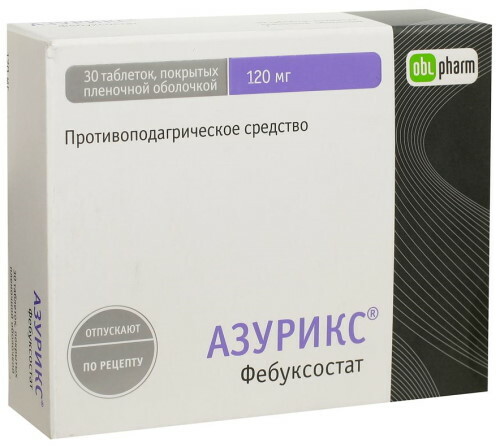 The active ingredient in both drugs is febuxostat. The funds are released in tablet form. Medicines are intended for the treatment of gout and other diseases that are characterized by the deposition of MK crystals. The therapeutic effect is to suppress the synthesis and lower the content of uric acid in the blood.

The use of both drugs during the period of gestation is contraindicated. Not prescribed to patients under the age of majority, since there is no reliable information about the effect of the active substance on the body of children. The active ingredient penetrates and concentrates in breast milk, therefore, breastfeeding is stopped during treatment with these medications. The drugs are released only with a prescription from the treating doctor.

The drug differs from the original in composition. The active substance of Milurite is allopurinol, and Adenuric is febuxostat.

The analogue is identical to the original in terms of indications for use and therapeutic effect.

The drugs are available in tablet form.

The medication is prescribed for prevention and therapy:

Both medicines are contraindicated for use during the period of gestation and lactation.

The analogue differs from the original in composition. The active component of the first is probenecid, the second is febuxostat. 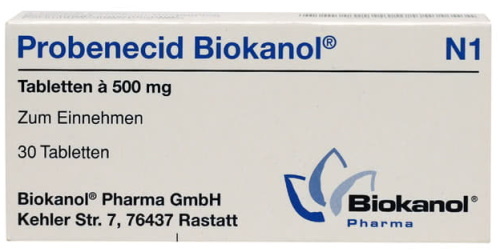 This drug is analogous in terms of indications for use and therapeutic effect. Both medicines are available in tablet form. They are anti-gout agents that suppress the production of uric acid.

The medicine is prescribed for therapy:

The active substances of the analogue and the original overcome the placental barrier, therefore, their use during the period of bearing a child is contraindicated. If necessary, treatment with these medicines, lactation is stopped.

Adenurik (analogues in Russia may have an identical composition, medicinal effect or indications) and Benzbromaron differ in composition. The active component of the analogue is benzbromarone, and Adenurica is febuxostat.

The drug has identical indications for use and therapeutic effect, as well as a release form in the form of tablets.

The active substances of medicines increase the excretion of uric acid. The effect is to inhibit its absorption in the proximal renal tubules and to increase excretion by the kidneys.

The drugs are prescribed for the treatment and prevention of gout, as well as hyperuricemia - an increased level of uric acid in the blood. Including with hematological diseases, arthritis, psoriasis, etc.

Both medicines are contraindicated when carrying a child and during breastfeeding.

This drug differs from the original in composition. The active substance of the analogue is colchicine, Adenurica is febuxostat. Unlike the original, Colchicine is allowed to be taken during an exacerbation of gout, since it has a pronounced anti-inflammatory and analgesic effect, stopping the attack. The medicinal product has a medicinal effect and indications for use similar to the original. Both drugs are available in tablet form. 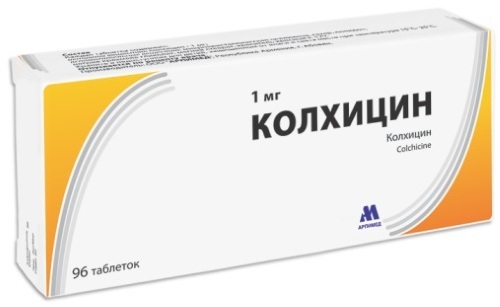 Both drugs affect the synthesis and concentration of MK in plasma.

Used for prevention and therapy:

Both drugs are not recommended for therapy during the period of gestation.

The cost of the drug Adenuric and its analogues may vary depending on the manufacturer, the number of tablets in the package. In Russia, the drug can be purchased at a pharmacy or ordered on the Internet. It should be remembered that Adenurik, as well as its analogs, are released only if there is a prescription from the attending doctor.

Video about analogues of Adenuric

Cycle in women. How to count ovulation correctly 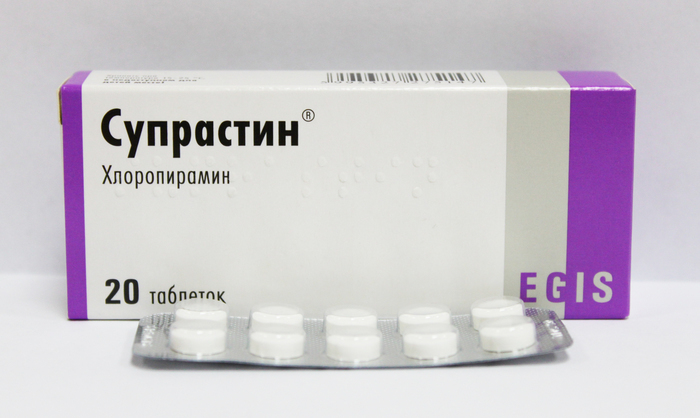 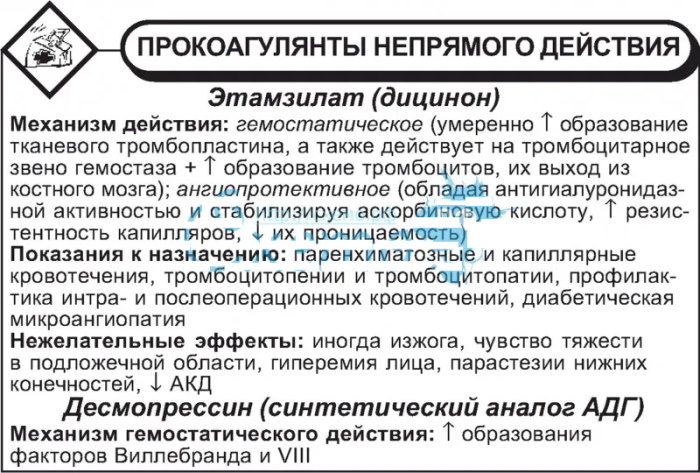