Platelets according to Fonio. Norm, what is it, how to pass

A platelet is a non-nuclear blood cell disc-shaped. It is this cell that is responsible for blood clotting in any kind of damage. The number of red blood cells is checked at each visit to the hospital patient, because their level (low or high) may indicate various abnormalities in the operation of a particular system.

Phony analysis is a technique that involves counting platelets under a microscope. It is very important to know what the blood cell rate should be, as indicated by any deviation from it.

Platelets are not just one of the constituents of blood, but a cell that has one of the main functions. In the event that damage to the blood vessel wall occurs, the function of the disc-shaped blood plate is immediately activated. They change their shape to spherical and overgrow with outgrowths that turn them into stars. 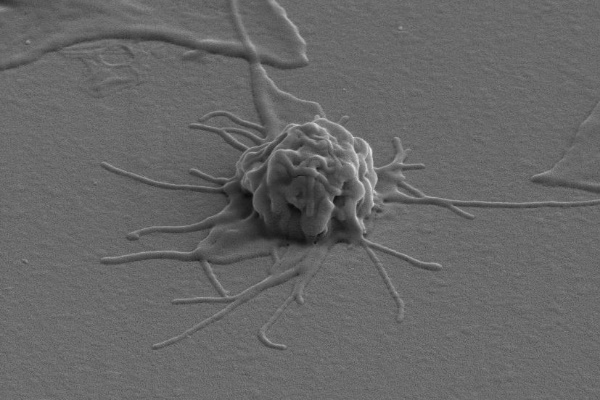 In active form, platelets have the ability to stick together, which is called aggregation, and they also adhere to the walls of the vessel - adhesion. Platelets release a certain enzyme into the blood plasma. It is under its influence that soluble fibrinogen is converted into insoluble fibrin. It is fibrin that entangles the formed elements of the blood with peculiar networks.

As a result, a blood clot appears, which closes the hole in the ruptured vessel. Also, platelets take an active part in the dissolution of the fibrin clot, and also prevent vasospasm. Platelets saturate the cells lining the inside of the vessels with nutrition.

The Fonio method, in simple terms, is counting platelets per thousand erythrocytes in blood smears stained with a special dye. After receiving the data, the figure is converted to a liter or 1 μl.

The technique helps to obtain the most accurate number of platelets in the blood, which ultimately increases the accuracy of diagnosis and diagnosis.

Platelet counting is included in the general blood test and is most often performed using a hematology analyzer using the impedance technique. In most public or private laboratories, if the platelet count is too low or high, then the specialist additionally conducts microscopy of a stained blood smear, where platelets are counted according to the Fonio method.

In some cases, more precisely with severe thrombocytopenia or thrombocytosis, platelet counting according to Fonio is carried out regardless of the platelet level.

A family doctor, a therapist or any other narrow specialist, to whom the patient has contacted with complaints of poor health, can prescribe a general blood test. Fonio platelets, the norm of which is presented in the table below, are prescribed to be taken only with a general blood test.

The analysis is prescribed in such cases:

Also, this indicator is determined to monitor the treatment of certain diseases, as well as to control the level of platelets while taking certain medications.

To get the most accurate data that is simply necessary for making a diagnosis, you need to properly prepare for blood sampling.

Preparation rules include the following activities:

Women undergoing a routine examination need to remember that they are not recommended to take a general blood test during menstruation. But if the analysis is prescribed during the treatment of a particular disease, then in this case the blood is donated regardless of the period. But the doctor should definitely be warned that during the visit to the laboratory there were menstruation, then he will be able to carry out a high-quality interpretation of the data obtained.

There is also a general recommendation for everyone, without exception. After the patient comes to the laboratory, he must be sure within 10-20 minutes, any even insignificant load may give inaccurate data. And so the patient will sit, calm down, and as a result, it will be possible to obtain more reliable data. You also need to remember that the position of the body and the emotional state of the patient play an important role.

So, for example, changes in body position from a lying position to a sitting or standing position can cause vasoconstriction, and if on the contrary, the patient was sitting, and after lying down, this leads to a shift of water and electrolytes in the tissues of the body, leading to a concentration blood. As a result, the serum levels of protein, albumin and other indicators can greatly increase. 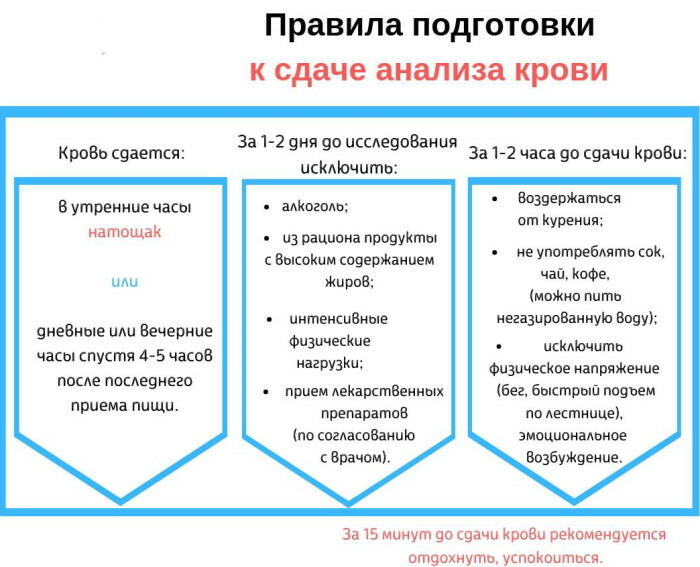 But emotional stress can provoke a sharp increase in glucose, cortisol, insulin, cholesterol.

In order for the blood to clot correctly and in a timely manner, an important condition must be adhered to - this is in the bloodstream the required number of platelets must be present, to put it simply, their level must be in the norm. If suddenly platelets are not normal in the body, then this can lead to serious abnormalities.

At a low level, there is a likelihood of frequent internal bleeding, since blood clotting worsens, therefore, the body itself cannot stop the bleeding, platelets do not fulfill the task assigned to them function. In those cases, if the level of platelets exceeds the form, then the blood becomes thick, the risk of blood clots increases several times, the vessels become clogged.

Platelets are formed in the bone marrow from megakaryocytes - these are one of the largest cells. In essence, they are fragments of these cells. The platelet diameter is on average 2-4 microns. They are called blood cells and are placed on a par with erythrocytes and leukocytes, but in fact they are not.

They are considered postcellular structures or they are also called Bizzazero plaques. They received this name in honor of a scientist from Italy who made an invaluable contribution to the study of platelets. The circulatory system contains only 2/3 of the total number of platelets in the body, and the rest is localized in the spleen.

As mentioned earlier, Fonio platelets are included in the general or clinical blood test, which is taken from the finger. The laboratory specialist is sure to know that 5% of healthy people may have deviations from the established norms. Blood counts also vary by race, gender, and age.

The laboratory, when conducting a general blood test, necessarily calculates the following indicators:

It is worth remembering that the data of a general blood test carried out in several laboratories can differ significantly. The thing is that studies are carried out using different devices, for example, a biochemical or immunochemical analyzer.

The advantages of the technique

The Fonio technique has a number of undeniable advantages over other methods of setting the platelet level.

What are its features:

Fonio platelets are an important indicator that helps determine what exactly is happening in the body and what causes discomfort. But you can determine the deviation only if you know the norm. The rate of this indicator differs depending on age. The table below shows the rate of platelets in the blood. The Fonio method is one of the most common, and its main feature is that the content of form elements is taken into account in the stroke.

This technique has its advantages:

When all the blood cells are counted, the specialist can accurately establish a low indicator, the norm, or the number of platelets is above the normal threshold.

A low indicator indicates that thrombocytopenia is actively developing in the body. 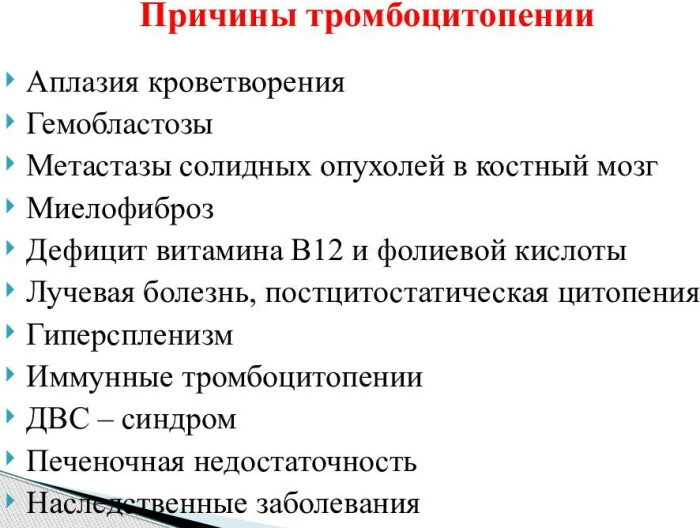 Thrombocytes according to Fonio, the norm of which is described in the table above, with a low index, may manifest as internal bleeding. The flexibility of the vessels decreases, as a result of which they easily break and, as a result, hematomas and bruises appear. Also, ecchymosis can often be observed - these are punctate hemorrhages.

Fonio platelets, the norm of which is presented in the table, are increased in such cases:

In medicine, this condition is called thrombophilia. A high platelet count is very life-threatening. In this case, the risk of thrombosis is greatly increased. In this condition, a blood clot forms in the vessel, which interferes with the normal passage of blood.

Thrombocytes according to Fonio, the norm of which depends on the ort of age, is increased in pregnant women - this is a serious condition that requires an urgent response.

A similar condition in a woman carrying a baby can provoke serious consequences:

If the Fonio platelet count is higher than expected, then a similar condition can be observed with such ailments as encephalitis, inflammation of the liver or lungs, and toxoplasmosis. But this condition is also accompanied by a high level of leukocytes.

How to bounce back

There are several ways to normalize platelets in the blood. The choice of method depends on what kind of results will be obtained during the test. But all therapeutic methods will not give the desired result if the reason that provoked an increase in the level of platelets is not eliminated. Initially, it is necessary to eliminate the cause, and then try to avoid all kinds of emotional and physical overload.

If platelets are lowered, then they can be increased using such simple and affordable methods:

But in order to reduce the high platelet count, on the contrary, you should initially reconsider your lifestyle and remove all stressful situations. Exercise is prohibited for everyone who is prone to injury.

To reduce the number of platelets in the blood, you can use the following means:

Thrombocytes according to Fonio are one of the most accurate and most important analyzes for any person, and especially those who cannot be diagnosed with an accurate diagnosis and find out the cause of the ailment. If the analysis showed a non-compliance with the norm, then all measures must be taken urgently to correct the data. Any delay can lead to serious consequences and complications.

Video about platelets by Fonio 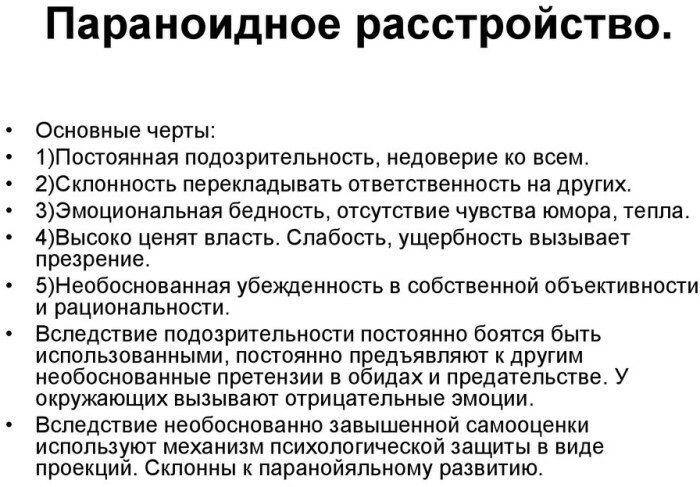 Paranoia is that in simple words in psychology: disorder, illness, schizophrenia 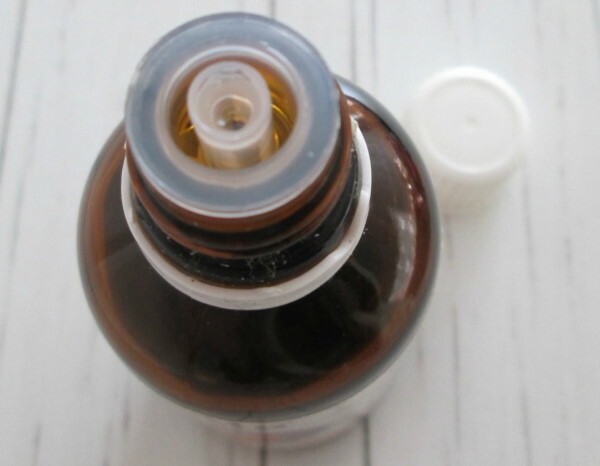 Notta drops for children. Instructions for use, reviews