Vestibular apparatus. How to train, improve for an adult, for children

To give his body the correct position and orientation in space, a person needs a well-trained vestibular system. Such an apparatus is fully formed in the human body by the age of 15. And you can train him from birth. Even babies are allowed to perform such exercises.

What is the vestibular apparatus

In the inner ear of a person, in the region of the temple, there is a vestibular apparatus. This complex receptor receives dynamic and static signals.

A properly functioning vestibular apparatus provides human movement with coordination and smoothness. But if it is weak, then the neurons are overexcited, which leads to the development of unpleasant sensations. Due to the imbalance of the vestibular analyzer, motion sickness may even appear. 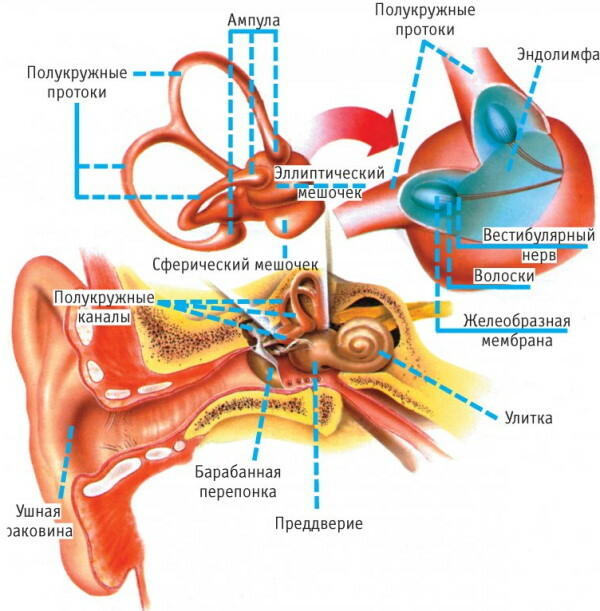 The following table provides more detailed information on the functioning of the vestibular system in humans:

The vestibular apparatus can be trained using various devices and objects. But there are exercises even without anything at all. These include different tilts and turns of the head. Classes are performed evenly and calmly. They are best done outdoors or in a ventilated area.

The organ responsible for balance and upright posture is part of a complex system that:

When a person tilts his head, the vestibular receptors become irritated. Because of this, the muscles that help the trunk to straighten are contracted. People with a normally functioning vestibular organ get so used to it that they don't even notice its daily work. But those who have this apparatus weakened begin to experience certain difficulties from its high sensitivity.

A healthy lifestyle improves the functioning of the vestibular apparatus. Almost all exercises to strengthen this organ can be done at home, and not in the gym. With a strong vestibular apparatus, human life becomes better. People with this organ, especially if it is strong, can ride any vehicle without motion sickness and dizziness.

It is necessary to train the vestibular apparatus for adults and children so that they do not feel sick or sick in a moving vehicle. The development of this organ allows people to navigate well in space and correctly correlate changes in the position of the torso and body with data that come from other sensory systems. Regular special exercises for the vestibular apparatus prevent the development of many diseases.

The goals of strengthening the vestibular apparatus are:

Factors of vestibular dysfunction include:

Vestibular training can be carried out using the following aids:

Among the sports that allow the development of vestibular oran are:

It is very important to train the vestibular apparatus for modern people who cannot tolerate restrictions. Strengthening this body system consists of simple exercises that are easy to perform even at home, outside the gym. Such workouts, lasting 15 minutes daily, take up little time. Their results become visible within a few weeks. But these complexes must be performed constantly. People with the following pathologies can engage in vestibular gymnastics:

Exercises for children under 1 year old

Exercises for the development of the vestibular apparatus in children under 1 year of age:

The child is held in the arms vertically or horizontally. Further, in this position, they begin to swing it from top to bottom, and then from left to right. Actions and movements should be smooth and comfortable for babies.

They take the baby in their arms and walk with him clockwise, and then against her. It is advisable to do this exercise without much rush so that the child's head does not spin. It is better to create a longer rotational amplitude.

The child is placed on the ball with his stomach or back down. When performing exercises, children should be carefully held by their sides or armpits with their hands. 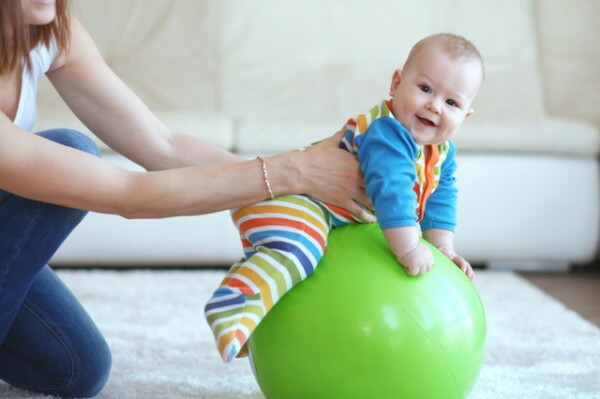 After fixing the position, the fitball begins to gently swing in different directions. From 8 months, the child can already be put on the ball so that he jumps on it. But at the same time, parents should not forget to hold their children tightly by the arms or armpits.

The child is placed in his arms so that his face is looking down. Further, the parents imitate flying on an airplane, as if flying over the entire apartment. For variety, add air pockets, and also change the speed of flights.

The lesson is carried out with children who have already learned to hold their heads. The parent sits on a chair or sofa. The child is laid with his stomach down towards himself on outstretched legs. Further, holding his hands, they begin to raise their lower limbs up or bend them at the knees.

Fun lap game "Over the Bumps"

The child, who is already 3 months old, is seated on his lap. Then they begin to throw him up or down, saying nursery rhymes. Sometimes he can be pushed off his knees a little, "into a hole", while not forgetting to hold the child tightly so that he does not really fall to the floor.

The vestibular apparatus should be trained with a small amount of exercises, constantly increasing their complexity and duration. At first, such training sometimes causes nausea and dizziness. But over time, the vestibular organ gets used to such loads, and these problems go away.

After the child has already learned to walk on his own, parents can try to perform with him a more complex complex with exercises aimed at strengthening the vestibular system.

With such already independent children, they do the following activities together:

In order for the movements of children of this age to be confident and dexterous, it is recommended that they be offered the following exercises:

The vestibular organ is just as important for children as it is for adults. This device, if it is well developed, protects any child from the harmful effects of various loads on the body while walking or driving. Therefore, this system in children is very important to train regularly.

Warming up exercises are performed before the training complex:

After warm-up, do the following:

It is recommended to train the vestibular apparatus with small numbers of repetitions that do not cause negative effects. If unpleasant sensations appear, then the exercise is postponed. Some activities are best done at first with closed eyes. The training exercises are performed evenly and calmly.

How to do it right at home

The rules for performing training of the vestibular apparatus include:

Upon completion of all classes on the development of the vestibular apparatus, breathing exercises must be performed. At the same time, they stretch their arms up, standing on their toes. Then they freeze. Then they again stand on their heels.

For the development of the vestibular apparatus, it is desirable:

While walking along the streets, perform the following activities:

For more effective training of the vestibular apparatus, the following are required:

The balance and coordination of movement in humans is regulated by the vestibular organ located in the ear. Good balancing in space depends on his work. The excellent functionality of this device prevents household injuries in children and adults. But for this he needs to be trained on an ongoing basis.

The structure and functions of the vestibular analyzer: 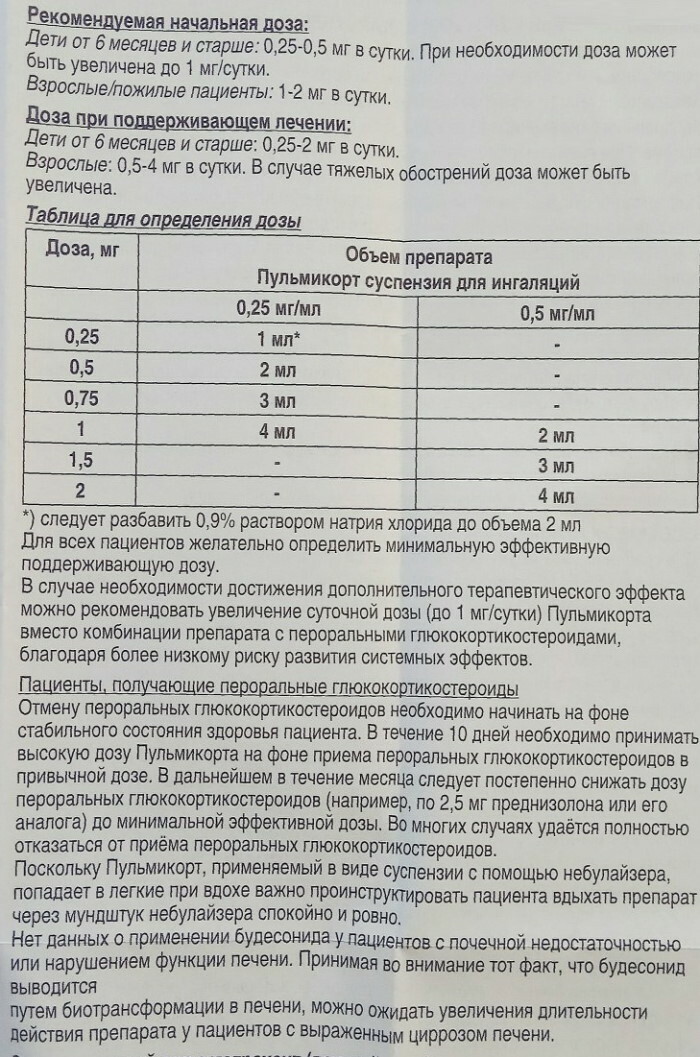 Is Pulmicort a hormonal drug or not, an antibiotic? Is it harmful? 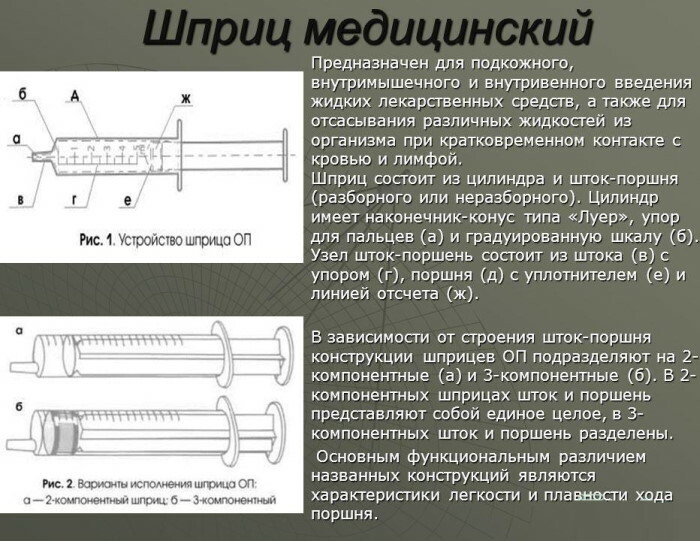 Injection syringes. Types of ml, which are better intramuscularly