Versatis - a plaster, which can be obtained from a pharmacy without a doctor's prescription. The drug, which has an analgesic, anti-inflammatory effect, has cheaper analogues. You can use the medication for pathologies of the musculoskeletal system, accompanied by acute pain and swelling.

Versatis is a plaster (cheap analogs can be purchased at the pharmacy), which has an analgesic effect. It looks like a strip of yellow or white fabric. On the one hand there is a sticky layer covered with a film. On the reverse side there is an inscription "5% Lidocaine".

The active ingredient is an acetamide derivative. The principle of the patch is based on the ability of lidocaine to stabilize neuronal membranes and block sodium tubules. The dosage form is characterized by a prolonged analgesic effect. The patch can be applied once in an individually selected scheme (maximum you can stick no more than 3 patches at the same time to the affected area).

Lidocaine quickly enters the systemic circulation and reaches the site of pain. It is evenly distributed over the soft tissues. The active ingredient is 75% bound to blood proteins, crosses the placental and blood-brain barrier.

Metabolism is carried out by the liver. In the process, HA and MGC are formed. Metabolites have practically no pharmacological activity and are excreted from the body by the kidneys.

The instructions for use indicate the following indications:

Versatis is a plaster (cheap analogs have about the same therapeutic effect as the original) that can be used for neurological pain. The patch is used only externally. The strip is applied with a sticky layer down to the affected area of ​​the body.

After 12 hours. the patch is removed. If a rash, redness, itching or burning occurs, remove the tape immediately. The course of application of the patch varies within 3-5 weeks. Side effects usually develop in hypersensitive patients. They manifest as rashes, erythema, dermatitis, and pruritus.

The drug has no structural analogs and generics. In pharmacies, you can find medicines that have a similar therapeutic effect. Their form of release and composition may vary.

Analogs can also vary in cost.

Versatis is a plaster (cheap analogs usually differ in composition from the original), which requires application according to the instructions. The analogue and the original drug in the composition contain lidocaine, which acts as an active substance.

The drug is marketed in the form of a gel. The drug is characterized by an anesthetic local action, which is achieved due to the ability of lidocaine block sodium channels and prevent the transmission of electrical impulses to sensitive nerves receptors.

When applied topically, the gel promotes vasodilation without causing irritation. The analgesic effect is prolonged, pronounced. Dinexan is widely used in otolaryngology and dentistry. Anesthetic is prescribed to patients with diseases of the oral cavity of an inflammatory and infectious nature. The scheme of application is standard: a small amount of gel is evenly distributed over the affected area.

The procedure must be repeated 2-3 times a day. The daily norm for adult patients is no more than 3 g. According to reviews, the drug is well tolerated. Side effects, manifested in the form of various local allergic reactions (redness, rash, burning sensation), are rare. Dinexan, like the original medication, has few contraindications. These include individual intolerance to lidocaine, childhood, the period of gestation and breastfeeding.

Lidocaine has the same therapeutic effect as Versatis.

Unlike the original medication, the substitute drug has several release forms:

The active ingredient has a local anesthetic and antiarrhythmic effect. Lidocaine belongs to the group of anesthetics. The principle of action of the drug is based on the ability of the substance to inhibit the conduction of nerve endings and block sodium tubules.

The drug is characterized by a prolonged action. The effect lasts for 90-120 minutes. Lidocaine also has a vasodilator effect. The antiarrhythmic effect is due to the ability of the active component to increase the degree of membrane permeability of potassium ions.

Lidocaine, as an independent drug unit, is widely used in ophthalmology, dermatology, gynecology, endoscopy, otolaryngology, dentistry. The list of indications for use, in comparison with Versatis, is more extensive.

The drug is used as anesthesia for:

In comparison with Versatis, Lidocaine has many contraindications. 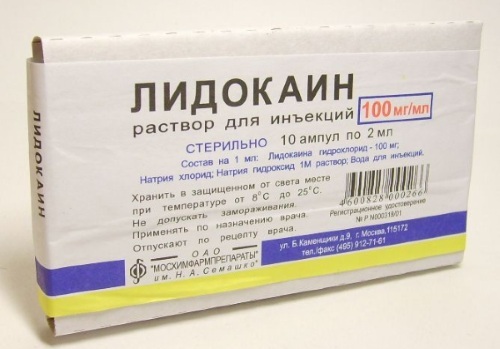 Patients with hypovolemia, epilepsy, children under 18 years of age are administered lidocaine in micro doses. The solution requires intradermal, intramuscular and intravenous administration. The therapeutic dose in this case is determined individually, depending on the condition and age of the patient.

Diclofenac is another anesthetic that has a similar therapeutic effect with Versatis. It is marketed in the form of tablets, gel and solution for intramuscular administration. The active ingredient is sodium diclofenac (concentration, additional elements may vary depending on the formulation).

Diclofenac belongs to the group of non-steroidal anti-inflammatory drugs. The drug is characterized by a mild antipyretic, analgesic and anti-inflammatory effect. Most often, the drug is prescribed for articular and rheumatic pains of different localization. The principle of action of diclofenac is based on the ability of the active ingredient to inhibit arachidonic acid and cyclooxygenase.

The active ingredient quickly enters the systemic circulation, reaches the focus of pain and is evenly distributed over the soft tissues. In comparison with Versatis, Diclofenac is a drug with a wider spectrum of action.

He is appointed when:

If we compare the original drug and the analogue, then the latter has more contraindications.

The way of using both medicines also differs. The solution is usually injected intramuscularly, deep into the buttock. The therapeutic dose is determined by the attending physician, depending on the patient's condition. The gel is applied externally to the affected area 2-3 times a day. The tablets are taken orally. The daily rate is no more than 2 pcs.

Versatis is an anesthetic patch that has a number of cheaper analogues. These include Xylocaine. The original drug, like its counterpart, contains lidocaine. Concentration may vary. Xylocaine is marketed in gel or spray form. The drug is characterized by an anesthetic effect. The medication is used in dentistry for anesthesia of the nerve trunks, for conducting a caudal blockade.

Like the original medication, Xylocaine has no contraindications, with the exception of hypersensitivity.

If the therapeutic dose is involuntarily exceeded by 1-2 times, the risk of developing side effects is high, which manifest themselves in the form of:

If the dose is increased 5 times or more, then the risk of developing cardiac arrest and respiratory arrest is high. The solution should be administered slowly, not faster than 30 mg / min. The patient must undergo an allergy test - up to 5 ml of epinephrine in combination with xylocaine is injected subcutaneously.

The spray is sprayed directly onto the oral mucosa. To freeze the affected area, 3-4 injections are enough.

Ketonal Thermo and Versatis have the same form of release. The patch has a pronounced analgesic and warming effect. There are iron shavings, micro-particles of activated carbon and salt under the adhesive tape. The analgesic effect is produced due to the interaction of all active components - they heat up to 40-45 ° during the oxidation of metals, emitting even heat.

The therapeutic effect lasts for 8-12 hours. According to reviews, even after repeated use of Ketonal Thermo, skin irritation does not occur. In addition to its analgesic effect, the patch helps to increase blood flow and reduce muscle tone. Scope of application - traumatology. Unlike Versatis, Ketonal Thermo helps with sprains, muscles and myositis.

Contraindications for the original medication and its analogue vary.

The following restrictions are prescribed in the instructions for Ketonal Thermo:

The patch should not be applied to the affected areas of the skin. Side effects, according to reviews, do not occur.

Instructions for the use of Versatis and Ketonal Thermo are approximately the same. At the place of the notch, the package with adhesive tape is carefully torn off, the protective film is removed, the patch is applied to the clean, dry skin of the affected area. If a strong burning sensation occurs, it is necessary to remove the adhesive tape, put on underwear cotton underwear and stick it again on the fabric.

It is important to maintain an interval of 24 hours between applications. Do not reuse adhesive tape. Also, do not try to warm up the patch yourself.

Fastum gel, like Versatis, has an analgesic effect. The composition, form of release, indications for use, contraindications and instructions for medicines vary.

The gel is transparent, colorless and viscous. The dosage form is poured into aluminum tubes with a volume of 100, 50 or 30 g. Fastum gel has a local anti-inflammatory and analgesic effect. It is used exclusively externally. The drug belongs to the category of non-steroidal anti-inflammatory drugs. The principle of action of the drug is based on the ability to slow down the production of inflammatory mediators (prostaglandins).

Also, the drug is characterized by an exudative effect. The drug is used most often for lesions of tendons, ligaments, joints and muscle fibers.

Indications prescribed in the instructions:

Application of Fastum-gel is impossible:

Careful reception is indicated for patients suffering from heart failure, diseases of the liver, kidneys, and lesions of the digestive tract. Side effects are formed locally and are manifested in the form of hyperemia, dermatitis, eczema or exanthema.

Fastum gel in a small amount should be applied to the damaged area 3-4 times a day. The course of treatment varies within 10-12 days.

Versatis is a plaster (cheap analogs also need to be used according to the instructions), which has an anti-inflammatory effect. Dorsaplast, like Versatis, is a sticky anesthetic patch with a finely dispersed metal magnetic powder inside. The drug helps to relax muscle fibers, restore motor function. It is used for diseases of the spine, joints, muscles and ligaments of an inflammatory nature.

In comparison with the original medication, Dorsaplast can be used for:

The patch is popular with professional athletes. The remedy has no contraindications. Instructions for use are the same as for Versatis. Remove the protective film from the sticky layer, apply the patch to clean, dry skin and remove it after 6-8 hours.

Unlike the original drug, Voltaren has several release forms:

The active ingredient of the drug, regardless of the dosage form, is diclofenac sodium. The concentration may vary slightly, as well as the additional components. The drug is characterized by an analgesic, antirheumatic, antipyretic, antiaggregatory and anti-inflammatory effect.

Voltaren belongs to the group of non-steroidal anti-inflammatory drugs. The principle of action is based on the ability of the active ingredient to inhibit the synthesis of prostaglandins (mediators of pain and inflammation). The effect is pronounced and prolonged and lasts for several hours.

In comparison with the original drug, Voltaren's list of contraindications is quite large.

The absolute restrictions include:

Side effects occur against the background of non-compliance with the individually selected dosage regimen.

Ailments are manifested in the form of:

The therapeutic dose is selected individually, depending on the age, condition and diagnosis of the patient.

The approximate cost of Versatis and its analogues:

Any drug requires compliance with the instructions for use. It is strictly forbidden to independently select a treatment regimen and dosage regimen.

Versatis is a plaster that has proven itself in the treatment of herpetic lesions of the skin. Cheaper analogues of the drug, like the original, do not require a prescription from pharmacies. To minimize the risk of side effects, you must strictly adhere to medical prescriptions.

Video about the analogues of Versatis 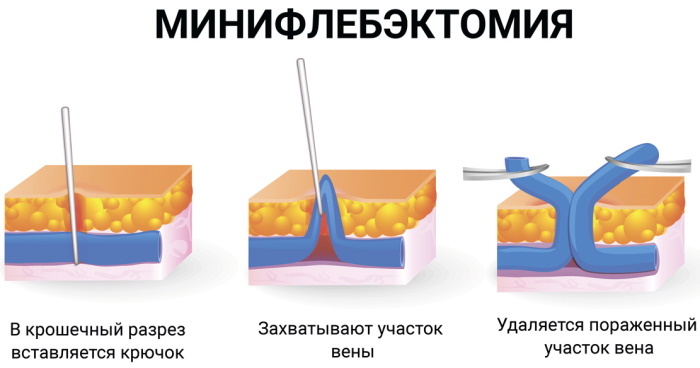 Perforating veins of the lower extremities. What is this, anatomy 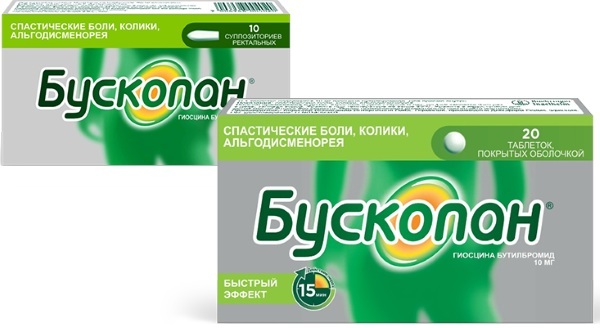 Analogs of NO-SHPA in tablets are cheap. Price 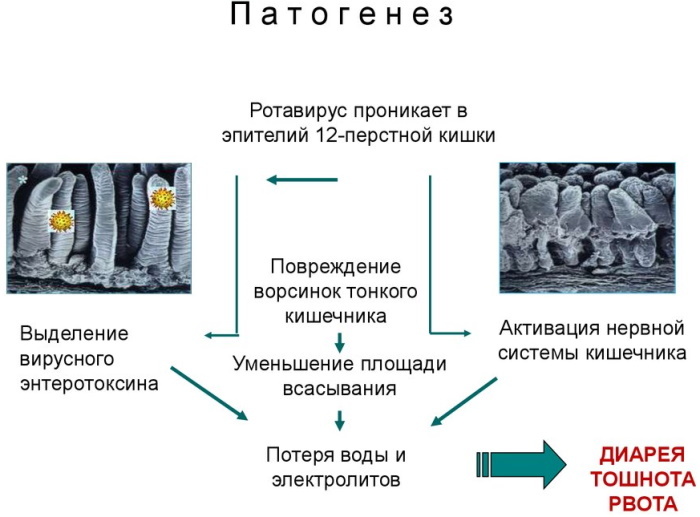 Rotavirus is transmitted from person to person. Incubation period