Liprimar - hypolipidemic agent with pronounced properties, which is prescribed to patients with atherosclerotic vascular changes. The cost of the drug is high, but it is justified by its effectiveness, even in neglected cases of violation. Usually, patients are prescribed a dosage of 20 mg, but the manufacturer produces the drug in a different dose, so the best option can be selected for each patient.

The medication is available in pharmacies in the form of oral tablets. They are small in size, covered with a film shell and packaged in small plates of 7 or 10 pieces. A cardboard box can contain from 1 to 10 plates. The most popular are the packs of 30 tablets.

In the box with blisters, you can find a description, which indicates the nuances of using the medication, possible complications and contraindications.

The composition of the drug in tablet form includes the ingredient atorvastatin, which has the main therapeutic effect on the patient's body.

The excipients have no therapeutic properties. The amount of the main component per 1 tablet can be 10, 20, 40 or 80 mg. In each case, the doctor can choose the optimal rate of medication per day for the patient.

Liprimar 20 mg (the price of the drug when purchasing a small package is much lower) and the drug in a different dosage has pronounced lipid-lowering properties, which can improve the condition of blood vessels and prevent progression diseases.

The medication has a positive effect on blood circulation and the general condition of the vascular walls, helps to reduce the likelihood of the formation of cholesterol plaques with their subsequent attachment to the walls of blood vessels.

After the drug gets inside, its active substances penetrate into the systemic circulation through the walls of the small intestine, spread throughout the body and have a therapeutic effect. Atorvastatin belongs to a group of components that reduce the level of bad cholesterol in the body. Thanks to this, metabolic processes are improved and a critical increase in cholesterol levels is prevented.

The tool has other properties:

The agent is well absorbed in the body of patients, which ensures high efficiency. The maximum concentration of the ingredient in the blood is reached 40-50 minutes after taking a single therapeutic dose. Over the course of several hours, it gradually decreases. The bioavailability of the drug is high. The main substance binds well to plasma proteins, which also affects the efficiency.

The first result is observed only 7-10 days after the start of therapy. Experts draw the attention of patients to the fact that one should not expect an instant effect. Only course use allows you to achieve a lasting result.

The processing of the basic substance occurs in the patient's liver, where it breaks down into metabolites. Within 1-2 days, the metabolites are excreted in the bile. A small amount of ingredients is evacuated by the kidneys. Disruption of the digestive tract and urinary tract leads to a change in the pharmacokinetic characteristics of the drug. Slowing down the elimination period does not lead to the accumulation of ingredients in the blood.

Food intake does not impair the absorption of ingredients into the systemic circulation. With prolonged use, there is no accumulation of the substance in the blood, which reduces the likelihood of an overdose.

Liprimar 20 mg is prescribed mainly for atherosclerotic vascular changes. The high cost of the drug is not considered for all patients to be an obstacle to treatment, since it is justified by its effectiveness.

Main indications for use:

The drug is often used to treat patients with heart failure, myocardial infarction and a history of ischemic stroke. For hypertension, pills are also used as prophylactic courses to prevent complications.

The medication has contraindications that should be taken into account before starting use.

The main barriers to treatment are:

The drug is not prescribed in the case when patients previously had complications when using drugs of this group.

Liprimar 20 mg (the price of the drug differs depending on the number of tablets in the package) and the drug in a different dosage is not prescribed to patients under 18 years of age.

Children and adolescents usually do not need to use these medications. But if necessary, other means are selected.

The tablet is intended only for oral use in a dosage determined by a specialist. Depending on the patient's condition and the presence of concomitant complications, the dose and duration of treatment may differ.

Correction of the duration of treatment is carried out by a specialist after examining the patient. Sometimes a short course is enough, in some cases only long-term use helps to obtain a therapeutic result.

Liprimar 20 mg (the price of the drug is one of its few disadvantages) can provoke complications from the internal organs. Doctors note that symptoms may appear even if all recommendations are followed.

During therapy, allergic symptoms may occur that affect the visual apparatus, nasal passages and skin. The rash appears on a small area of ​​the skin, and then spreads to large areas. Patients often experience severe itching, which causes them to scratch the affected area and damage the outer layer of the skin.

Adverse reactions are considered a reason for refusing therapy. It is recommended to see a doctor who will prescribe special treatment if necessary.

Taking the drug rarely leads to the development of an overdose, since the component of the composition does not accumulate in the blood. Despite this, the use of pills once in large quantities can provoke such complications.

Overdose is accompanied by repeated vomiting during the day, upset stool, allergic conjunctivitis. Patients talk about lacrimation, itching of the eyelid skin, tissue swelling. The condition is accompanied by swelling of the tissues of the nasal passages. Nasal congestion aggravates the condition, leads to the appearance of a headache associated with a deterioration in the supply of oxygen to the brain cells.

Overdose can provoke a severe allergic reaction, in which the patient develops choking. The condition threatens the patient's life, so it is important to consult a doctor in a timely manner, who will prescribe treatment. In severe cases, the patient is placed in a hospital, the stomach is washed, after which antihistamines, enterosorbents and drugs from other groups are prescribed.

It is forbidden to use any medication on your own to eliminate the symptoms of an overdose. It is also not worth ignoring the manifestations.

Liprimar 20 mg (the price of the drug when purchasing a large package is slightly higher) is prescribed only if there are certain indications or a tendency to hyperlipidemia. Doctors, before determining the dosage, carry out laboratory blood diagnostics, during which the level of harmful cholesterol in the blood is determined. 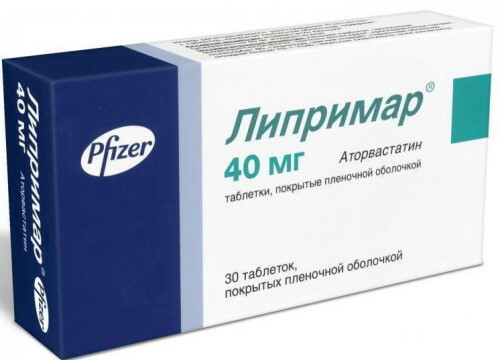 When using the medicine for long courses, regular visits to the doctor and laboratory diagnostics are required. If the patient ignores this recommendation, complications from the internal organs may develop.

The medicine is not prescribed simultaneously with medicines with similar properties or the same composition. This leads to complications.

The risk of developing myopathy increases with simultaneous use with cyclosporins, erythromycin and clarithromycin. This combination also increases the concentration of atorvastatin in the blood plasma, which aggravates the condition.

The concentration of Digoxin in the blood increases with simultaneous use with tablets based on atorvastatin. If it is necessary to use it simultaneously with other medicines, you must first visit a doctor who will decide on the advisability of such a combination.

Substitutes, like the original, can be used for prophylactic courses, if the specialist considers it appropriate. Despite similar therapeutic properties, substitutes are selected only by a doctor for each patient on an individual basis.

The drug is dispensed in different pharmacies after presentation of a prescription form from a doctor. Its storage period is 3 years.

After the expiration date, use is not allowed. During storage, it is necessary to prevent moisture and direct sunlight from getting on the tablets, it is important to keep them out of the reach of children.

The cost of the original is approximately 1050-1100 rubles. per packing. It may differ depending on the number of tablets and the region of distribution.

Some analogs are cheaper, others will have to pay more. The price of the Akorta product ranges from 600-760 rubles. You can buy Lipitor for 200-450 rubles. The cost of the drug Pravastatin reaches 3200 rubles. per packing. The price of analogs may also differ depending on the number of tablets and a specific pharmacy.

Liprimar is an effective drug for lowering the level of bad cholesterol in the blood, which is available in tablet form. The price of the medication is high, but many analogues are more expensive. The drug's effectiveness justifies the cost. Usually, drug treatment begins with a dosage of 20 mg, but according to individual indications, it can change. It is prohibited to independently adjust the dose and duration of the course.

Harm and benefits of statins: 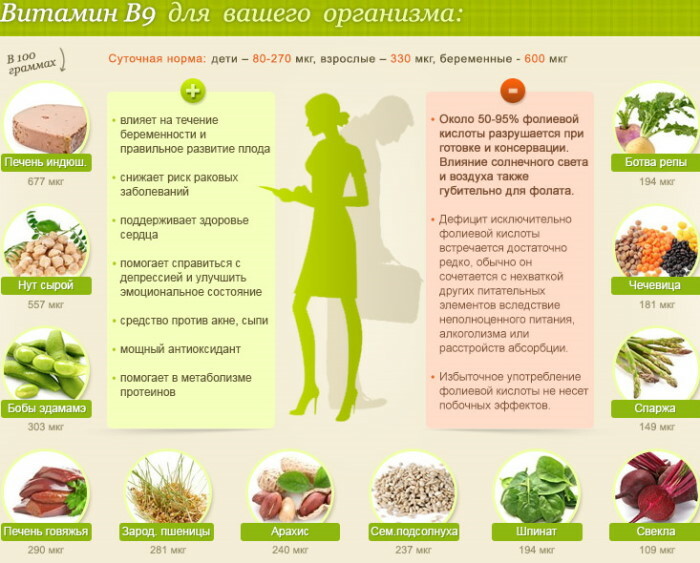 Folic acid for men is useful, for which after 40-50 years

Tafen Nasal drops in the nose. Instructions for use, price, reviews