Losartan with a diuretic effect or not. What is better, reviews of cardiologists

Losartan is a drug from the group of antihypertensive means with a diuretic effect. This group of drugs helps to reduce blood pressure indicators, further enhances kidney function, which leads to an increase in daily urine output. As a result, a more pronounced effect is achieved and the general condition of the patients is facilitated. Additionally, medicines of this group prevent a critical increase in indicators and the development of complications.

Is there a diuretic effect

The drug Losartan has diuretic properties, the name of which contains the letter N. This is important to consider, since the product without this mark does not have a diuretic effect. The diuretic effect is explained by the presence of hydrochlorothiazide in the composition of the drug, in addition to the main ingredient.

It is hydrochlorothiazide that has a diuretic effect, since it belongs to the group of thiazide diuretics. The effect of the intake develops in about 2 hours and lasts for 12 hours, which is considered a good indicator.

The mechanism of action of the ingredient is based on its ability to influence the absorption of sodium in the distal renal tubules, as well as enhance the excretion of potassium, phosphates and hydrocarbons. As a result, daily urine output increases, which has a beneficial effect on the condition of patients with cardiovascular diseases.

Losartan with a diuretic effect is considered an effective tool in the complex treatment of cardiac pathologies. He, like other diuretics, is used not only in the diagnosis of hypertension, but also in some forms of heart failure, as it relieves symptoms, reducing the likelihood of its rapid progression. 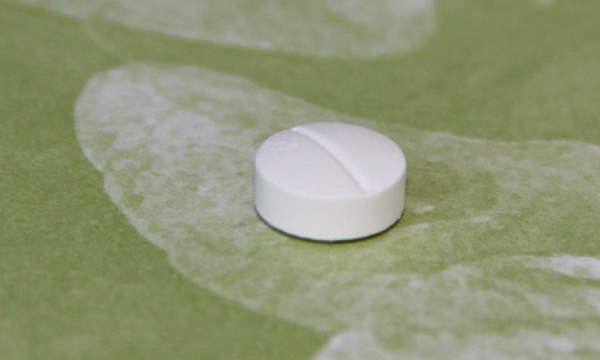 Additionally, diuretic medicines (in particular Losartan N) help to achieve a pronounced and long-term result in patients who often suffer from hypertensive crises have a tendency to impairment of cerebral circulation.

Harmful properties and side effects

Losartan, like other diuretic agents from the group of thiazide diuretics, provokes an intense leaching of potassium from the body. This negatively affects the muscle fibers, namely the myocardium of patients. Potassium deficiency leads to weakness and dysfunction of the heart muscle. This is the main harm of thiazide diuretics, including Losartan.

With course use, frequent admission or violation of the scheme, complications from the internal organs may appear:

Thiazide diuretics, which include hydrochlorothiazide in Losartan, can provoke constipation and jaundice, inflammation of the pancreas, and damage to the gallbladder.

One of the most dangerous negative reactions is considered anaphylactic shock, in which there is a threat to the patient's life. In this case, a rash appears on the body, itching and swelling of the tissues of the throat, oral cavity, nasal passages, and eyes is observed. Against the background of these symptoms, there is difficulty in breathing. The progression of impairments can lead to suffocation as a result of occlusion of the throat lumen.

Another dangerous manifestation of adverse reactions is pulmonary edema. The condition disrupts the work of the respiratory, cardiovascular system, threatens the patient's life.

Losartan with a diuretic effect is considered an effective medication with a combined effect. It lowers blood pressure indicators not only due to the effect on blood vessels, but also due to a decrease in sodium absorption in the kidney tubules.

Despite its effectiveness, the drug promotes the elimination of potassium from the body, which negatively affects the myocardium. The benefits of using the drug for heart diseases outweigh their harm, but subject to proper treatment and adherence to all the recommendations of a specialist.

Cardiologists and therapists today cannot accurately determine whether diuretics or non-diuretic drugs better for patients with cardiovascular diseases, since in each case the individual an approach. If the patient has impaired renal function, reduced daily urine output and edema against the background of cardiac deficiency, it is recommended to take antihypertensive drugs with diuretic properties, for example, Losartan N. 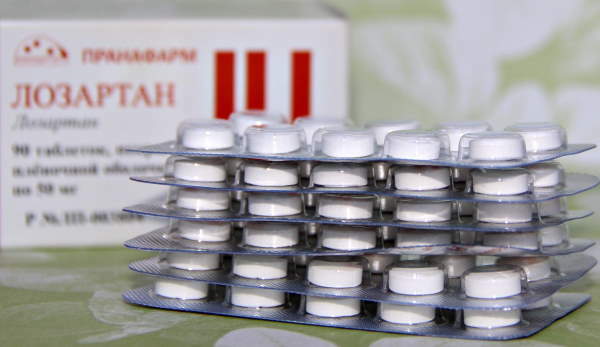 If there is a critical decrease in the level of potassium in the blood, severe pathologies from the urinary system, the use of diuretics can aggravate the condition. In each case, the doctor individually decides on the appointment of a particular drug, based on the needs of a particular patient.

Video about the drug Losartan

My Resource Mr. Darcy in a most infamous manner. I do not know the particulars, but robots.txt [email protected] Warning: Division b...

My Resource "But there seems an indelicacy in directing his attentions towards her Welcome to PHP-Nuke [email protected] mysql_c...