Blogir-3 is antiallergic medication with high efficiency, which helps to eliminate the symptoms of allergic pathologies and reduces the likelihood of their progression against the background of various factors. Tablets (often doctors in the recommendations shorten the word and write tab.) Have an affordable price, so, if necessary, patients can use them for long or short courses.

The drug is available in the form of pink tablets. They are flat, small and round, and fit in plates of 10. The tablets are intended for resorption. There may be 3 plates in a cardboard box, but there are packages with a large number of blisters. Blogir-3 tablets do not have a specific aroma or taste. Their composition includes the component desloratadine, which has the main effect on the body.

These substances have no therapeutic properties. The amount of the main ingredient in the composition reaches 5 mg. Pharmaceutical companies also produce syrup for children based on such an active substance, but adults are prescribed tablets.

Blogir-3 tab. dispensed in different pharmacy points freely, which allows the patient, if necessary, to independently purchase the medicine. Its price ranges from 180-370 rubles. depending on the amount of product in the package.

The cost may vary in different pharmacies and regions, and also depends on the manufacturer's batch.

The drug has pronounced antihistamine properties, that is, it helps to stop the symptoms of a pathological condition when they appear against the background of various external factors or other reasons.

The medication not only helps to eliminate tissue swelling, but also prevents the aggravation of symptoms if contact with the allergen continues. The tool has a positive effect on the general condition, somewhat reduces the likelihood of systemic reactions against the background of local allergic manifestations.

The drug acts quickly after the tablet is absorbed. Many people note the effect earlier than it develops from taking pills inside, based on the same active ingredients. Desloratadine refers to the primary metabolites of the loratadine component, that is, it has pronounced antihistaminic properties.

The mechanism of action of the drug is based on the ability of the active substance to block the activity of type 1 histamine receptors. As a result, the acute symptoms of allergies of various forms and severity are eliminated.

The medication has a complex effect on the body:

The action of the medication is noted approximately 20-40 minutes after the tablet has resorbed, which depends on some characteristics of the body. Throughout the day, the effect of taking the medication remains, which is considered the maximum indicator among other antihistamines.

The main ingredient of the composition binds well to plasma proteins, its bioavailability is high, which ensures its effectiveness. After processing it in the liver, the decay products are evacuated with the help of the urinary system, a small amount is excreted through the intestines. The period of complete release of the body from the decay products of the component takes up to 3 days. The substance does not accumulate in the blood and tissues, which reduces the likelihood of complications, but does not exclude it.

The presence of pathologies of the kidneys, liver and digestive tract often leads to a change in pharmacokinetic characteristics.

Blogir-3 - tab. (the price of the product is slightly different in different pharmacies), that is, tablets that can be used to diagnose an allergic reaction of different origins. 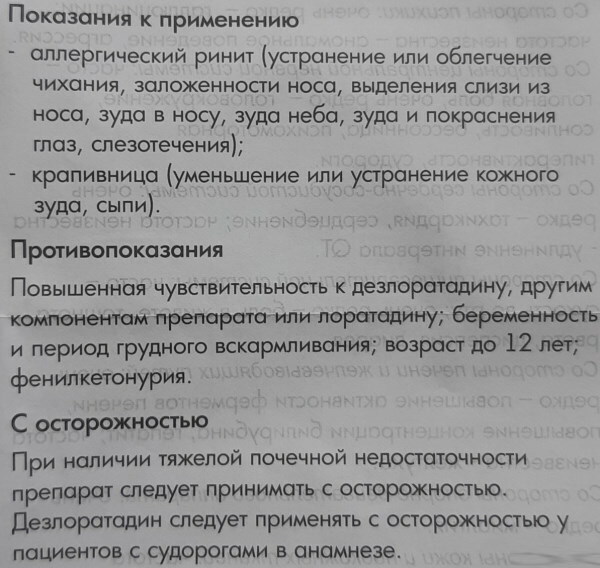 The main indications for the appointment:

In some cases, the drug may be included in the course of complex treatment of Quincke's edema, if it does not proceed in an advanced form.

The medication is not always allowed to be used, since allergies can develop in patients and to the components of its composition. In this case, the reaction is not always associated with the effect of the main substance, often auxiliary ingredients can also provoke complications.

Individual contraindications can be identified in patients during questioning and examination. They are often absent in the official description of a medicine, but their definition is important for a particular patient.

Blogir-3 - tab., The price of which may be higher when purchasing a large package, used only orally after visiting an allergist or therapist. It is recommended to dissolve the tablets in the mouth before dissolving, which will provide a pronounced result in a short period of time.

In most cases, a standard regimen is used for treatment for different diseases, but the dose may differ depending on the severity of the symptoms. Usually, patients are prescribed 1 tablet per day, and the use is continued from 5 to 10 days in a row. Experts draw the attention of patients to the time of day at which they take the pills. Despite the lack of sedation from the new generation of drugs, some patients report weakness and drowsiness during treatment. 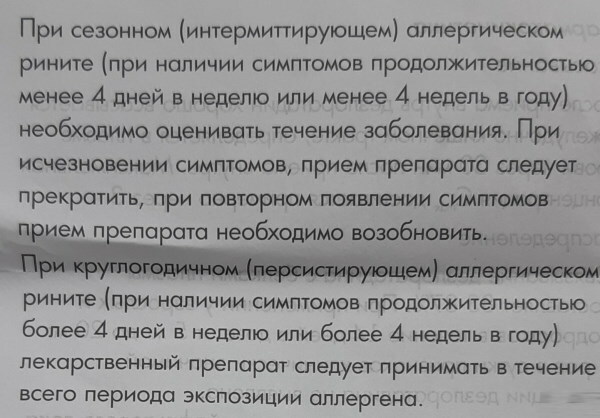 That is why it is better to take the tablets in the afternoon to reduce the likelihood of deterioration in concentration and productivity. It is not necessary to drink the pill with water when dissolving the tablet, but it can be done if necessary.

Dermatitis manifests itself in patients in an acute form, accompanied by itching of the skin and other symptoms. Taking pills helps to stop symptoms in the acute period, prevents its progression.

In the acute stage, it is allowed to take 2 tablets per day. Typically, this treatment lasts no more than 3 days. After that, you need to take 1 tablet per day for 7 days. If necessary, treatment can be extended according to individual indications.

The medication helps to improve the condition of patients who suffer from a seasonal form of allergy, that is, the symptoms worsen at certain times of the year, more often in spring or summer. In this case, therapy can last up to 4 weeks if symptoms appear in an acute form.

The daily dosage for such patients is 1 tablet. On certain days, when the manifestations are especially pronounced, an increase in the daily rate of up to 2 tablets is allowed, but only according to the testimony of a doctor.

Blogir-3 - tab., The price of which can be high for some patients, used for acute urticaria as a method of auxiliary treatment. This is due to the fact that it is often not enough for patients to prescribe only pills.

Some people with urticaria are shown glucocorticosteroids, which can help resolve acute symptoms more quickly. In this case, Blogir-3 is taken in courses of 7-10 days, and the daily dosage does not exceed 1 tablet.

After completing the course, the specialist evaluates the result of therapy, prolongs the course or changes the dosage if necessary.

The medication is considered relatively safe for patients, but can provoke negative reactions if used improperly. In this case, complications affect the work of internal organs and systems.

Patients may experience allergic manifestations to any ingredient in the composition. Usually, allergy manifests itself as standard symptoms in the form of a rash and itching of the skin, but as the condition progresses, edema of the mucous membranes and some systemic disorders join.

The appearance of complications is considered a reason for canceling therapy and visiting a doctor. It is possible that the manifestations will disappear on their own in a few hours after the pills are abandoned, but this does not always happen.

Some patients take more pills to enhance the therapeutic effect, they can repeat this throughout the course of treatment. Doctors warn that this approach can provoke an overdose. The condition often develops as a result of a single intake of a large number of pills.

Overdose is considered a dangerous condition for the patient's body. It is accompanied by severe symptoms such as dizziness and lack of coordination of movements, bouts of vomiting and severe pain in the abdomen.

Over the course of several days, the condition may worsen, fluctuations in blood pressure are observed, and complications from the heart appear. Overdose often provokes upset stools and repeated vomiting throughout the day. Such symptoms can provoke dehydration of the body, so it is important to respond in a timely manner to their appearance.

Severe forms of overdose are treated in a hospital setting, where the patient receives parenteral drugs, preliminarily undergoes a gastric lavage procedure to free it from the remnants of pills. Within a few days, the symptoms disappear, the general condition returns to normal.

Blogir-3 - tab. (the price of the drug can become an obstacle for patients to treatment), used mainly for patients with severe manifestations of allergies, which is associated with the strong action of the drug.

If the patient develops any mild symptoms, do not use a potent medication. Doctors pay attention to the fact that it is impossible to press on the tablet when removing it from the blister. It is better to carefully open the plate and take out the pill. Damage to it can disrupt the chemical formula, which negatively affects the effectiveness.

The medication is allowed to be combined with many antibiotics from different groups, vascular drugs. There is no decrease in effectiveness when treated simultaneously with proton pump inhibitors, antiemetics.

Simultaneous use with other medicines with antihistamine properties is not recommended. The decision on the combination of certain medications is made by the doctor after a preliminary examination.

The medication has analogues with antiallergic properties.

As an analogue, the Erius product can be used, which is available in various forms. It also contains desloratadine.

During storage, avoid direct sunlight on the tablets, be sure to keep them away from children. 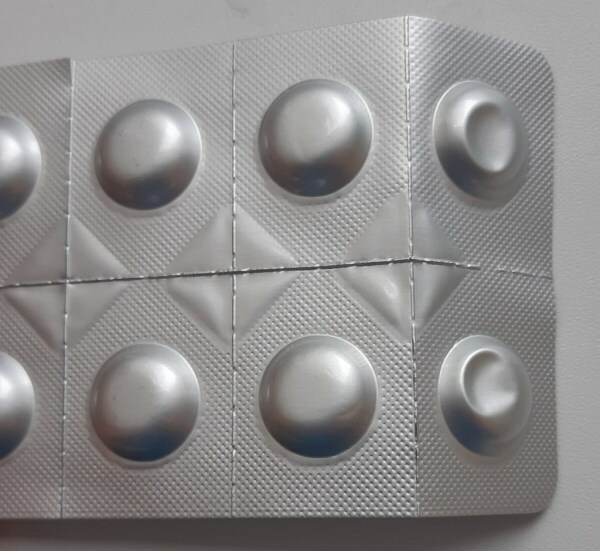 The maximum storage period does not exceed 3 years. After that, the use of the tablet dosage form is prohibited.

Blogir-3 - effective and relatively safe pills (doctors in the prescription often abbreviate the name of the form to tab.) For resorption, which helps to relieve allergy symptoms of varying severity in patients with chronic or acute its forms. The price of the medicine is high, especially when purchasing a large package, but it is justified by the effectiveness, confirmed by many patients.

Video about the drug Blogir 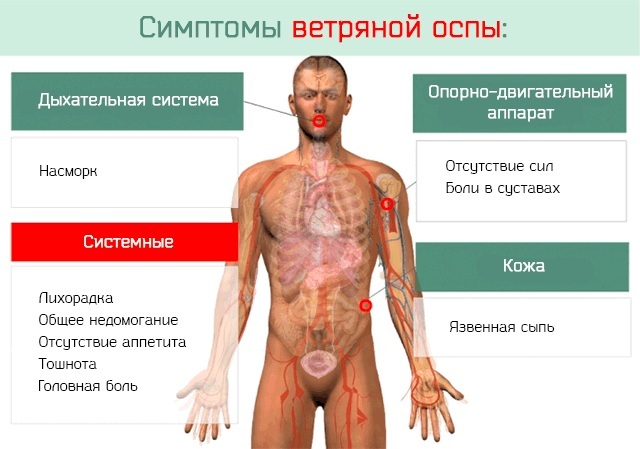 Diarrhea with chickenpox in children. What to do, does it happen 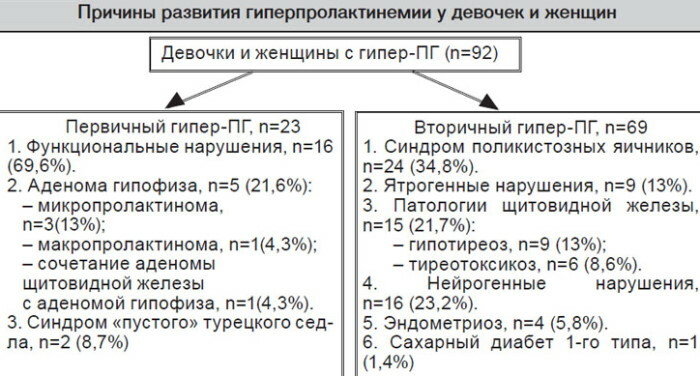 Hyperprolactinemia in women. Symptoms, what are they, reasons 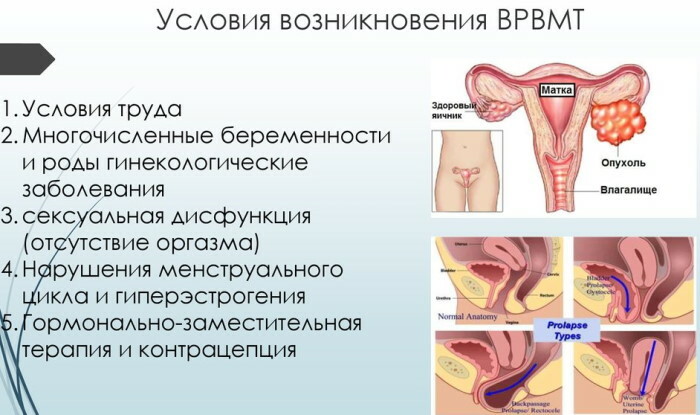 Ectasia of the pelvic veins. What is this, 1-2 degrees, treatment