Coercion in psychology. What is it, definition, example, types

Coercion is a way of resolving a conflict through force, verbal attacks or manipulation. The term that has become widespread in psychology, sociology and jurisprudence implies the use of personality of various methods of psychological influence to meet their needs or approval proposed ideas.

Coercion in psychology is the use by the subject in relation to the objects of coercion of various methods of psychological influences prompting them to perform certain duties regardless of their own desire, to realize their guilt and to correct the admitted misconduct. In this interpretation, the term is used in social psychology to characterize "coercion" as one of the educational methods based both on persuasion and on other methods of influence.

Compiled by A.Ya. Antsupov and A.I. Shipilov. "Dictionary of the Conflictologist" defines the term "coercion" as a tactical technique in a conflict, accompanied by the threat of sanctions, violence or blackmail in order to force the opponent to take certain actions (or go to concessions). In conflictology, coercion also means the use of force or the threat of its use in order to persuade the opponent to a certain nature of behavior that does not coincide with his desire. It is widely believed among conflictologists that the use of coercion is incompatible with a genuine solution to the problems that caused the conflict, but can only be used for its urgent suppression.

In social psychology, coercion, as a measure of influence, refers to the categorical requirements presented by the subject of psychological manipulation. A person who has resorted to coercion must monitor the fulfillment of his requirements, and in case of unreasonable failure to fulfill them, take appropriate punishment.

Dealing with the problem of coercion, the Soviet psychologist Levidov N.D. noted that any form of manifestation unreasonable aggression is perceived by people in an extremely negative way, because before using punishment he advised the subject of coercion to try to find milder methods of influence, using:

Any form of punishment here is a way to inhibit the conflict caused by deliberately committed harmful and contrary to the interests of the collective activity.

Punishment here does not set itself the goal of causing harm to the offender (physical or moral), but is aimed at concentrating a person's consciousness on the feeling of guilt. Punishment measures here also help to discover hidden personality traits, to study behavioral characteristics and help in choosing a way of joint interaction.

Punishment is used not only to restore order, the priority of moral and legal norms adopted in society, but also helps the development of self-control based on the individual's awareness of the inadmissibility of violating public rights and interests.

According to the scientist, the use of anti-pedagogical means is aimed at the moral suppression of a person, deprivation of his self-confidence, the appearance of experiences associated with a sense of his own inferiority. Also, according to the psychologist, it provokes the appearance of anger in the individual and the desire for active resistance to psychological influences.

Coercion in the process of communication is used when other methods of influence are ineffective and can be used only in the case of a higher status of the subject of coercion in relation to the coerced by him object. For example, an authoritative teacher forces students to follow orders.

Coercion used in pedagogy is applied by a teacher (or educator) and consists of:

Psychologists note that as a permanent form of influence, coercion in the process of interpersonal communication is ineffective, but you should not completely abandon it, because:

As a method of psychological abuse

Coercion in psychology is violence, expressed in the compulsion to certain actions against the individual's own will. As a way of manifestation of aggression, it is characteristic of a wide range of illegal actions: from extortion and terrorism to various forms of slavery (Glossary of terms of aggression and violence).

As a type of aggression, mental coercion consists in the application of mental violence to a person, aimed at doing what is pleasing to the demanding action or refraining from undesirable for him actions.

By its structure, mental coercion is a variant of informational influence on consciousness of a person, which carries the threat of using physical violence against herself or her relatives people.

Psychological coercion in psychology and jurisprudence refers to any means of influencing the human psyche, accompanied by intimidation with the use of physical violence (or the threat of its use), destruction or damage to property, dissemination of slanderous fabrications.

Coercion in psychology is a form of psychological pressure on the human psyche through deprivation of his choice in favor of inclination to the only (of the possible) variant of behavior.

Depending on their nature, methods of coercion are divided into physical and psychological. Physiological - based on the use of force, and psychological - act as a way to induce a certain person to activity that does not correspond to his own desires. During psychological coercion, the object fulfills what was prescribed to him, being in a state of strong internal protest, obeying not his own desires, but the prevailing external circumstances.

The main prerequisite for the implementation of psychological coercion, according to the Soviet psychologist N.D. Levidov, is a feeling of fear associated with an unconditioned defensive reflex and manifested in the implementation of the instinct mechanism self-preservation. According to the psychologist, the social nature of fear is very complex and has not yet been sufficiently studied, but is able to cause and intensify nervous tension when a person realizes and experiences his own weakness.

Observations carried out by a group of Russian psychologists have established that fear arises mainly as a result of verbal influence and is closely related to human consciousness. Its appearance is caused by the appearance in a person of a sense of danger, as a result of the perception of things and the current situation, his understanding and judgment about it.

A threat as a method of psychological coercion is a potentially dangerous event or the promise of problems and troubles. Honored Scientist E.P. Ilyin characterizes the concept of threat as a way of influencing a person, which consists in a promise to do him harm or any trouble. Threat is used, according to the doctor of psychology, in order to induce anxiety or fear in a person, contributing to his submission. 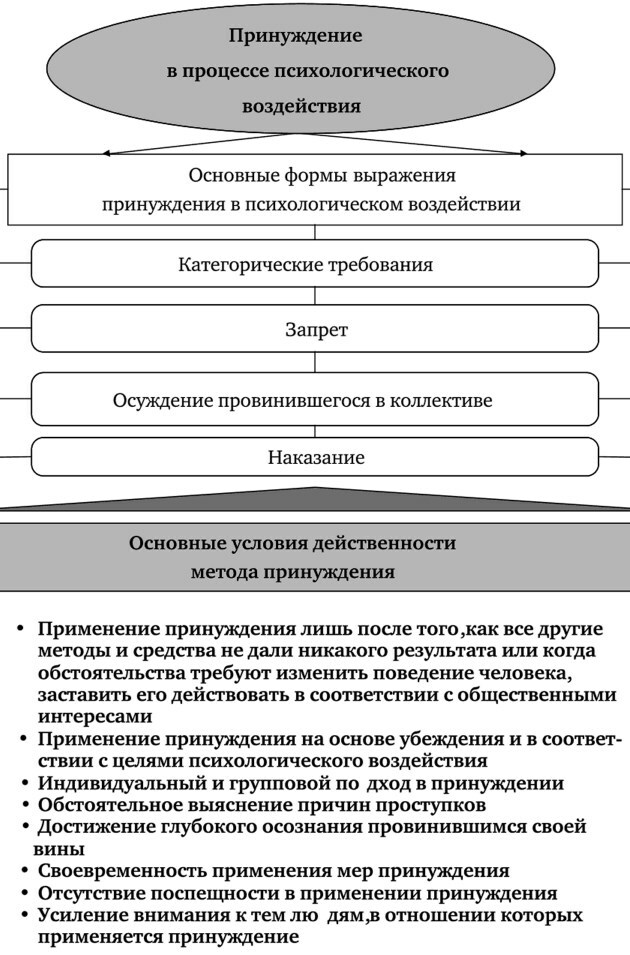 Bullying can be overt, such as when a teacher threatens to leave a child for a second a year or hidden, consisting in the words of the parents that the child may not grow up if he refuses to eat porridge, and widespread in social relationships between people who are:

The threat is also used in family interactions.

The forms of external manifestation of a threat can be: 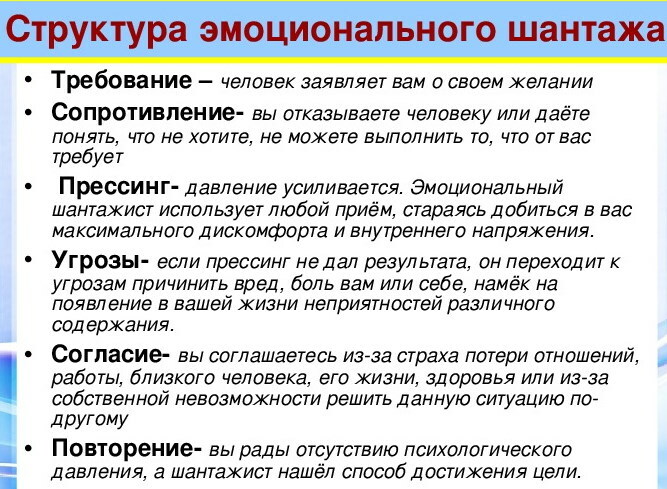 Manifesting in a veiled form (for example, "accept me as I am") or in a direct form ("if you want to be with me, you must ") blackmail provokes the appearance in the object of coercion of a feeling of fear for his life, property or well-being. In jurisprudence, blackmail is considered one of the ways to commit criminal offenses. Also, this technique is effectively used in interpersonal and family relations and is aimed at obtaining the subject of coercion for his own benefit.

Hypnosis is a method of psychiatric coercion, which consists in deliberately bringing a person into a helpless state against his will, through informational influence on his psyche. The effect carried out in this case leads to the suppression of the hypnosis object's will and the limitation of his ability to free self-expression.

Unlike a waking person, the hypnotized subject of compulsion uncritically perceives the transmitted information to him, which is due to the appearance in the cerebral cortex of the inhibitory process caused by words hypnotist.

The hypnotic phenomenon arising in the process of coercion leads to:

Where it is used and its danger

Coercion in psychology is based on a feeling of fear that arises in the subconscious of the subject, psychological manipulations, accompanied by him by the appearance of feelings of anger, irritation, resentment, disgust and guilt, for a committed (or imperfect) act (honored scientist E.P. Ilyin)

Psychological coercion manifested in the form of threats or orders is most common in military units and places of execution. punishments, based on the authority of the subject of coercion and is designed to force the object of the relationship to do not coincide with his desire and by the will of the act.

Coercion is actively used in educational and educational institutions, where it manifests itself in the form of motivating students (pupils) by the teacher (educator) to perform the necessary actions (for example, to perform home tasks).

In criminal practice, coercion, manifested in the form of a threat, or hypnosis, is a criminal offense and removes from the object of coercion guilt for committing (or not committing) illegal acts.

In the form of psychological manipulations: threats, blackmail, gaslighting, coercion, as a form of psychological violence, can be observed in interpersonal and family relationships. In this case, the object of coercion, according to the psychologist, the therapist Morozova T.K. for a long time may not be aware the very fact of mental violence manifested through coercion, feeling only discomfort and dissatisfaction with one's own life. 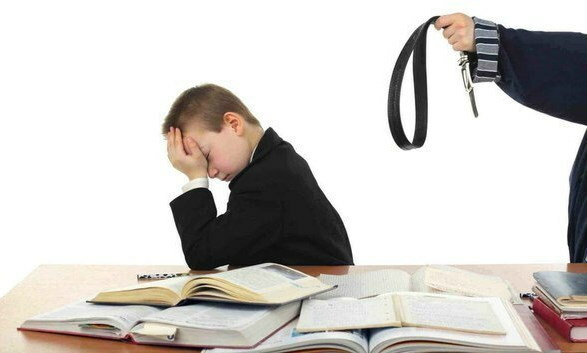 For a long time, a person under the influence of coercion can detect the development of somatic diseases: migraines, stomach ulcers, hypertension. Such symptoms appear as a response of the body to prolonged compulsion, but in most cases, according to the therapist, they are attributed to the object of compulsion, to their own fatigue.

As an example, a specialist cites a case when a wife, tired at work, hurries home to in order to cook and serve dinner to your spouse on time, and when serving tea, he must stir it in a glass sugar. She does this because she knows that otherwise her husband will be unhappy and will resort to coercion through threats or blackmail.

According to the therapist T.K. Morozova, the opposition to psychological coercion in family and social relationships begins from the moment a person realizes his condition.

Circumstances contributing to the awareness of psychological coercion:

The inner protest of the personality provoked by coercion over time is transformed into an open confrontation - a conflict that can stop the subject of coercion, forcing him to change violent ways its impact.

In order to resist psychological coercion, according to the psychologist T.K. Morozova, the object of coercion must:

A specialist will also provide assistance in releasing from psychological coercion, after a detailed study of the current situation and determining the method and type of violent influence.

In psychology, the term "coercion" means a form of psychological pressure directed by a person to suppress the will of another person in order to realize his own interests.

Psychological coercion, which has become widespread in military affairs, jurisprudence and educational institutions, can manifest itself in the form of blackmail, threats or hypnosis, and when long-term exposure can provoke the appearance of various somatic disorders in its object, requiring complex medication and psychiatric treatment.

Video about coercion in psychology

Psychology of manipulation and submission: 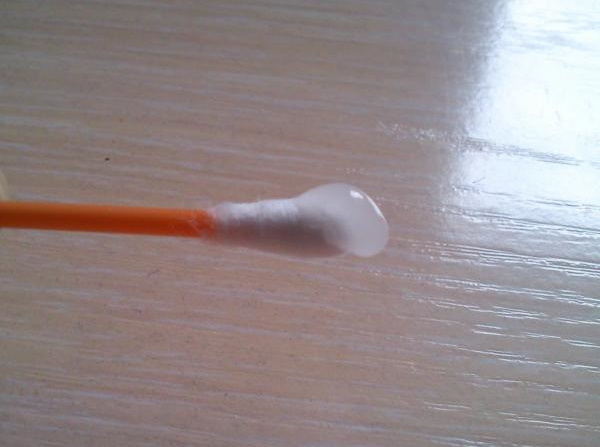 Xamiol gel. Reviews for psoriasis, instructions for use 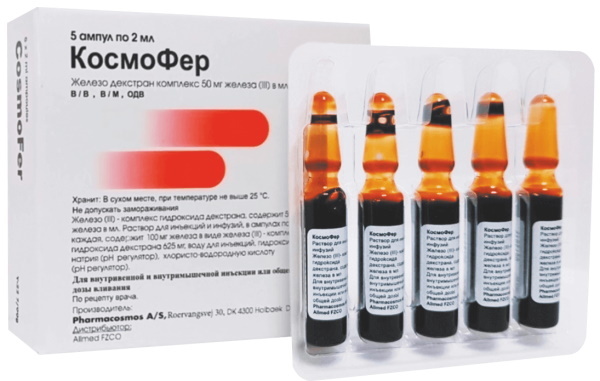 CosmoFer in ampoules. Price, instructions for use, reviews