What is neurasthenia: all about the treatment of nervous exhaustion 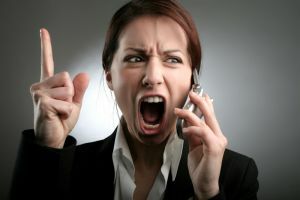 Long-term emotional and physical overload can provoke a person's state of neurasthenia - a pathological state of the human nervous system, characterized by increased emotionality, hyperexcitability, a tendency to depressions and other unpleasant manifestations.

According to statistics, such disorders of the nervous system are affected by people from 20 to 40 years, and in men this condition is diagnosed much more often than in women.

If a person recycles, is in a protracted conflict, does not sleep enough at night, often gets into stressful situations, survived a tragedy or the death of a loved one, he automatically falls into a risk group.

Forms of the syndrome

So, it is necessary to pay attention to one's own emotional state or the behavior of a friend. Neurasthenia can manifest itself in three forms:

If you find one or more symptoms in yourself or a loved one, you should urgently contact a psychologist, a psychiatrist, a neurologist.

If the patient has been diagnosed with asthenic neurosis syndrome( neurasthenia), then it is necessary to proceed to urgent treatment of the problem, which should be carried out in a complex way - the choice in favor of one of the methods may not yield results.

The aim of the treatment is to completely remove the provoking factors, as well as to return the person to the original calm state. 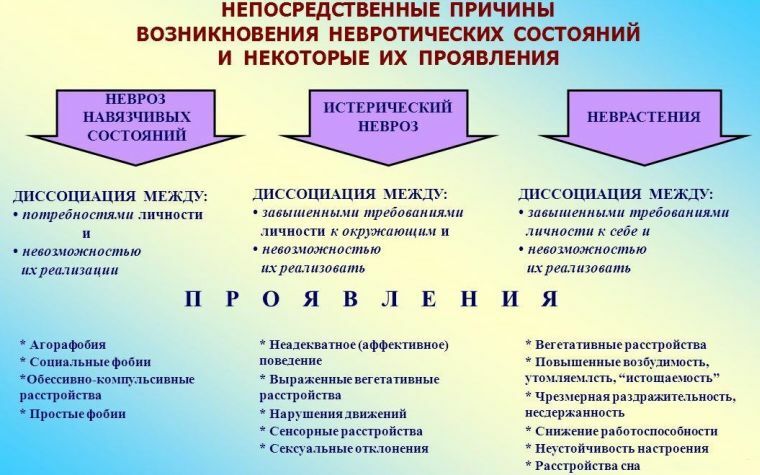 At the initial stage of treatment, it is necessary to remove the provoking factors from the "field of vision":

The list can be listed for a long time - the causes of neurasthenia can be hidden in the most simple trivia, which are necessarily eliminated. To provoking factors do not apply until the person emotionally completely comes to the original calm state.

If the stage of neurasthenic disorder is deep, you should consult a specialist. As a rule, everything depends on the behavior of a person, his character and temperament, as well as the duration of a pathological condition.

A psychologist can help at the initial stage of the disease, when the neurasthenic state manifests itself only after the influence of the provoking factor. The psychiatrist is already dealing with deeper problems, and already a neurologist can advise treatment in a hospital in the neurosis department if the patient's condition is critical and all symptoms manifest themselves in more significant forms.

To begin with, a psychologist or psychiatrist works with the patient, which determines the form and stage of neurasthenia. Here a series of emotional and physiological surveys are conducted. Based on the results obtained, psychotherapy begins.

The main methods of psychotherapy include:

Psychotherapy consists in suggesting to a person a positive attitude to problems and troubles that have arisen - gradually this completely relieves the patient from anxiety and other experiences.

The neurasthenic condition is characterized by exhaustion of the nervous system, which leads to the development of further pathologies - this is manifested in the patient's symptoms. If a person is in a state of neurasthenia for a long time, he is recommended to undergo a hospital examination and take a full medical treatment for recovery.

So, neurologists can prescribe the following drugs:

Use of medicines without the permission of a doctor is prohibited.

According to the indications the patient can be prescribed physiotherapy methods - electrosleep, massage, reflexology, aromatherapy and other procedures.

As such, there are no difficulties in the treatment of neurasthenia. If the treatment did not lead to results, a somewhat different therapy is prescribed. Complexities can arise only in the very treatment of the patient for qualified care.

Often, people with neurasthenia do not feel they have problems and a pathological condition. They deny their changed behavior and respond with aggression to such statements.

How to deal with the

problem yourself If you find nervous excitement and the above listed features of neurasthenia, a person can cope with the problem himself at home.

To begin with, go on vacation or just take a few days off at work to completely exclude contacts with employees that cause a person's nervous breakdown. During the rest it is better to turn off the phone, do not check the mail - it is important to completely disconnect from the old way of life.

During the rest, you need more time to sleep and the quietest time. For example, earlier I wanted to see an interesting film or series, but there was not enough time for it. Now you can afford it. Someone will find soothing a cleaning in the apartment - this also can not be ruled out if from this there will be a really soothing effect.

At the same time, it is recommended to use folk methods for treating neurasthenia:

The use of folk remedies can be different. Sometimes baths with the same sedative herbs have a useful and more soothing effect.

To avoid falling into the neural trap

The main actions for the prevention of neurasthenia include:

The main thing in the fight against neurasthenia is the exclusion factor of provocative moments that cause negative emotions in a person. 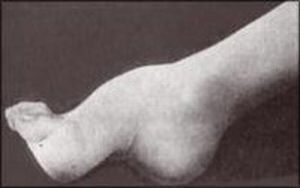 Friedreich's hereditary ataxia( AF) is a disease in which is damaged in the nervous system by the degenerative scenario. This is autoso... 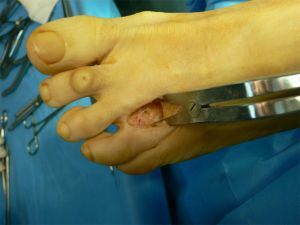 Mortom's neuroma is a fairly common form of the disease, which manifests itself in the form of a thickening of the nerve of the foot and is acco... 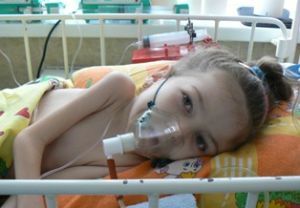 The genetic disease of Werdnig-Hoffmann belongs to the group of spinal amyotrophies, is inherited in an autosomal recessive type. Spinal musc...