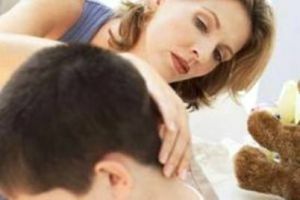 Purulent meningitis is an infectious disease that affects the membranes of the brain or spinal cord, due to the ingress of bacteria, accompanied by the formation of purulent foci. This is the most severe of the inflammatory diseases of the central nervous system.

Affects a person at any age, but most often they purulent meningitis diagnosed in newborns and children under 5 years.

Usually, inflammation is caused by streptococci, pneumococci, staphylococci, E. coli and other pathogens. In the brain, the infection gets through the blood and provokes inflammation there. Outbreaks of purulent meningitis occur in the autumn-spring period.

Causes of the inflammatory process

The cause of the disease is a direct infectionin the shell of the brain is the primary form. With pathogens, a person has to contact daily in everyday life.

Secondary meningitis develops against the background of diseases of acute respiratory infections, acute respiratory viral infection, tonsillitis, tuberculosis, pneumonia and others, due to lack of timely treatment or due to the presence of weakened immunity. Infection can be entered artificially - when performing surgical intervention with non-sterile instruments, as well as in the case of craniocerebral trauma.

Also, the risks of infection include frequent hypothermia, sore throats, otitis, weakening of the immune system. In children up to 5 years of age, the causative agents are most often salmonella, streptococcus and E. coli. If the mother is already infected with these infections or with more purulent meningitis, the child may get infected in utero during pregnancy.

Infection penetrates the body through the respiratory system( lungs, throat), digestion( stomach, some parts of the intestine), patients with

caries teeth. Through the sources, the bacteria enter the bloodstream and reach the brain and spinal cord, where they provoke a purulent inflammatory process.

The following ways of infection with meningitis are distinguished:

Features of the disease

A feature of purulent meningitis in children is its onset, which is manifested by motor excitability, crying, general anxiety. Often there is vomiting and diarrhea.

In a newborn, meningitis can be recognized by swelling and increased pulsation of the fontanel, and it also has seizures and screams at the onset of the disease.

In adults, purulent meningitis begins rapidly - often within an hour the patient rises sharply to 39-40 degrees and there is a severe headache that goes to the neck, back and even legs. There is severe vomiting, loss of consciousness, cramps and nonsense.

A man strives to adopt the position of a "dog" - lying on his side, toss his head back, and his legs to his stomach. This position is taken at a subconscious level - the patient tends to stretch the spine to reduce intracranial pressure.

Complaints and manifestations of 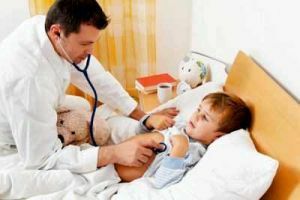 Symptoms of the disease in children and adults are manifested in the form of weakness, cough, runny nose, diarrhea and vomiting, skin rashes, if purulent meningitis occurs due to other diseases, then there is weakness, drowsiness, pain over the eyebrows or under the eyes, fever, pain in the bones.

Children under 3 years of age have the characteristic features of the symptoms:

Before meningitis, a child often has otitis, pneumonia, bronchitis.

In adults, the symptoms of purulent meningitis differ somewhat. Here is shown: 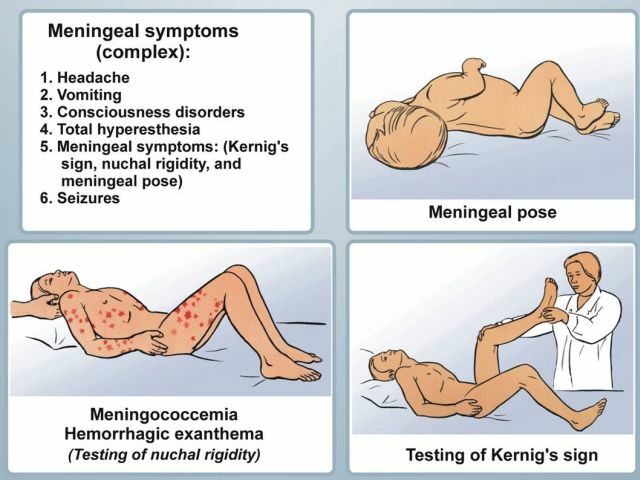 If signs are found, especially in young children, an ambulance team should be called immediately to hospitalize the patient in the hospital for immediate assistance.

Assistance in a medical institution

The main method of diagnosis in adults and children is the examination of cerebrospinal fluid, for which the puncture is done. 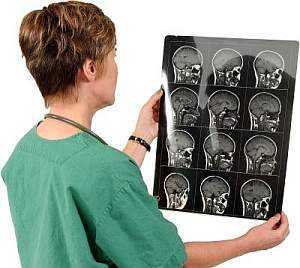 Secondary meningitis can be detected by congestion in the fundus. In children, in addition to taking a puncture, blood is taken for analysis - according to a large number of leukocytes and neutrophils, an accurate diagnosis is determined.

How the outcome of the disease depends on how timely the therapy is started. When placed in a hospital it is important to identify the source and cause of infection in order to prescribe effective drugs.

Treatment of purulent meningitis in both adults and children begins as soon as the doctor suspected the inflammatory process of the brain. As the beginning of therapy, a broad-spectrum antibiotic is introduced, after which the patient is hospitalized. While the diagnosis is being carried out, the patient continues to be injected with antibiotics. Having established an accurate diagnosis, a treatment is prescribed.

Therapy involves the use of antibiotics of cephalosporin groups, penicillins and macrolides. They are administered at the maximum admissible doses, every 4 hours and after a noticeable improvement, treatment with antibiotics continues for up to a month.

For the removal of unpleasant symptoms, other drugs are prescribed: 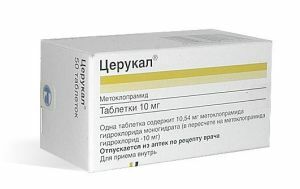 When purulent meningitis is performed trepanation of the skull to remove pus. If this is a secondary form of the disorder, then drugs are prescribed to treat the underlying disease.

After improvement of health the patient is sent to home aftercare and subsequent dispensary supervision.

The patient should visit the specialists 2 times a month for the first 3 months, and then every 3 months. In the second year of follow-up, one visit to the doctors is sufficient for six months. Terms are valid in the absence of deterioration in health.

Traditional methods of treatment help alleviate the condition of the patient, but do not help cure the disease itself. Applied:

At home, before the ambulance arrives, the patient must be provided with mental and physical rest. Close the windows with curtains, so that the light does not increase the headache and does not blind the eyes, to ensure silence.

On the head, arms to the elbows and legs to the knees, put ice along the spine or rags soaked in cold water and change them as they warm up. You can give the patient a drug for headache.

Complications and predictions - no good. ..

The consequences and complications of purulent meningitis in adults include:

Cerebral edema may occur, which may occur, as in the first hours after infection, and within 2-3 days. The prognosis of treatment in adults, if it is started in a timely manner, is favorable. Only in the absence of timely treatment occurs the death of the patient( in 14% of cases).

In children, purulent meningitis can cause the following consequences and complications: 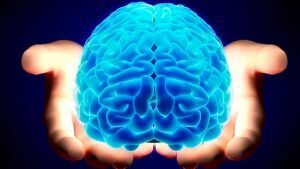 For newborns, the disease is accompanied by complications in the form of hydrocephalus, blindness, deafness, epilepsy, mental retardation. To early complications include convulsive syndrome and cerebral edema.

The prognosis for babies remains unfavorable - if purulent meningitis is detected in a newborn child, 15-25% of such children die, ie 3 babies out of 4 survive.

The most effective remedy against the disease is vaccination. It is done against three main pathogens: hemophilic rods, pneumococcus and meningococcus.

Eliminate the occurrence of secondary meningitis by eliminating purulent foci with the proper treatment of otitis, tonsillitis, furunculosis and others.

In the presence of the first signs of the disease, you should immediately contact a specialist, calling the doctor at home or emergency room.

The timely treatment of purulent meningitis gives a favorable prognosis for recovery without dangerous complications. 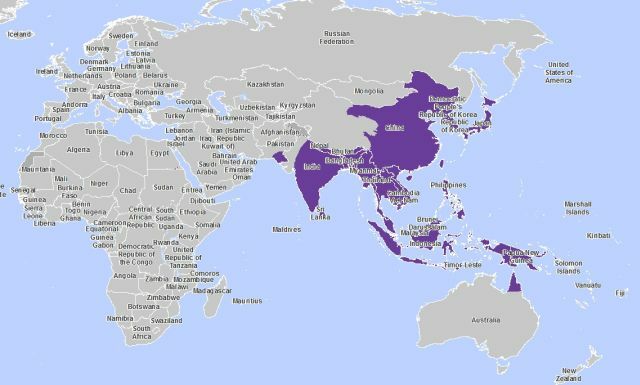 Japanese encephalitis is a dangerous neuroinfection

Japanese encephalitis is an infectious disease that has a transmissible transmission pathway. The disease is also called mosquito encephalitis. ... 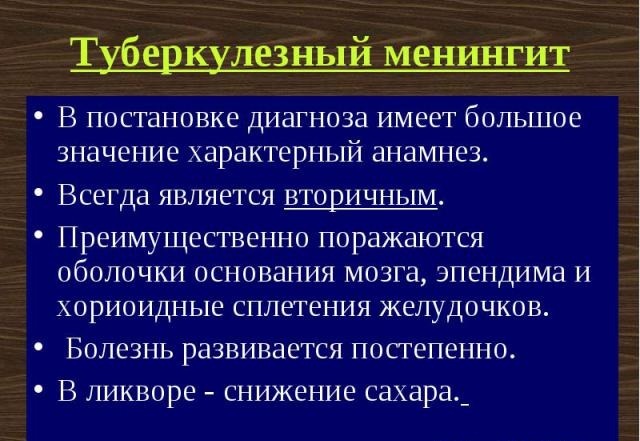 Tuberculosis meningitis - when a tuberculosis infection hits the "bull's eye"

Tuberculous meningitis is a secondary inflammation of the spinal cord and brain membranes in people with tuberculosis of various organs. This... 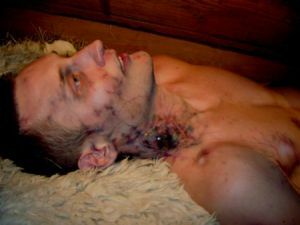 Encephalitis is an inflammation of the brain, caused by the penetration of various microorganisms into it. There are primary and secondary encep...