Spastic diplegia, as a severe form of cerebral palsy 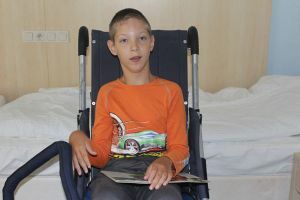 Diplegia is a form of infantile cerebral palsy, in which there is a complete disruption of the normal functioning of the muscles of the upper and lower extremities.

As a rule, cerebral palsy is a violation of the growth of bones and muscle tissue, as well as a deviation from their normal full development, due to the brain hemisphere. Such a defeat is manifested to a great extent only on one side.

Diplegia is characterized by the defeat of both sides - the lower or upper extremities( in most cases, the foot is affected).

Spastic diplegia is the second name - Little syndrome. This name pathology was in honor of the English obstetrician Little, who in 1853 described the disease of newborn children. Pathology is characterized by the presence of lower spastic paraparesis or tetraparesis, which mainly affects the child's legs.

The disease belongs to the group of infantile cerebral palsy and is one of the most common forms. The pathology can be pronounced or it can be issued with slight awkwardness.

The reason is the increased tone of the muscles of the arm or leg, as a result of which the arm can be bent at the elbow joint and turned to the trunk, while the fist is clamped. As for the foot, here there are much more troubles - the lower extremities of the patient are in a half-bent position, and when walking, their crossing is noted. 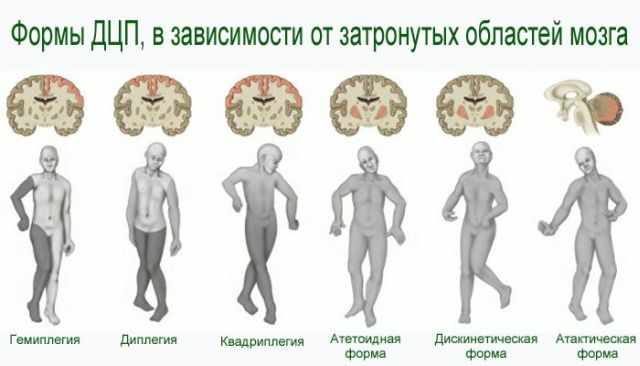 These include the following prerequisites:

As a result, children whose mothers lead an abnormal lifestyle during pregnancy, take alcoholic drinks and adhere to other bad habits, go through a prohibited treatment during gestation.

How it looks in life 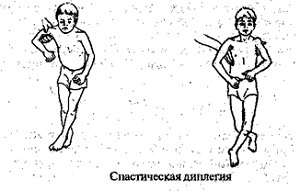 In the photo, a characteristic posture for spastic diplegia

Spastic diplegia occupies 75% of all detected cases of cerebral palsy. In comparison with other forms, Little syndrome is characterized by a large leg injury.

The face and upper body may not be involved at all, hands to a lesser extent. Significant manifestation of the syndrome at an early age contributes to the formation of contractures - the limitations of passive movements in the joints, which adversely affects the position of the spine.

The predominant symptomatology of the presented form of pathology is paresis of the lower limbs. In the supine position the child's legs are in a straight line, but when they try to put it, the legs begin to bend at the knees, transferring the center of gravity to the socks.

Also in the syndrome of Little, they note a delay in mental development, speech and psyche. In rare cases, the paresis of the vocal cords and the violation of sound formation are diagnosed.

Little's syndrome is diagnosed at an early age - doctors can put a definitive diagnosis before the year of birth. The diagnosis itself implies a complete comprehensive examination designed for the baby of infants. 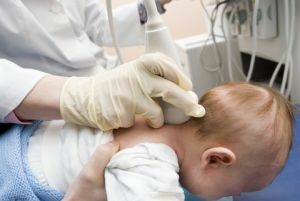 Here, ultrasound of the brain is appointed, on the basis of which the lesion is detected, as well as radiography, which allows to determine the delay in bone growth and the presence of contracture.

The main role in diagnosis is the detection of appropriate symptoms.

Babe up to one year:

At an older age:

Accurate diagnosis is determined by:

Treatment of the Little syndrome 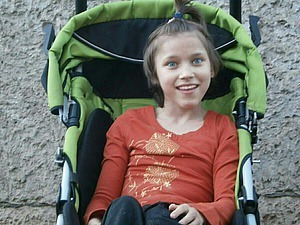 It is impossible to cure spastic diplegia - one can only soften the muscle lesions and maximize the child's preparation for adaptation to public life.

Here, a greater degree of resort to general physiotherapy rehabilitation procedures, which are appointed in accordance with the form of the disease and its course.

The possible treatment methods include:

The use of nootropics( Piracetam, Nicergoline, Caffeine and other preparations) and homeopathic preparations( Spaskuprel, Verotrum, Natrium and others) are among the drugs for drug treatment.

Drug treatment is performed in the presence of auxiliary lesions in the form of delayed intellectual and psychological development.

Consequences and prevention of

In the absence of timely treatment, raising a child to his feet becomes almost impossible. About 20% of patients can walk independently, and only half of patients use improvised means in the form of crutches and other supports.

The rest are forced to be bedridden. In the case of timely diagnosis of the disease, as well as the initiated comprehensive treatment can achieve positive adaptation in society.

As far as prevention is concerned, it is only necessary to observe the requirements of a pregnant woman and not to provoke a violation in the development of the fetus in utero. To do this, you should abandon bad habits, from using strong drugs, not expose yourself to the harmful effects of various types of radiation.

At the birth of a child it is important to provide him with proper care, not to expose the baby to infection with infectious diseases transmitted by airborne droplets, to protect the crumb from falls.

If a strange behavior, hyperexcitability or unexplained crying of a child is found, the doctor should be consulted immediately. Especially if for the development of spastic diplegia there are prerequisites - factors established during pregnancy or immediately after the birth of the baby.

The author - Sozinova AV practicing obstetrician-gynecologist. Experience in the specialty since 2001.Premenstrual syndrome called symptom, which i...

Cervical migraine called one of the typical manifestations of vertebral artery syndrome, which manifests itself in painful, migraine pain.Cervical ...