Adnexitis - a disease of the genital organs of the female body, in which the inflamed uterus, and it ovaries and fallopian tubes. Women are usually much bother discomfort in the abdomen.

At untimely and poor treatment of women may experience very unpleasant for her effects such as menstrual disorders, commissural disease, ovarian cysts, ectopic pregnancy. And one of the deplorable results of this illness could be infertility. However, all this can be avoided if in time to see a doctor for help.

Adnexitis - is inflammation of the uterus (here meaning that the inflammation affects the fallopian tubes, the ligaments, and ovaries). There are two types of penetration of microorganisms into the pelvic organs - upstream and downstream.

If the infection gets out of the uterus into the fallopian tubes, in this case begin to inflame all the layers of the reproductive organs (pathology has a name salpingitis). If, however, affects only the ovary, pathology is defined as salpingo. What is a top-down way of infection? This means that the infection spreads from the abdominal cavity (eg, sore

When adnexitis occurs substantially simultaneously inflammatory formation as in the ovaries, and fallopian tubes. By the nature of the flow and the degree of disease complications isolated acute and chronic adnexitis.

If we are talking about the primary form of the disease, which develops as a separate disease, its development is often It provoked by pathogenic microflora, which can get in the ovaries on the background of the use of an intrauterine device, or a general decline Immunity.

Statistics of modern medicine shows that purulent inflammation of the uterine appendages - one of the most frequent complications of the contraceptive options. However, to get into the fallopian tubes pathological activators of inflammation may also be as a result of surgery - abortion, instrumental curettage, delivery. In addition, the development of adnexitis may contribute to the following factors:

Secondary adnexitis characterized by the development on the background of inflammatory diseases of the organs located in the abdominal cavity - colitis, Appendicitis, diverticulitis etc. In some cases, cause inflammation of the uterine appendages act as specific infections like syphilis, gonorrhea, tuberculosis, chlamydia, ureaplasmosis and etc.

Adnexitis classified by the nature of distribution of the type of flow, at least - of the infectious agent.

The disease makes it possible to allocate such form:

Previously subacute adnexitis diagnosed as non dolechenny acute or chronic forerunner; but is now used for diagnosis only these two forms.

The occurrence of acute adnexitis accompanied by symptoms: abdominal pain radiating to the lumbar or sacral spine. Sometimes there the following symptoms: increased body temperature in the range 38-40 degrees, with muscle tremors feeling cold, nausea, vomiting, bloating, disorders of urination, purulent discharge from the genital ways.

When probing the patient (palpation) detection occurs severe pain in the lower abdomen, a symptom may also be expressed in muscle protection. In some cases, the course of the disease is asymptomatic. Medium term continuation of acute adnexitis - 7-10 days.

Outcome of acute adnexitis is a chronic form more often. Painting symptoms compared to the acute process is not as clear. Women who suffer from chronic adnexitis, note that the pain concentrated at the bottom abdomen and groin, gave the thigh, sacrum or anus without constant and periodic character. The pain may increase after a stressful situation, hypothermia or before menstruation.

Adnexitis most frequently accompanied by menstrual irregularities. Menses becoming scarce, and the gap between them increases (oligomenorrhea). In chronic recurrent acute adnexitis occur due to reinfection, weakened immunity, infection, which is resistant to antibiotic therapy assigned.

The correct diagnosis is quite complicated, as the symptoms of acute abdomen, typical for adnexitis in acute form, common to many acute diseases of the pelvic organs, and adnexitis symptoms in the chronic form, as a rule, do not expressed.

As a diagnostic adneksita conduct gynecological examination, including laboratory analysis of vaginal secretions, blood and urine, including urine bakposev. Detection typical adnexitis microorganisms in urine and vaginal contents may indicate the available adnexitis, yet these symptoms are not specific, as well as signs of an inflammatory reaction of the body, revealed in blood. Some of the symptoms can be detected by ultrasound.

Accurate diagnostic method that eliminates error is laparoscopy, which is resorted to in doubtful cases. This endoscopic examination, which allows to visualize the fallopian tubes and ovaries, and immediately detect signs of inflammation: accumulation of pus and serous effusion, inflamed mucosa at an acute adnexitis, and adhesions with adnexal tissue structures change during chronic adnexitis.

The earlier the treatment of acute infections of the appendages, the higher the chances of a complete cure. It should be noted that sometimes, if a woman has a good immunity, acute adnexitis copes body itself, and the inflammation goes unnoticed.

Treatment of acute purulent adnexitis begins after urgent hospitalization of the patient. In the case of mild disease may allow a woman to be treated at home. Timely initiated therapy eliminates acute inflammation and its consequences for ten days. To get rid of acute inflammation in the fallopian tubes and ovaries, you must eliminate the cause, ie the infection. The leading method is antibiotic therapy. Antibacterial drugs to treat adnexitis are selected only after the bacteriological laboratory, which not only identifies pathogen, but also determines the necessary for its destruction antibiotic.

Universal antibiotic regimens for acute adnexitis not, since in each case the inflammation is triggered by varying the composition of the microbial association. Nor is it possible to choose the right antibiotics for adnexitis own.

The form of administration of antibiotics depending on the disease severity. Used Coal Mining (into a vein or muscle) drugs or pills. Often, a combination of two antibiotics of different groups with different administration form. It is imperative razyasnit patient that recovery depends on how accurately executed instructions for receiving medication. Antibiotics for adnexitis be taken in this physician volume. If the medication is terminated early or not complied with their dosage, the infection remains in appendages and continues its destructive effect.

In parallel with antibiotic therapy symptomatic treatment. It is aimed at alleviating the symptoms of inflammation (pain and fever), strengthening the immune system.

Some patients are asked to recommend a "candle of adnexitis." Local treatment can get rid of the infection appendages, so it is prescribed only as part of combination therapy to remove accompanying negative symptoms. Candles from adnexitis may contain anti-inflammatory, analgesic and antipyretic components. Most often used candles with indomethacin, Belladonna, as well as candles and Movalis Longidaza.

Appointment of diet in the acute or subacute salpingo important in terms of increasing the body's resistance to infection, to improve the metabolic processes in the area of ​​inflammation. Diet should be hypoallergenic. This means that the sick can not eat egg whites, sweets, mushrooms, chocolate, a limited amount of carbohydrates, sodium chloride. Food best eaten stewed or boiled.

When adnexitis without exacerbations diet does not set at all. It takes only a balanced and rational nutrition. Vitamins are required.

Chronic relapsing inflammation of the appendages often leads to the development of pathological outcomes of pregnancy (ectopic pregnancy, spontaneous abortion), secondary infertility. Infertility can be not only a consequence of anatomical and functional in chronic adnexitis changes appendages, but also violations of ovarian function (disorder of the menstrual cycle, anovulation, and so on. d.). Such mixed forms of infertility arising from inflammation of the appendages, is extremely difficult to treat.

In the prevention adneksita the most important thing during sex, use a condom. This rule can proceed only if the partner you well know, and it was checked on various kinds of disease. Do not have sex during menstruation, because at this time the body is very susceptible to infections. To prevent adnexitis, you should try to avoid hypothermia.

Monitor your immunity. Get enough sleep and avoid stress. 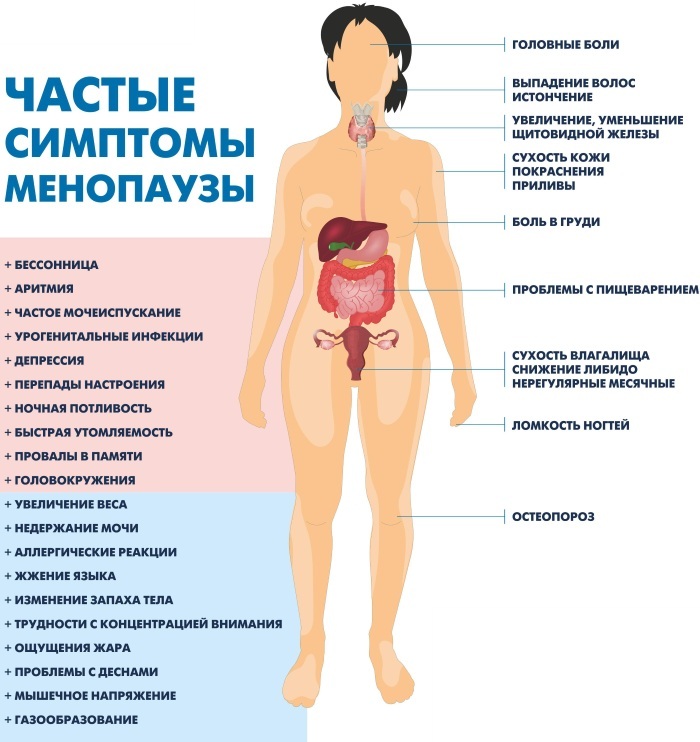 Hot flashes in women. Symptoms and treatment in 50+ years

Saggy breasts: how to tighten, prevent sagging breasts in women

Symptom of Shchetkin-Blumberg is for what diseases