Depression, symptoms and treatment. How to get out of depression alone

WHO calls depression the most common mental disorder in the world. According to statistics, it affects more than 350 million people of all ages, and two-thirds of them - women.

Depression should be distinguished from ordinary mood swings or negative emotional reactions because it is a violation of passion significantly reduces the patient's quality of life, preventing him to work, study, keep in touch with others and serve themselves. In severe cases of depression leads to suicide victims are about 800 thousand people annually.

Causes of depression specialists are divided into two groups:

Provoke depression can one strong shock, which occurred for the person totally unexpected, or a series of negative events. In the second case, the principle of "last drop". From this no one is safe. Scientists, however, have found that are more prone to experience this woman's disorder.

Depression can be of different types:

Support for relatives in depression

Birth of a child - is an important step. During pregnancy, a woman begins to worry about how the birth will take place, who is to be born, how to raise, and on this background depression drags on for a long postpartum period.

Many people, even though seen strong symptoms of depression, do not want to go to the doctor and take medication. They are afraid of the reaction of the family and the environment. They believe that they themselves can cope with this problem. To medical treatment are treated with distrust and suspicion.

However, depression, if left untreated or treated with home remedies can be a great risk for the patient. During worsening of symptoms the patient feels the meaninglessness of their existence and can not see anything positive in their lives. His mind is set to negative thinking, nothing it does not please, and it feels a burden to the whole environment. It born suicidal thoughts that can lead to tragedy. Therefore, it is important to the adoption of appropriate treatment recommended by a specialist, as well as constant monitoring of the patient's state of health.

Factor that greatly influences the behavior and condition of the depressed person is support from family and friends. Nearest people provide a person a sense of security, which is very important in the fight against the disease. When there is support for loved ones, it is easier to overcome adversity. Patients with depression may not value and do not even notice the efforts of relatives, but this does not mean that they do not need this support. Depression - a disease, and, as with any disease, the patient in need of care and assistance from others. The fight against disease and recovery will be easier and more effective when there is someone to rely on and who rely on in difficult times.

Many believe that depression - it's just in a bad mood. However, this view is too simplistic, so wrong. When it comes to a clinical syndrome, it has a negative impact immediately on all spheres of life.

Symptoms of depression in men and women are shown on four levels simultaneously:

For those who like the state has never experienced, it may seem that it is far-fetched. But the depressive syndrome leads to an imbalance in the cerebral cortex, which entails the listed symptoms. Affected by this syndrome people really can not work and relax. He does not have the desire and energy to even get out of bed. This is a serious illness that requires professional treatment. The earlier start competent treatment, the faster will be able to return to normal life.

Depression is recognized by experts the most common mental disorder. Statistics confirm that it is subject to every tenth inhabitant of the planet, and this trend will only increase. Forecasts of the World Health Organization are shocking: until 2020, the disorder will lead the ranking of diseases, even beating infectious diseases.

How to get out of depression alone - 10 tips from doctors

Proven clinical psychologist tips will help and advise how to get out of depression on their own, when there is no power to do anything.

Treatment of mild to moderate depression with psychotherapy is most often begins. In severe depression, doctors usually combine it with pharmacotherapy.

The main group of drugs prescribed for the treatment of depression are antidepressants - drugs that improve the emotional background and return the patient to the joy of life.

This group of medicines was discovered in the middle of the last century, quite by accident. Doctors used to treat tuberculosis new drug isoniazid and its analogue - iproniazid and found that patients significantly improved the mood even before the recession began to take the main symptoms disease.

Subsequently, clinical trials have shown a positive effect of using iproniazid for the treatment of patients with depression and nervous exhaustion. Scientists have found that the mechanism of drug action is to inhibit the enzyme monoamine oxidase (MAO), which inactivates serotonin and norepinephrine. With regular use of the drug concentration of serotonin and noradrenaline in the central nervous system is increased, resulting in improved mood and improve the overall tone of the nervous system.

Today, antidepressants - demanded group of drugs, which is constantly updated with new and new drugs. A common feature of all of these drugs is the specificity of the mechanism of action: one way or another anti-depressants potentiate the effects of serotonin and norepinephrine to a lesser extent in the central the nervous system.

Serotonin is a neurotransmitter called "joy", it regulates impulsive desire, and makes it easier to fall asleep normalizes sleep cycles change, reduces aggression, increases pain tolerance, and eliminate the obsessions fears. Norepinephrine potentiates the cognitive abilities and is involved in maintaining the state of wakefulness.

For the treatment of depression using several classes of antidepressants:

Each class of antidepressants acting on various neurotransmitters: SSRIs, e.g., increase the production of serotonin in the brain, and MAOIs inhibit the enzyme that destroys neurotransmitters. Before antidepressant effect will manifest itself, it will take some time: as a rule, drugs begin to work 2-3 weeks after the start of the reception, and their effect lasts for 6-12 months.

In cases where the patient has already been successfully taken any antidepressant, doctors usually prescribe the same medication. Otherwise, the medical treatment of depression with antidepressants begin the first row.

When choosing a drug the doctor is guided by the severity and prevalence of certain symptoms. For example, in depression, occurring primarily with negative and asthenic symptomatology (taste loss of life, drowsiness, lethargy, etc.) prescribed drugs with a slight stimulatory effect (fluoxetine (Prozac), moclobemide (Auroriks)).

Moreover, there are preparations of the first row having universal action (sertraline (Zoloft) fluvoxamine (Luvox), citalopram (tsipramil), paroxetine (Paxil)). They are prescribed to patients who have positive and negative symptoms of depression are expressed equally.

Sometimes doctors have resorted to the combined purpose of antidepressant medication, when in the morning the patient takes an antidepressant with stimulating effect, and in the evening - with a sedative.

Among the many psychotherapeutic trends, experts distinguish the group, which is most effective against depression. K, and include:

Psychotherapy is the group or individual. A person should choose the direction and forms of employment that will be most comfortable for him.

How to get rid of depression?

In some forms of depression, you can get rid of it on their own, without resorting to the use of drugs.

Measures to combat depression are:

Determining the causes of depression

In order to get rid of their own depression, it is necessary to determine the cause of the disorder. This can be a particular event (divorce, firing, close human death) or a combination of several factors. To determine the cause of the doldrums, it is necessary to analyze all the important aspects of life (work, personal relationships, friends). To be more effective analysis, it is recommended to have a special diary in which you want to record their own thoughts and reflections. In future blog can be used to record the ongoing corrective measures of depression.

Keeping a diary is a simple, but require patience by. Tagging must be done every day, describing in detail the situation that worsens the patient's condition. You need to record both emotional (increased apathy, irritability) and physical changes (joint pain, muscle tension). analysis of the records will help to understand what circumstances and in what location (at work or at home) are the primary causes of depression.

Analysis of the causes of depression

In identifying the main causes of depression is necessary to analyze their character and take measures to eliminate them. Conventionally, all the trigger (provoke) the factors of depression are divided into two groups.

The first category includes the reasons for which a person can not independently resolve (the death of a loved one, an unfavorable situation in the country, despotic boss). In such cases, in order to independently get out of depression, it is recommended to change the attitude to the circumstances. Motivational are effective and work on certain character traits.

The second category of causes of depression are conditions which are partly or completely change a person can own.

In identifying the causes of depression, which can be removed independently, work is needed to address them. In most cases, this kind of factors are often interrelated and complex influence, contributing to the development of depression. Thus, feelings about the appearance lead to insecurity and problems with the opposite sex. The difficulties in the relationship can also be influenced by self-interest, the desire to dominate and other features of the patient's character.

The routine in the workplace causes loss of interest in work that entails failure to realize professionally and financially insolvent. On the other hand, financial problems may be the result of extravagance or the inability to plan the budget. Therefore, correction factors causing depression, the patient requires an objective and integrated approach.

According to experts, many patients with depression, there are common traits. Therefore, in the independent struggle with this disorder need to work also with the mental aspects of the individual. measures for their correction should be made in identifying contributing to depression installations.

Motivational represent an effective instrument in cases where the patient may not have an impact on the causes of depression. Auditory training - is an exercise in which the patient is a separate entrance to a state close to trance. It reached such a state at the time of maximum muscular and mental (mental) relaxation.

Then, on the background of the altered consciousness occurs input of certain plants, which subsequently change the identity of the patient with depression. In other words, auditory training is an independent coding psyche to get rid of the negative thoughts and emotions.

What should I do to prevent it?

To prevent yourself from all kinds of psychological disorders, it is recommended to monitor the occurrence of the initial symptoms of depression, as well as try to promptly and effectively on them get rid.

If you believe you have irritable and short-tempered, notice mood swings, lose emotional attraction to everyday activities, have trouble sleeping, you should immediately think about the proper rest, or changing jobs and other changes in their life. Healthy and long sleep is one of the most important conditions for getting rid of stress and improve your mental and emotional well-being.

A legitimate mode of the day, also plays an important role in getting rid of the initial signs of depression. 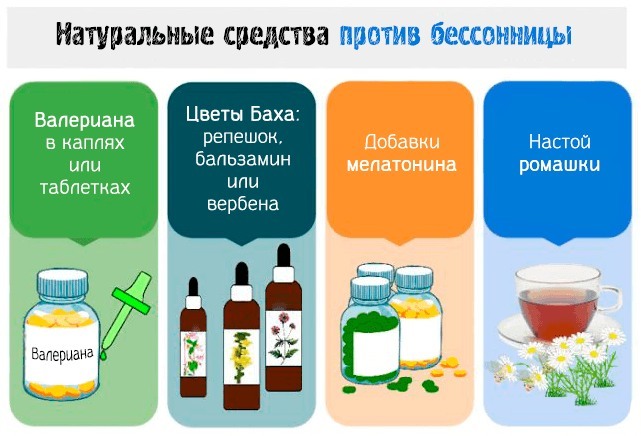 A remedy for insomnia in old age. Reviews

ContentCauses of Sleep Disorder in Older PeoplePeculiarities of the choice of treatment for sleep disorders in the elderlyList of over-the-counter ... 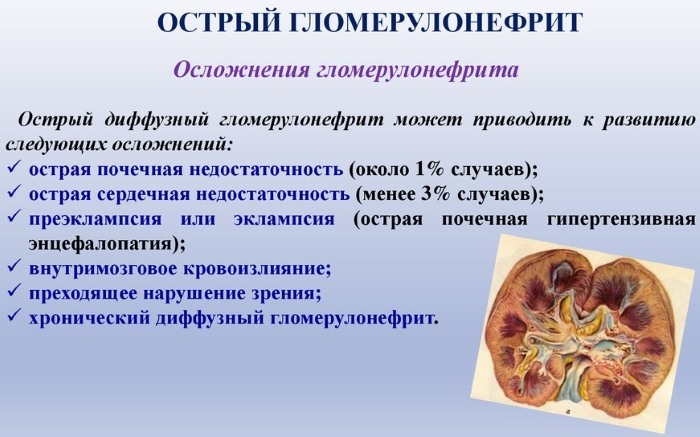 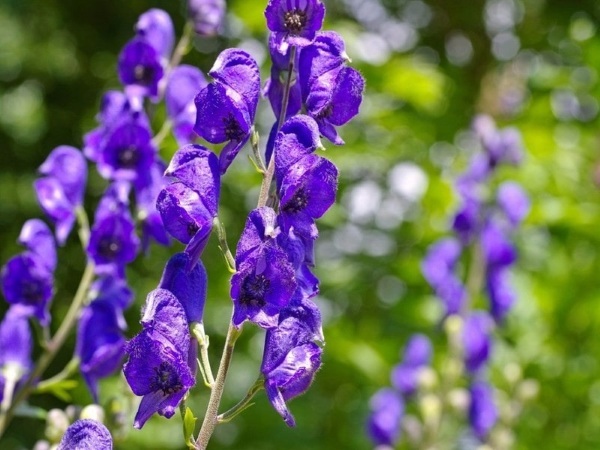 Aconitum homeopathy. Indications for use for children, adults, instructions, reviews