Alpizarin - tablets with antiviral and anti-inflammatory properties, which are prescribed for dermatological diseases. Instructions on the use of medication allows its reception after a preliminary examination, identifying the degree of neglect of the disease, the presence of concomitant deviations. When using the medication, it is important to follow all recommendations.

The medicine is produced in the form of tablets of yellow-green color, intended for oral administration. The tablets are of medium size, round in shape, packaged in blisters made of plastic, 10 pieces each.

A small box made of cardboard contains 1, 2 or 3 blisters, as well as a description that indicates all the nuances of use, possible contraindications and complications.

The medication contains the active ingredient tetrahydroxyglucopyranosylxanthene. It is he who has the main therapeutic effect on the patient's body.

The following components are present as additional substances:

The ingredients do not have medicinal properties, they are necessary to preserve the chemical formula of the tablets.

Alpizarin - tablets, instructions for the use of which are attached to the tool, which have not only antiviral, but also anti-inflammatory properties. Additionally, the antibacterial and immunomodulatory effect of the drug is noted.

The drug helps to fight diseases of the skin of viral and bacterial origin, which reduces the likelihood of the progression of disorders over a short period of time.

The immunostimulating properties of the drug can increase the body's defenses. In patients, the signs of the disease are eliminated, and in their chronic course, there is a decrease in the number of relapses during the year. The complex effect of the drug on the body makes it possible to use it with varying degrees of severity of the pathological condition.

The drug acts quickly, but the first result appears a few days after the start of application. The main substance of the composition enters the systemic circulation after the tablet dissolves in the intestine.

The substance increases the number of immune cells in the blood, which leads to a strengthening of the immune system and reduces the risk of disease progression, even in the presence of its symptoms. The ingredient of the composition is extracted from the penny plant, so it is of natural origin. The natural component is less likely to provoke severe complications than synthetic substances.

Another effect of the drug is noted:

The medication is well absorbed in the patient's body. After spreading through the systemic circulation, it has a therapeutic effect. The ingredient of the composition does not accumulate in the blood and tissues, but its maximum concentration is reached after 1 hour, remains at approximately the same level for 5 hours.

Binding to plasma proteins occurs by 70-80%, which is considered a high indicator. The drug penetrates into biological fluids and internal organs, but does not accumulate in them. The processing of the ingredient takes place in the liver, while the decay products are only excreted in a small amount in the urine.

If the functioning of the liver or kidneys is impaired, the processing and excretion of ingredients may deteriorate, but this does not affect the therapeutic effect. Only occasionally a dose adjustment is required for patients with similar disorders.

Alpizarin is prescribed for patients with various disorders. The tablets are usually used after examination.

The instructions for use assume the appointment in the following cases:

Experts note the insignificant activity of the component against the human immunodeficiency virus, but as a result, after using the tablets, they are insignificant, therefore, they are not apply.

A medication for acute respiratory viral infections can be used as an auxiliary method, but a pronounced effect is not observed.

Despite the effectiveness of the drug and the lack of a cumulative effect, it has contraindications for therapy. The main one is considered intolerance to the ingredients in the composition or the presence of such complications in the anamnesis.

The drug is prescribed with caution to elderly patients suffering from heart failure, arterial hypertension and some other chronic diseases.

Alpizarin - tablets, the instructions for use of which describe all the nuances of therapy prescribed to patients over 1 year old. Despite this indication, the drug is rarely used to treat patients under 3 years of age.

Only in case of acute symptoms, the doctor decides on the appointment of a pill to a child over 1 year old. This requires constant monitoring of the patient's condition.

The drug is intended for oral administration only. But the dosage differs depending on the disease, the age of the patient and the presence of concomitant deviations.

Acute respiratory viral infections are rarely treated with pills, as their action is directed primarily at fighting other viruses. But sometimes the doctor considers it appropriate to use a medication. The dosage and duration of therapy is determined individually.

Human papillomavirus is usually only treated in adults. Tableted medicines are not prescribed for children. The treatment regimen for this disorder involves taking 3 tablets per day for 2 weeks. 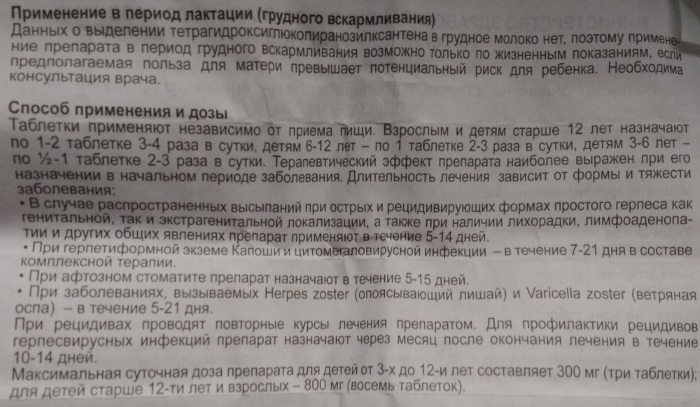 You should not take the entire daily rate at one time, you must divide it by 3 times during the day. After completing the course, the patient visits the doctor again, who determines the effectiveness of therapy and, if necessary, prolongs the course. This is usually not required, but sometimes patients take the pills for 3 weeks.

Alpizarin - tablets, the instructions for use of which involve the appointment for various viral diseases, used in the diagnosis of herpes in the acute and chronic stages.

In most cases, the tablets are taken orally, and external agents are additionally prescribed to treat the lesion. This scheme is considered to be the most effective. The daily norm of tablets for patients is 3 pieces, and the duration of use does not exceed 7 days.

The daily rate must be divided into 3 times, taken at approximately equal time intervals.

Chickenpox in children is usually not treated with pills, but if necessary, they can prescribe 1-2 pieces per day for 1 week.

Adults are more likely to take medication when diagnosed with this condition. The daily norm for them is 3 tablets, and the duration of treatment can be up to 10 days. If necessary, correction of the dose and course duration is changed on an individual basis.

The drug is capable of provoking negative reactions, even if all the rules of therapy are followed. Disorders affect not only the skin, but also the work of internal organs.

The most common complications are:

If complications occur, you must stop taking the drug and consult a doctor. Some patients may need medication to normalize their condition.

Taking the drug in the prescribed dose does not provoke an overdose. Such cases have not been recorded by specialists. But doctors cannot rule out the absence of reactions when taking pills in high doses.

Experts suggest that with an overdose, all negative reactions may worsen, the condition worsens, and concomitant deviations from the internal organs appear. The condition requires an immediate visit to the doctor. Many patients are shown treatment in a hospital, the therapy regimen is determined individually, depending on specific negative reactions.

Alpizarin - tablets, the instructions for use of which describe possible complications in treatment, used only with a diagnosed disease. Despite the relative safety of the drug, it is not used for prophylactic purposes, since this does not exclude the risk of developing the disease.

The drug is also available in the form of an ointment. In the treatment of diseases accompanied by lesions of the skin, experts consider it expedient to prescribe tablets simultaneously with an ointment to increase the effectiveness of treatment.

The medication is not prescribed simultaneously with other antiviral agents, as it can provoke negative reactions. It has no effect on the effect of systemic and local drugs.

Preparations from other groups can be used after prior consultation with a doctor. Patients are not recommended to take medications on their own.

The tool has substitutes that may contain other components in the composition, but have the same effect on the body.

Substitutes are used after examination, the doctor selects them for each patient individually.

The drug can be stored in a dark and cool place for 5 years. After the expiration of this period, the application is not allowed. Dispensing of tablets from pharmacies is carried out after presentation of a prescription from a doctor.

You can buy the medicine for 180-260 rubles. The cost depends on the number of plates in the package.

Alpizarin - antiviral and immunostimulating pills that are often used to treat patients with diseases of the skin and internal organs. Instructions for the use of the drug assumes a preliminary identification of the cause and severity of the disease.

Video about the drug Alpizarin 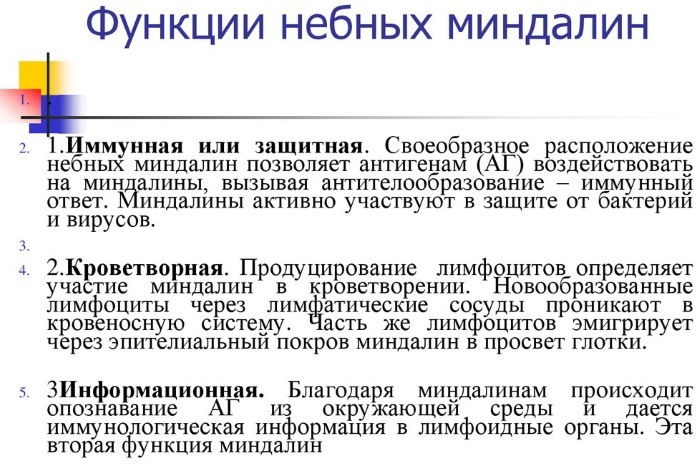 Removal of tonsils. Reviews and consequences for adults, children, what threatens

Chlamydia in women: Symptoms, Picture, Treatment. Than to treat Chlamydia