Eye tooth. Where is located, photos in children, adults, symptoms

Upper canines are unofficially named "Eye" teeth, which is not related to the accepted dental terminology. These are the most mythologized and prejudiced units of the jaw apparatus. They are located next to the facial nerves connected to the optic analyzer.

What is this tooth?

According to the dental classification, the most powerful single-rooted elements of the upper jaw have atomic number 3. The common name was introduced by the dentists themselves for ease of communication with patients.

The "ocular" tooth is located between the anterior incisor and premolar units. The branches of the facial nerve bundle located nearby are characterized by pain radiating with irritation to the upper part of the skull, where the optical organ is located.

This explains the unofficial name of the upper canines. Despite their own name, they do not affect vision. Symmetrically located "eye" teeth have a powerful and strong root. 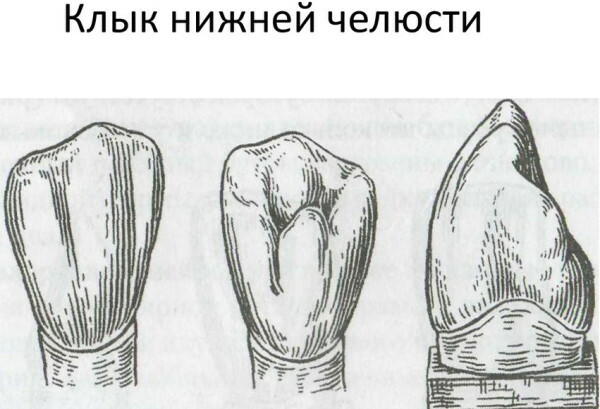 This anatomical design, when removed in adults, requires an increased dose of anesthetic medication. A thick layer of enamel coating provides reliable protection of the dentin tissue.

The "eye" teeth are rarely exposed to carious lesions and the development of other dental diseases. Visually, these units of the jaw structure look like a thickened cone. They have individual characteristics of eruption and growth.

When do they appear?

The normal period for the formation of the upper canines in the milk bite is considered to be the age of 16-22 months. The time of the appearance of "eye" teeth in children is individual. Therefore, small deviations in the timing of formation are permissible.

Permanent units of the jaw structure appear at 10-12 years of age. In case of malocclusion, orthodontists wait for the formation of "eye" teeth for the installation of a correction plate or bracket system. The exact timing of eruption or late appearance is influenced by numerous factors.

The delay in the appearance of "eye" teeth is due to:

Milk teeth usually appear quickly - in 2-3 weeks. Permanent "eye" teeth can take 4-6 months or more to form. It depends on the individual characteristics of the organism, the assimilation of calcium-phosphorus compounds and the presence of such trace elements in the child's diet.

Such elements of the chewing apparatus are formed longer than other teeth, which is associated with the functional purpose of the canines. These elements of the maxillary structure are involved in creating the oval of the face and tearing up dense or hard foods. 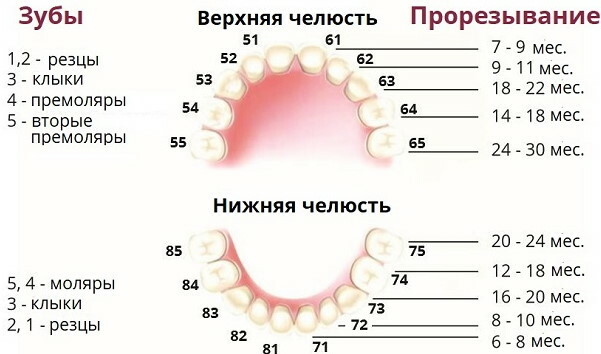 They are hardy, not prone to chips, cracks, loosening. The powerful anatomical structure determines the relative duration of the formation of "eye" teeth.

The appearance of the upper canines, which some scientists tend to consider rudimentary and unnecessary for humans, is due to natural physiological changes in the child's body.

The growth of "eye" teeth often coincides with the transition from breastfeeding and nutritional formula for newborns to heavier and denser foods. Its use is necessary for the further development of the body.

The "eye" tooth is located near the facial optic nerves, which are irritated by inflammation, which causes severe pain. The upper canines play a key role in chopping food.

They are evolutionarily adapted to bite off. Such teeth have a reinforced anatomical design with a pair of cutting edges converging at right angles. They are covered with a thick layer of calcium-phosphorus enamel.

The "eye" teeth are subjected to significant stress, which is 25% higher than the pressure exerted on the counterparts of the lower jaw in the process of tearing and chewing food. This feature requires a long formation time. 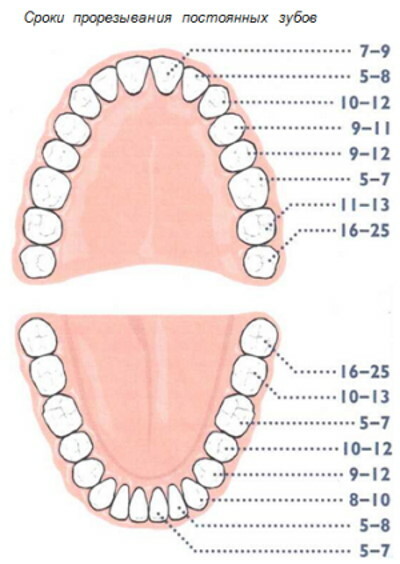 Children during the period of teething are characterized by tearfulness, capriciousness, excessive psychomotor agitation, or vice versa lethargy, which is characteristic of the inflammatory process.

The risk of infection with bacterial agents, viral pathogens, pathogenic fungal microflora increases due to excessive load on the immune system.

In severe cases, the eruption of "eye" teeth is accompanied by:

Children refuse food due to severe pain and an inflamed condition of the oral cavity. Diarrhea is considered a pathological symptom of the growth of the upper canines, conventionally called "eye" teeth.

Defecation disorders and digestive upset signal the introduction of gastrointestinal infections against the background of a weakened immune system. Such effects can be accompanied by cutting pain in the abdominal cavity.

There is an extensive group of anesthetic drugs for the relief of teething syndrome in a child. Their use is the fastest and easiest, but not the only way to suppress unpleasant physiological symptoms.

To alleviate the condition of the child during the eruption of "eye" teeth use:

From folk recipes, cotton swabs soaked in a decoction of oak bark and an extract of chamomile are used, which are applied to the inflamed gums. As a symptomatic treatment, clove oil, homeopathic suppositories Viburcol are used.

How do children develop

The laying of the rudiments of the most powerful units of the jaw apparatus occurs during embryonic development, which creates the preconditions for further eruption.

During the period of intrauterine formation, the "eye" tooth is located immediately near the optic nerve bundle. The source of the root system is a special epithelial-cartilaginous plate embedded in the periosteum.

The eruption of such units of the jaw row is a difficult and painful process for a child. The upper canines appear first, then the lower ones. Exceptions to this rule are rare.

Such teeth have an elongated root deeply embedded in the jaw structure. The facial sensory fibers passing nearby innervate the facial muscles and lacrimal glands.

Therefore, the process of eruption of "eye" teeth is accompanied by intense pain syndrome, lacrimation, and other symptoms. In about 20% of cases, the lower canines appear earlier.

The growth process of deciduous or permanent teeth is physiological. Therefore, complications do not arise in most children.

In rare and exceptional cases, the following are observed:

Any complication leads to difficulties with chewing food, aesthetic defects, distortion of the facial oval. The formation of a gingival cyst causes atrophy of the inert cells of the jaw, necrotic processes in the soft tissues of the dental bed.

Purulent exudate with blood inclusions is released. Development of chronic sinusitis is possible due to the close location of the root system to the corresponding sinuses.

Loss of vision due to unsuccessful amputation of the upper canines is fiction. However, dentists take some caution when removing them. This procedure is performed only when absolutely necessary.

The "eye" tooth is located near the nerve plexuses. The risk of damaging them during removal is minimal, but it does exist. The absence of upper canines has an extremely negative effect on the chewing function and aesthetics of the face.

After removal of such an element of the upper jaw in adults, prosthetics are immediately performed. Partial one-sided blindness and numbness of a part of the face are theoretically possible only with anomalies in the development of the upper canines.

It is characterized by the contact of the optic or facial nerves with the root system of the jaw unit. An x-ray is taken before the extraction procedure. The resolution of modern diagnostic equipment allows for detailed visualization of the dentoalveolar structure.

Timely detection of abnormal deviations of the anatomical structure ensures safe removal of the "eye" tooth without complications or undesirable consequences. It is recommended that you consult with an orthodontist and an orthopedic dentist beforehand to find out the possibility of preserving the upper canine.

An important function of such teeth is the transmission of individual sounds. After removal, diction may deteriorate. In the absence of an upper canine, its chewing function is assumed by incisors with premolars, which are evolutionarily worse adapted for such work. This leads to their rapid destruction.

Mythologized and obsessed with many prejudices, the most powerful external elements of the jaw structure do have several unique characteristics.

With inflammation of the "eye" tooth, pain can be reflected in the visual analyzer due to the fact that the most powerful element of the jaw structure is located near the optic nerves. This is another reason for the informal name of the upper canines.

Where is the eye tooth in adults, in a child: 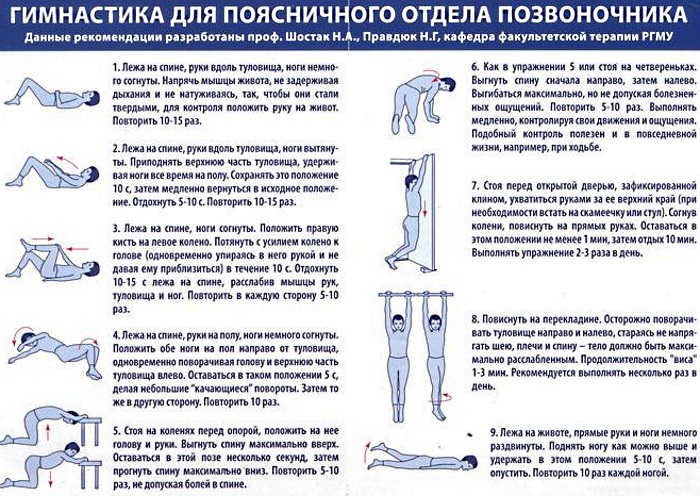 L5-S1 hernia. Where is the person, photo, spine diagram, protrusion