The expression "alter ego", which came from classical psychology, became widely known thanks to literature and cinema. The article discusses the meaning of this concept, its varieties and influence on the human personality.

Definition of an alter ego

A person's alter ego is his second, alternative, personality. Literally translated from the Latin language, the concept means "another self". It can refer to both a real person and an image created by the imagination.

The expression is used in the following cases.

The concept of "Alter ego" is used in psychology, medicine, culture, art and everyday life.

What depends on our alter ego

A person's alter ego is an opportunity to be in someone else's shoes, to try on an unusual, but desired psychological or social role.

The most obvious functions of the second self are:

The alter ego can act as a "protector", replacing the main personality when needed. For example, a person may behave defiantly and cheekily to hide their natural shyness. In this way, he tries to protect himself from possible harassment from others.

Approximately the same goal is served by the desire to adapt to the environment, as if to hide behind a screen with the image of another person.

The activity of the alter ego can also depend on the receipt of any psychological benefits, so it can manifest itself as a tool of manipulation. In this case, the hidden aspects of the personality are turned on when a person needs to get a certain response from someone or get a beneficial psychological result from communication.

The second (third, and so on) I is the result of a search for oneself. A person, as it were, tries on different types of personality, characters. To some extent, this may even be an attempt to feel like a person of a different gender, age, social status.

Finally, they resort to alter egos just for fun, when everyday life gets bored and you want something unusual.

These states are inherent in every personality and are "included" in certain situations as a "hypertrophied ego" (as defined by E. Bern).

The role of "Child" is typical of impulsive creative people.

She is characterized by:

The "Parent" condition is often found in people whose lifestyle or professional activity is associated with increased responsibility - leaders, military men, politicians.

A hypertrophied ego of this type is distinguished by such qualities as:

“Adult” is considered the most harmonious role that only spiritually mature individuals who are constantly working on themselves can “play”. Balance, responsibility and awareness are inherent in this ego.

More often than not, people feel the need for a second self when they want to go beyond the patterns associated with gender or age. Society imposes stereotypes of behavior through stereotyped phrases: "Be a man", "You're a girl", "Not mature enough yet." Therefore, the most common types of alter ego are female, male and adolescent.

A typical male image created by society includes such characteristics as will, firmness, toughness, emotional restraint, and business activity. But in reality, a man may have a different set of psychological qualities.

A person under constant pressure from public opinion does not dare to openly show sensitivity, gentleness, and compliance. To meet the expectations of society, he tries to hide these and other "feminine" traits, resorting to the help of the second self.

Such a man can show diametrically opposite qualities in different social environments and demonstrate different patterns of behavior depending on the environment. For example, in front of colleagues, he is always in the image of an imperious and authoritarian leader, and households know him as a good-natured bummer who never raises his voice.

The extreme manifestation of the alter ego can be expressed in the complete recreation of the female personality, down to clothing, gait, name, biography. Moreover, this phenomenon has nothing to do with homosexual inclinations. A man is clearly aware of his "main" I and never completely dissolves in a woman's image.

Reincarnation into a woman can be caused by the desire to overcome any complexes, to be liberated. Suffice it to recall the well-known pop image of Verka Serduchka. Artist Andrei Danilko in various interviews called himself a modest person, prone to solitude. The singer came up with the image of a broken Verka in order to cope with his natural shyness and constraint on stage.

By analogy, women have a male alter ego. Just like in men, it appears when it becomes uncomfortable to show any psychological qualities in a woman's guise. To avoid or at least smooth out the negative reaction of others, the owner of the second person begins to act on behalf of “that guy”.

Different masculine selves can exhibit positive or negative qualities. In some cases, the second person shows determination, activity, will to win, helping to solve problems in difficult life situations.

In others, the male alter ego serves for psychological relaxation, release of accumulated emotional stress and going beyond the ordinary. This can be expressed in shocking behavior, deliberate swagger, rudeness and aggressiveness. 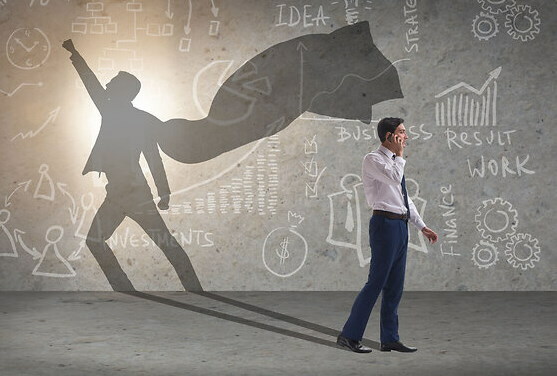 So, once the American singer Lady Gaga appeared on stage in the form of Joe Calderone, who, during a concert performance, drank beer, smoked and performed wild antics. Subsequently, the artist said that the image of a cheeky guy was experimental.

The first alter egos appear in a child long before adolescence. Every little boy imagined himself to be some kind of superhero: a knight, a brave tracker, a brave general. Any girl in childhood "was" a beautiful princess, fairy or a brilliant movie star.

In adolescence, priorities change, but the desire to try on a different life intensifies. Growing up and becoming a personality is accompanied by an active search for oneself, as well as the appearance of doubts and complexes. Therefore, in a transitional age, a person can have many alter egos, replacing each other.

In this way, a teenager seeks to solve several problems:

A maturing personality is characterized by demonstrative behavior with the aim of self-affirmation and attracting the attention of others. So, an excellent student can pretend to be a relaxed seductress with a defiant make-up, and an inconspicuous outsider boy can pretend to be a cool champion or a rock star.

A person's alter ego is a second personality that can help to see the main self as if from the outside and give an impetus to development. At the same time, an alternative personality can completely take over consciousness and cause serious damage to the psyche.

It is important to keep it under control and understand what effect it has on a person. The table shows the most obvious pros and cons of alter ego exposure.

It is important to understand that the presence of another I acquires a positive or negative meaning, depending on how much the person is aware of and controls it. The difference between people with alter ego and dissociative identity disorder is that the former are aware of the presence of the other person, while the latter are not.

How to create an alternate image

The cases in which the alter ego is created consciously was discussed above. If a person resorts to an artificial self-image as a stage or any other image, this does not contradict the mental norm and is not considered a deviation. 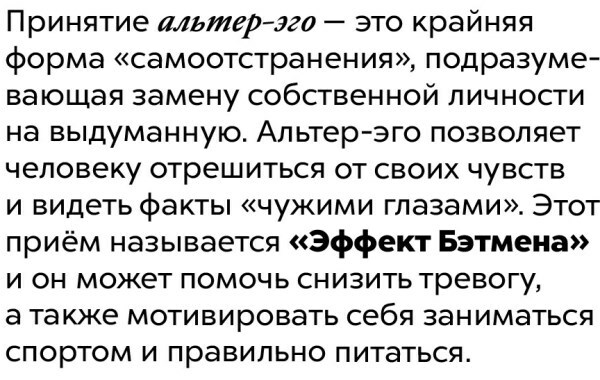 To create a second personality, you need to take the following steps:

Sometimes they draw it to visualize the future image. To see the personality being created from the outside, you can experiment in front of a mirror.

How to get rid of

Getting rid of the second self can be difficult. If it was created deliberately for a specific purpose, you can try to make contact with it, as with a real person. To do this, you need to imagine him (or her) sitting opposite and thank for the help provided.

Then you should choose one of two options. In the first of them, you need to tell your second personality that her help is no longer needed and ask to leave. In the second case, if you cannot get rid of it, you can try to negotiate so that it manifests itself only in strictly specified cases.

A person's alter ego is a thin line between reality and fiction, so it can be difficult to control. First of all, this concerns the "dark" manifestations: anger, aggression, the desire to harm other people. Such games with their own psyche are dangerous and can result in irreversible personality changes.

When the alter ego starts to spiral out of control, only a qualified therapist can help. If a person is not aware of the negative influence of another I, this indicates serious mental disorders. In such cases, external intervention and medical psychiatric care are required.

Many famous foreign and Russian actors and musicians have a stage alter ego.

The name of the singer Beyoncé is widely known, but only fans of her work know about Sasha Firs. This is the name of the artist's alter ego, to whom she even dedicated one of her music albums. Beyonce admitted in an interview that she created an alternative personality specifically for stage performances. In her own words, Sasha Firs allows her to behave in a way she would not dare in everyday life. 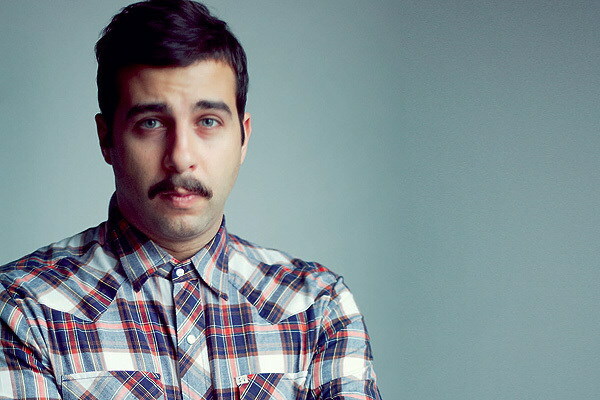 Grisha Urgant is the alter ego of the popular TV presenter Ivan Urgant. Grisha is a talented but little-known rock musician. This personality has its own biography, completely different from the biography of Ivan.

The iconic British singer David Bowie created the androgynous alien Ziggy Stardust. Under this name, the musician released two albums, and then "buried" his alter ego. Often, under the guise of literary characters, authors describe their second self. So, it is believed that in the books about Harry Potter, the image of Hermione Granger is the writer J.K. Rowling herself.

The human psyche is an extremely complex and, at the same time, vulnerable system. Various experiments on it can lead to irreversible consequences. Therefore, people who decide to create an alter ego need to be careful and keep the second self under constant control. 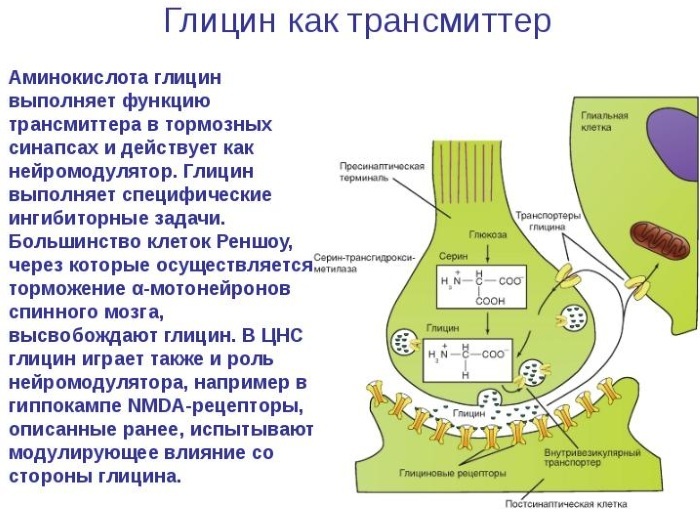 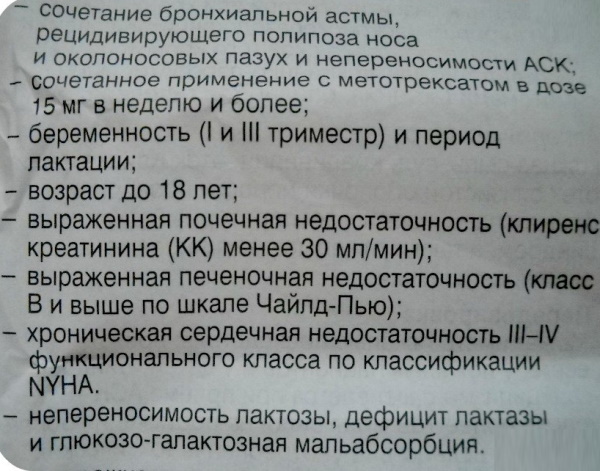