Noopept analogs of the drug are cheaper. Price

Stimulants of neurometabolic processes, the category of which the drug Noopept belongs, used to regulate psychophysiological reactions, improve hemodynamics and slow down age-related changes in the cerebral regions. Some analogs of the drug are cheaper, but are not inferior to him in efficiency and safety.

Noopept is intended to improve brain functions and higher nervous activity. The drug has pronounced neuroprotective properties. Release form - flat-cylindrical white tablets with a dividing line on the front surface.

The neuroprotective effect is to increase the resistance of cerebral tissues to damaging factors, mechanical stress, chemical intoxication. The medicine reduces the effects of injuries, by stimulating blood circulation, reduces hypoxic effects.

Noopept (analogs of the drug are cheaper, have identical or similar properties) has a tangible antioxidant effect. The domestic neurometabolic stimulator improves the rheological parameters of blood and reduces the area of ​​stroke damage to cerebral tissues.

The drug is used for:

Elderly patients are recommended to take Noopept for prophylactic purposes. The drug prevents the development of amnesia, provoked by the defeat or blockage of the function of cholinergic structures.

The neurometabolic stimulant has the following effects:

The complex nootropic effect is due to the ability of the active substance to enhance the synthesis of adenotriphosphate (ATP), the basic metabolic enzyme involved in energy metabolism. 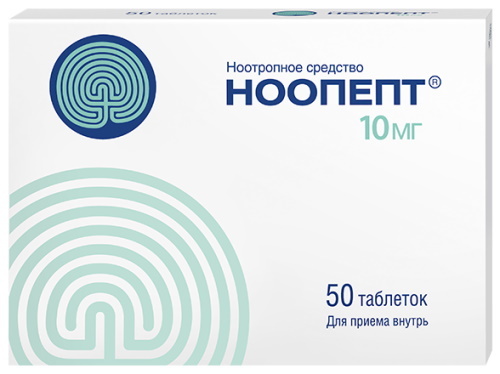 The drug strengthens the morphological transcallosal connections in the cerebral cortex, which improves the interaction of the hemispheres. The pharmacologically active substance of the drug is prolylglycine ethyl ester.

In case of reactions of individual intolerance or an acute allergic response to the component of the Noopept drug should be replaced with a compatible analogue after consultation with neurologist.

The neurometabolic stimulant is contraindicated in patients with a history of glucose-galactose malabsorption syndrome. With caution and under medical supervision, the drug is taken for kidney diseases and hepatobiliary pathologies.

Such violations slow down the elimination of drug components from the body and increase the risk of side effects. The latter are manifested by an allergic rash on the skin with itching.

In patients with arterial hypertension, an increase in intravascular pressure to a dangerous level is possible. Side effects provoked by Noopept are rarely recorded.

The neurologist or gerontologist determines the course of treatment and the frequency of use of the tablets individually, depending on from the goals of the therapeutic effect, the age of the patient, the individual tolerance of the medicinal funds.

Noosept is strictly forbidden to use while carrying a child and breastfeeding. Teratogenic properties of the drug have been studied insufficiently. The ability of the active substance to penetrate into breast milk has been established.

The standard single dose of the drug is 10 mg of a physiologically active component. It is recommended to refrain from driving vehicles during treatment. There is no scientific information on the compatibility of Noopept with alcoholic beverages and other medicines.

It is not recommended to combine a neurometabolic stimulant with:

During the course of treatment or prophylactic use, Noopept should be consumed no later than 18.00, which is due to the circadian rhythms of metabolic processes. In case of an overdose, specific symptoms or general signs of drug intoxication are not detected.

Noosept (analogs of the drug are cheaper - Piracetam, Glycine) is considered a relatively inexpensive stimulator of metabolic reactions in cerebral structures. The pharmaceutical category of such products is extensive.

It contains a large number of drugs with different compositions, forms of release, therapeutic properties, but the same purpose. Below are the cheap and demanded analogues of Noopept.

A psychoanaleptic of domestic production, which improves cerebral hemodynamics by expanding the blood lumens. It is considered a nosological analogue of Noopept. 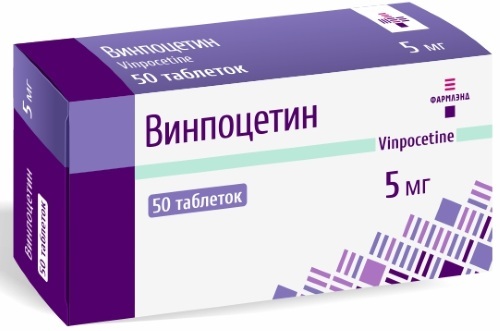 Vinpocetine differs from it in the active substance, but has a similar mechanism of physiological influence. The pharmacologically active component is the chemical compound of the same name.

Vinpocetine suppresses inflammatory processes in the cerebral cortex and soft tissues of internal organs. Noopept does not have this property.

Vinpocetine relieves myalgic pain and relieves muscle cramps. This expands the list of indications for the analogue use in comparison with Noopept. The active ingredient Vinpocetine belongs to the category of selective PDE inhibitors.

This group of enzymes is responsible for the hydrolysis of phosphodiester bonds and is involved in the regulation of signaling channels. This effect improves autonomic functions and sensory abilities, increases mental productivity.

Vinpocetine and Noopept have a vasodilating effect on the bloodstream. The first one lowers blood pressure, the second one increases it. The dosage regimen for both metabolic stimulants is identical.

In addition to the standard indications for use typical of Noopept, Vinpocetine is prescribed for:

The drug reduces the cytotoxic effect of amino acid compounds. Vinpocetine differs from Noopept by a greater variety of therapeutic effects, which makes it the first choice for clinicians of different medical profiles.

Italian group analogue of the domestic neurometabolic stimulant, indicated for the treatment of adults and children from 3 years old. Noopept is not prescribed for underage patients. The Italian medicine has no psychostimulating and sedative effects. Like Noopept, the group analogue has a hemorheological effect. The active ingredient of Vinpocetine is piracetam. The form of release of both drugs is identical. 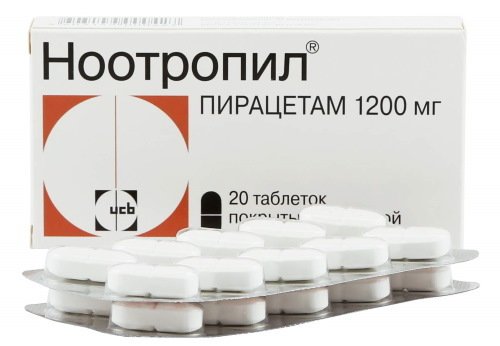 Differences in clinical use are reduced to the appointment of Nootropil for:

Noopept has a narrower spectrum of physiological effects than the Italian neurometabolic stimulant. A domestic drug is cheaper than a foreign analogue and is inferior to it in the severity of clinical effects.

The drug has a pharmacological effect mechanism.

Piracetam, which is the only active ingredient of the Italian medicine:

Both drugs are used as part of complex treatment and in monotherapy for neurological disorders, vestibular dysfunctions, and cognitive impairments. Nootropil is not prescribed for patients with severe forms of renal disease.

Like Noopept, Cavinton Forte is intended for the treatment of patients over 18 years of age. The active ingredient of the Hungarian neurometabolic stimulant is vinpocetine. The drug saturates the brain tissue with oxygen, promotes the breakdown of glucose for energy.

Cavinton increases the content of ATP in cerebral structures, reduces the production and aggregation of platelet bodies. The Hungarian medicine has a more noticeable neuro-reactive effect than Noopept. 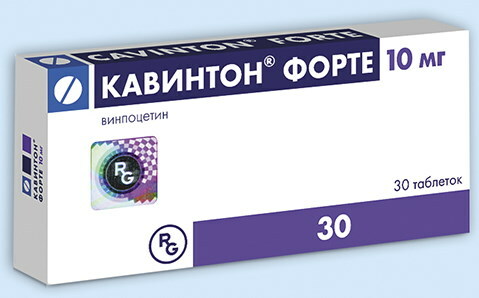 Cavinton Forte is widespread in the practice of neurologists, ophthalmologists, otolaryngologists. The drug moderately lowers blood pressure, which distinguishes it from its Russian counterpart, which has exactly the opposite property.

Among the indications for use are:

Other medical appointments are similar to Noopept. The Hungarian analogue differs from the domestic neurometabolic stimulant in a large number of contraindications and side effects. The absolute clinical prohibitions include a severe form of cardiac ischemia.

Cavinton Forte has a longer course of treatment than Noopept. The dose is gradually reduced to avoid withdrawal symptoms. Such actions are not required during therapy with a Russian metabolic stimulant.

The chemical formula of the nosological analogue of the domestic drug is designed on the basis of gamma-aminobutyric acid. The mechanism of the pharmacological action of both drugs has differences and similarities.

Gamma-butyric acid is a biogenic neurotransmitter of the inhibitory type. It is produced in humans and mammals. The injection of GABA into synaptic spaces activates the conducting functions of the ion channels.

Electrochemical impulses pass through them. Aminalon is effective in congenital and acquired neurological syndromes, attacks of sea and air sickness.

Differences in the clinical use of metabolic drugs lie in the prescription of a drug based on a basic inhibitory neurotransmitter for children with:

Additionally, Aminalon evacuates toxic substances, utilizes glucose. Unlike Noopept, a metabolic drug based on gamma-butyric acid is included in the complex maintenance therapy of type 2 diabetes mellitus, which is called insulin-dependent.

Aminalon improves the gas composition of the hematological fluid. The drug has an extended list of indications for use in comparison with Noopept. Admission regimens for adults are similar. The dosage for children is calculated according to age.

Both metabolic drugs are effective in treating discirculatory encephalopathy, a chronic cerebrovascular insufficiency associated with cerebrovascular accident. Aminolon has no contraindications.

An angioprotective agent composed exclusively of natural ingredients of plant origin. Ginkoum is considered a nosological analogue of Noopept and is fundamentally different from it in its dosage form, mechanism of action, and composition.

An angioprotective drug is prescribed for children from 12 years of age. The drug achieves metabolic effects by stimulating natural physiological processes.

The drug is available in medium-sized enteric-gelatin capsules. The dosage of each is 40 or 80 mg of a physiologically active component. The list of indications for use is similar to that for Noopept.

Ginkoum is not prescribed to patients with:

The phytopreparation has more potential side effects than Noopept. The undesirable consequences of taking are manifested by digestive and defecation disorders, deterioration of blood coagulability, and individual hypersensitivity reactions.

A Noopept substitute based on the simplest nonessential amino acid of the same name of the aliphatic series improves neurophysiological processes, has a calming effect on the nervous system. Additionally, the drug eliminates insomnia and muscle spasms.

Noopept (analogues of the drug are numerous cheaper, but Glycine is considered one of the most affordable, effective and safe) provides similar effects in a different way.

Both drugs are available in tablets, but differ in how they are used. Noopept is used in the standard oral way (swallowing), and Glycine - sublingual (put under the tongue for subsequent dissolution with saliva).

Physiological effects of the drug based on nonessential amino acid:

Glycine is characterized by an effect on the functions of the GABA system and an adrenergic inhibitory effect that distinguishes it from Noopept. The drugs combine antitoxic, antiaggregatory and antioxidant effects.

The metabolic drug is classified as a group analogue (generic) of Noopept. The drug has a pronounced antioxidant effect by binding free radicals.

Mexidol enhances the resistance of the cerebral organ to damaging factors of an endo- and exogenous nature. The active substance of the drug is the ethyl form of methylhydroxypyridine succinate.

Mexidol is a reference metabolic stimulant with high anti-ischemic activity. The active substance provides a wide range of therapeutic effects and physiological effects.

The medicine is used in the complex therapy of numerous somatic pathologies and to improve the psychological state of patients after severe injuries, complex operations, and childbirth.

Mexidol is effective for disorders of cerebral blood supply in the stage of subcompensation. It has an extensive list of indications for use, which includes the same ones as for Noopept.

In addition to oral tablets, Mexidol is available in the form of a solution for intramuscular and intravenous injections, drip. Unlike Noopept, this analogue has a large number of side effects. Both drugs are not prescribed for children.

The metabolic drugs presented have similar pharmacological characteristics. All of them are located in approximately the same price range. Each metabolic stimulant successfully replaces a similar drug as needed. Estimated prices are shown in the table below.

The prices of Noopept, its group and nosological analogues for the minimum package of tablets are presented. The cost is relevant for the capital and the Moscow region. In the regions, drugs are cheaper. The price depends on the manufacturer, the form of release, the number of units of the medicinal product in the pack.

Video about the drug Noopept

Everything you need to know about Noopept: Tear drops for the eyes. Reviews, instructions for use, price 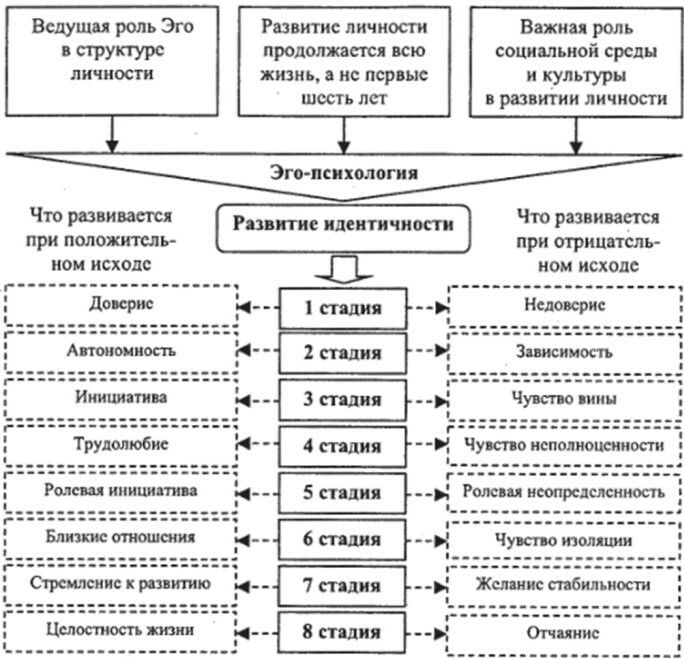 Ego is in psychology that in simple words, the definition 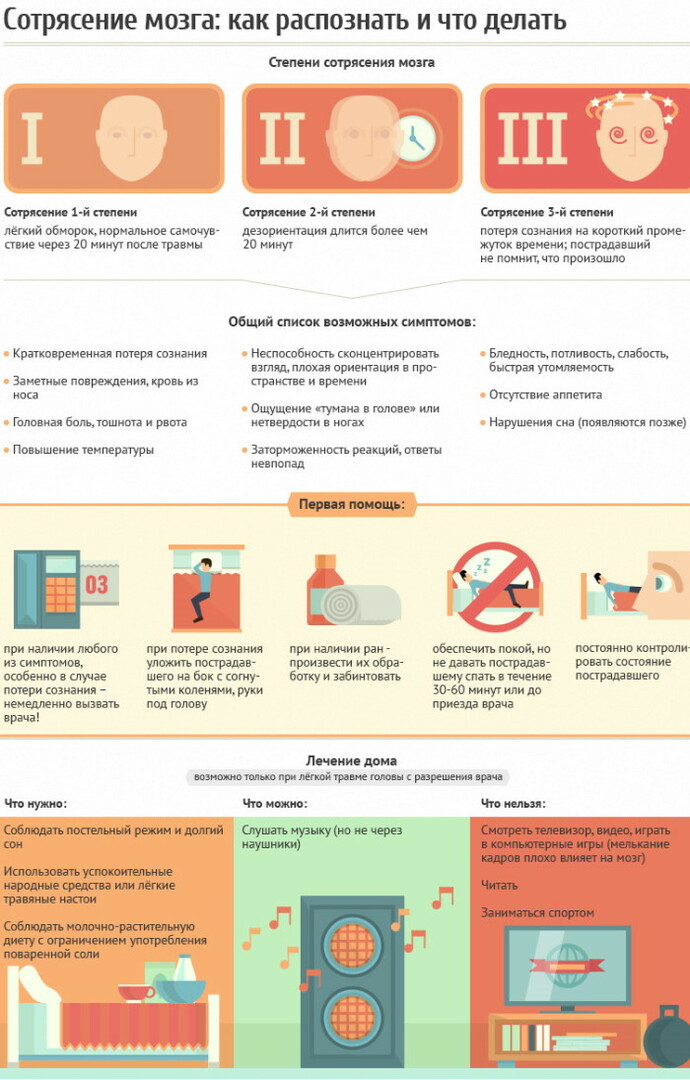 Pressing the back of the head and dizzy. Causes in women, men