Individualization, or individuation, this is a term in psychology that was first introduced into everyday life by K. Jung. He also developed the original concept, and he was the first to study this process. His predecessors can be considered scientists V. Stern and F. Galton, who were the first to study the very phenomenon of individuality.

Individualization in psychology is a concept that has several definitions. In general, they are very similar to each other, but there are still some differences between them.

In general, this is the psychological formation of a personality, in the process of which her own abilities, traits and unique characteristics develop. The concept is associated with the need for a person to remain a full-fledged part of society, but at the same time to stand out and differ from others.

Different specialists, however, give slightly different definitions of the concept, and sometimes completely inappropriate to the original meaning of the word.

TO. Jung worked on the concept of individuation deeper and wider than others. Therefore, his theory should be considered separately.

Despite the fact that at a certain period of his life Jung collaborated with Z. Freud, he did not share his views on human development. First, he does not attach particular importance to childhood psychosexual conflicts and does not believe that they determine all the behavior of the individual. Second, Jung does not believe that childhood is a decisive period for the formation of behavioral patterns.

To put it very briefly, according to his theory, individualization is a combination of unconscious and conscious experience. Jung understood the process as the separation, construction and concretization of its essence. It should take place so that a person can find out who he is and develop his personality.

In both Jungian psychology and other concepts, individuation is a contradictory process, since it involves the joining of opposites. According to Jung's theory, such conflicts and contradictions are associated with the confrontation between the conscious and the unconscious, as well as collectivity and individuality.

The basis for the formation of personality Jung considered the ego, from which comes a gradual understanding of aspects previously denied, and then their acceptance. At the same time, it is important not to identify with them, to distinguish them from oneself.

As a result, certain aspects of the personality will be accepted in the first place. Then, as a result of internal efforts, a repressed emotional experience. As a result, it must be analyzed for adequacy, possible conflict and trauma experience. After that, a person takes part of the collective unconscious and adds culturally inherited archetypes to his development.

Despite the fact that Jung did not believe that the whole process takes place in childhood and adolescence, he did not deny that individuation is partly related to the biological development of a person. This is a separate concept. According to her, each phase lasts about 10 years and does not end with final maturation.

But in practice, the entire cycle, not counting the very initial stage, can be repeated several times during life. This will no longer be associated with biological changes in a person, but with changing life circumstances, obtaining new knowledge or rethinking existing values.

Individualization in psychology is, if we take the concept in general, it is the process of a person becoming independent. He acquires the integrity of the personality and acquires the ability to autonomy. In the course of individuation, various psychic abilities must be developed, which will manifest themselves not immediately, but as a person grows. 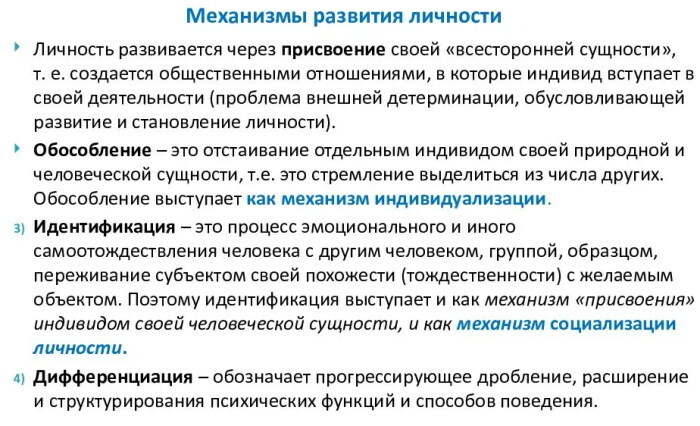 According to the generally accepted concept, individuation is most noticeable during adolescence, when a person separates himself from his parents and forms his own identity and essence. Nevertheless, without a connection with the cultural environment and family, the process is impossible, since there is no starting point. Even if in the end a person begins to deny everything that is accepted in his native culture and family, the initial relationship with them is necessary, otherwise there will be nothing to oppose his views.

Purpose of the process

Individualization is necessary for the child to develop and eventually become an independent, unique person. The work related to the realization of the potential abilities of the child and his hidden talents is aimed precisely at this. If pupils are given a certain amount of independence in achieving the desired or in making decisions, then this will help in the future to build your own life path, since all the skills necessary for this will already be received.

TO. Jung, and later the followers of his school of psychology, believed that in the process of individuation, a person overcomes archetypes alien to him and forced upon him. And the main goal of the founder of Jungian psychoanalysis was to achieve a balance of the psyche.

In psychology, most processes are described as a gradual movement towards a goal. And individualization is no exception. In this case, 4 main phases and 1 final are required. In the process, a person fills his unconscious and conscious, and then unites internal opposites, such as shadow and personality or unconscious and conscious. This happens until you can become "yourself". 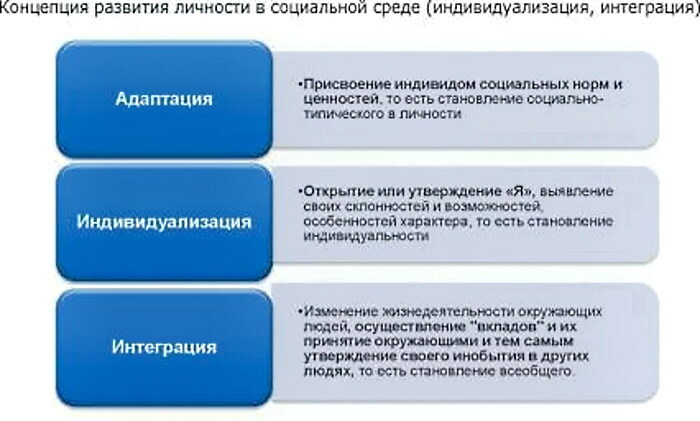 Due to changing external circumstances, the receipt of previously unavailable information, the accumulation of life experience and other factors, conscious individuation can continue throughout life and each stage can be repeated several once. This partly explains why at 30 a person had the same views, and he was one person, and at 60 he can become his complete opposite.

According to the Jungian school of psychology, individualization is a series of interrelated changes. They are necessary to reach the so-called middle of the personality, that is, a transitional point, after which it becomes possible to enter into contact with the unconscious and conscious.

The main meaning of the idea of ​​individualization is that a person can combine different aspects of the psyche and personality, and, thereby, acquire his own, unique character.

It is individualization that allows a person to be free and develop a personal view of the world and a way of acting, and not just follow the schemes developed by other schemes.

Thanks to her, it becomes possible:

The result of the completed individuation process is the acceptance or denial of one's various traits and the ability to value them. Even those that seem undesirable. In the Jungian school of psychology, hidden, unwanted and rejected traits are called a shadow, and the demonstrated part of oneself is called a personality.

Individualization in psychology is a complex process that is best studied by K. Jung. Therefore, it is customary to consider the conditions for its implementation in the vein in which the researcher himself suggested.

There are 3 conditions or signs by which you can determine whether the process went well:

The basis of individualization is the recognition of the uniqueness of any person, his uniqueness, obligatory freedom and the right to choose. Without this, the complete completion of the process is impossible.

Individualization in psychology is a process that never happens the same way in different people. Nevertheless, there are 2 main options for how it can take place.

The first is spontaneous individuation. This option implies a continuous process starting at an early age. It occurs most actively in adolescents and children, it is then that a person begins to distinguish himself from others and strives to do this as noticeably as possible. In this way, the individual receives the first social experience, which can later be used for introspection and analysis of the environment. 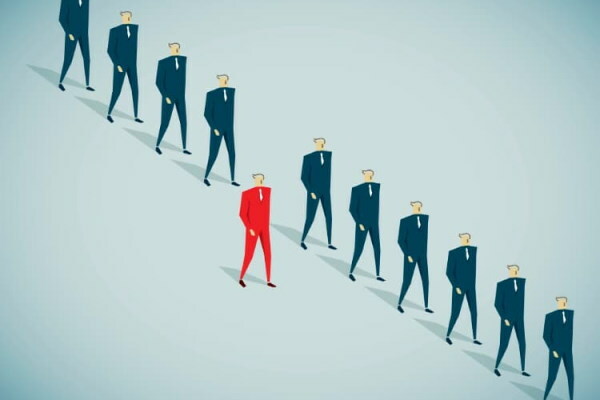 The second method is individuation through analysis. This is typical of adulthood. The basis of the process is the desire to understand oneself and human nature. It takes place with the help of observations, various mechanisms of reflection and analysis.

In psychology, many processes associated with the formation of a personality are studied. One of them is individualization. Despite the fact that this term not all schools denote the same phenomenon as Jungian psychoanalysis and the like direction, without him it would be difficult to designate the process of acquiring specific personality traits by a person and character. 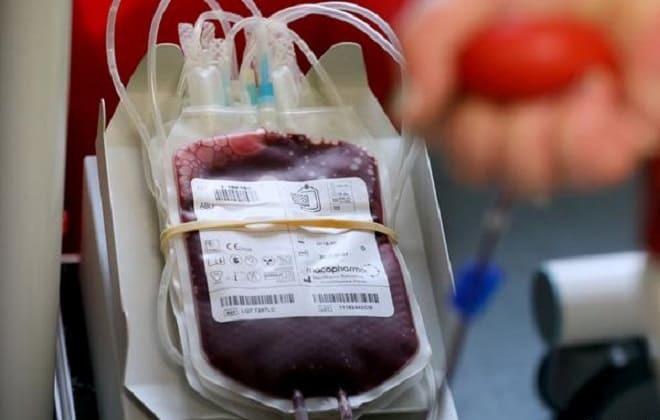 What kind of diet is right for people with the first blood group? Blood type 1

ContentHealth features of people with the first blood groupIndications and contraindications for losing weight on a diet of 1 blood groupList of pe...

What kind of diet is right for people with the first blood group? Recommendations.

ContentHealth features of people with the first blood groupIndications and contraindications for losing weight on a diet of 1 blood groupList of pe...