Trimebutin is a drug, prescribed in the treatment of disorders of the gastrointestinal tract. The drug has a good therapeutic effect and many cheaper and equally effective analogues.

The medication is produced in the form of tablets for oral use, rectal suppositories, as well as in the form of intravenous or intramuscular injections. It belongs to the group of antispasmodic drugs.

Scheme of use: oral forms - 0.3 g per day; for rectal use - 0.1-0.2 per day; for intramuscular or intravenous administration - 1 time per day, 50 mg. The duration of the course and other features of the application are determined individually by the attending physician. The medicine should be used only as directed by a specialist.

The medicine can occasionally lead to the development of various undesirable manifestations, which is caused by the patient's physiology or the influence of one of the components that make up the drug. In the event of such reactions, the medication should be replaced with another medication similar to the indications. In this case, both domestic and foreign substitutes can be used. A similar drug should be chosen in conjunction with the attending physician according to the diagnosis and the nature of the disease.

It is not recommended to prescribe and use similar drugs on your own, since an incorrectly selected remedy can worsen the condition and cause various complications. The cost of drugs does not affect their therapeutic effect; they are used only if the patient develops an allergy to the main remedy.

Trimebutin (cheap analogs can be produced in various dosage forms) must be replaced with analogs only after additional research and an accurate diagnosis.

Neobutin is a generic drug that, like the main product, is manufactured in Russia. The funds have one dosage form (tablets). Moreover, both drugs belong to the same pharmacological group (antispasmodics).

Medicines have one common active ingredient - trimebutin maleate. Both the main drug and its substitute have absolutely identical action and pharmacological properties. The funds have identical recommendations for use - disruption of the gastrointestinal tract. Dosage regimen: taken orally before meals, 0.1-0.2 g 3 times a day.

As a prophylaxis, after elimination of the underlying disease, it is recommended to take 0.3 g per day for 3 months. It is not recommended to undergo several annual courses with the same drug. In the case of a weak effect or in its absence, the therapy regimen should be changed.

The duration of the course should be clarified with the attending physician, since it is determined individually, based on the form and severity of the identified violation. On average, therapy takes about 1 month. However, it can be extended for up to 3 months.

The drugs have similar side effects:

The frequency of their development in both cases is identical. The degree of tolerance of the components is also approximately the same, since both agents have the same active component and are produced in identical dosage forms.

Trimebutin (cheap analogs may have additional recommendations or restrictions on the appointment) partially coincides in contraindications with a similar drug. Both drugs are prohibited for use during pregnancy, lactation, and with poor tolerance of the components. If it is necessary to take a generic drug during breastfeeding, you should stop feeding for the entire period of therapy.

The analogue is not prescribed in children under 3 years of age and allergy to lactose, lactase deficiency, glucose-galactose malabsorption syndrome.

The drugs have the same special instructions. However, there is no information on drug compatibility in both the first and second cases, so both drugs should not be taken simultaneously with other medicines. Medicines have a similar therapeutic effect and equally help to eliminate all signs of gastrointestinal disorders. Experts advise taking the drug that is best tolerated.

Both medications must be taken with extreme caution and only under medical supervision. Great care must be taken when performing hazardous work or driving a vehicle, as drugs can cause dizziness.

According to available reviews, medicines have identical mechanisms of action and therapeutic effect. Patients respond well to both the first and second remedies. Both drugs help to quickly stop the signs of various diseases and facilitate the course of the underlying pathology.

The demand for drugs on the pharmaceutical market is also approximately the same. In this case, preference is given to generic drugs, since they have a lower cost. Experts recommend using the drug that does not cause the development of allergic reactions and is easier to tolerate. Both funds are available over the counter.

Trimebutin can be replaced by a cheaper analogue such as Trimedat, which has many similar properties and distinctive features associated with the administration and dosage of the drug. This generic is produced by a domestic manufacturer of drugs in the form of a powder, which is required for the preparation of an oral solution.

The funds have one active ingredient (trimebutin maleate). The funds belong to the same pharmacological group (antispasmodics) and exhibit similar properties. Pharmacokinetic and pharmacodynamic characteristics of drugs are identical, since they have the same active ingredient.

The action of the analogue is aimed at restoring and improving intestinal motility and motility. However, it does not affect the central nervous system. Thanks to its reception, there is an improvement in the physiological ability of the muscles located in the intestine. In this case, the medication helps to eliminate discomfort and pain.

The drugs have absolutely identical indications for use, which makes them completely interchangeable. However, they should not be combined and applied at the same time. Dosing rules: 0.6 g per day, divided into several equal doses. This rate is recommended to be divided into 2-3 equal doses.

The duration of therapy is 1 month. To prevent exacerbations after the end of the main course, it is recommended to take the suspension for another 3 months. The daily dosage should be 0.3 g per day. If such a therapeutic approach is ineffective, it is recommended to consult a specialist for the appointment of a different treatment regimen and the appointment of other medications.

With extreme caution, the substitute can be used in diabetes mellitus (due to the content of sucrose in the powder). In this case, it is required to undergo periodic tests for the concentration of glucose in the blood. If it is necessary to use the product during the feeding period, it is necessary to refuse feeding for the entire duration of therapy. It is recommended to start feeding back no earlier than 3 days after the end of therapy.

Both medicines have almost identical adverse reactions. Moreover, the frequency of their development in funds is approximately the same. According to the available reviews in the generic, they in most cases arise from the gastrointestinal tract. Overdose symptoms for drugs are the same. In this case, intolerance reactions develop in an analogue, with approximately the same frequency as in the main medication.

Interaction with other medicinal products in both cases is unknown, since it has not been studied. Therefore, medicines should not be combined with other medicines. The substitute is recommended for use in pediatric practice, since this form is more convenient for taking.

Experts report the same therapeutic effect of both medicines. Based on the available information, both the main drug and its substitute help to cope with negative symptoms, approximately, with the same speed and effectiveness. In both cases, when taking medication, great care must be taken when administering by car or during potentially hazardous work requiring increased concentration attention. 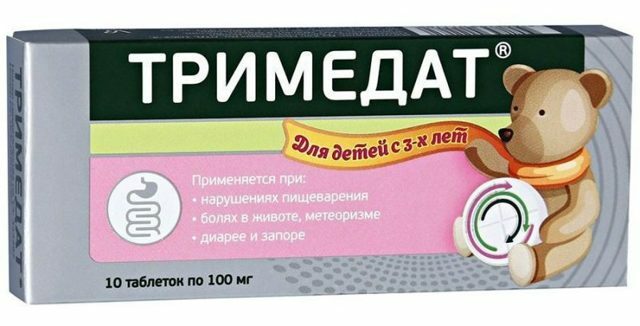 Medicines help to quickly eliminate the existing symptoms and alleviate the patient's condition. The effectiveness in both cases is high and has been proven by numerous clinical trials.

It should be borne in mind that it is forbidden to use both drugs at the same time or to change one drug to another during therapy.

Medicines are dispensed over the counter.

Trimebutin (cheap analogs should be used only on the advice of a doctor in accordance with the established diagnosis) it is forbidden to use in conjunction with other means that have a similar effect and indications. Trimedat, like the main agent, is manufactured in Russia in the form of tablets for oral use. At the same time, medicines have the same active ingredient - trimebutin maleate.

Both drugs belong to the same pharmacological class (group of antispasmodic drugs). They have a similar effect and exhibit identical pharmacokinetic and pharmacodynamic properties.

The drugs have similar recommendations for taking. Both medicines are prescribed in the treatment of diseases of the gastrointestinal tract, accompanied by the development of characteristic symptoms. At the same time, drugs stop all signs of the disease, but do not allow to completely cope with the pathology itself.

Symptoms for which the medicine is prescribed:

Dosages: adults and children over 12 years old are prescribed 1 tablet 2 times a day. In this case, before taking, you should maintain a break of at least 12 hours. The duration of the course is 1 month. To prevent the development of relapses with intestinal obstruction, the drug should be used as a prophylaxis for another 3 consecutive months.

In the absence of effectiveness from such treatment, it is necessary to consult with a doctor about a possible replacement of a means or method of therapy. The funds have similar limitations to their use. The analogue is contraindicated in pregnancy (studies on the safe use of the drug have not been conducted in this period of time). Also, the medicine is not used during breastfeeding. It is recommended to stop feeding for the entire duration of therapy if capsules are needed.

The drug is contraindicated in the presence of allergies, as well as in children under 3 years of age. At the same time, when using tablets in pediatric practice, treatment should be carried out under the guidance of a doctor. Both drugs, if the prescribed dosages are exceeded, lead to the same negative reactions. In most cases, overdose manifests itself in the form of gastrointestinal disorders.

Trimebutin (cheap analogs have their own distinctive features and rules of use) and other analogs, despite for a similar action, should be applied in accordance with the individual instructions attached to each of the medicines. Both drugs have identical precautions and drug interactions. A high degree of caution is required when driving or carrying out other potentially hazardous work.

According to patient reviews, both drugs have a similar therapeutic effect and help to quickly cope with the signs of gastrointestinal diseases. Experts also claim about the same therapeutic effect and recommend using the medicine that is easier to tolerate and does not cause allergies. The drugs cannot be replaced with each other already during the ongoing therapy with one of them. Medicines are available over the counter.

The cost of Trimebutin in public and private pharmacies in the country may vary depending on the dispensed dosage form and the area of ​​its sale.

Thus, it is possible to purchase a medicine in pharmacies in Moscow and the Moscow region for 250-570 rubles. depending on the dosage. Packing price (30 pcs.) Is 380 rubles.

You can clarify the availability of funds, as well as find out its cost, at any nearby pharmacy located at the place of residence.

Before using Trimebutin or its substitutes, it is necessary to read the instructions for their use and consult a doctor. If necessary, it is additionally recommended to study the reviews of patients who used the main remedy or its cheap counterparts in the treatment of gastrointestinal disorders.

Neobutin - instructions for use and analogues: 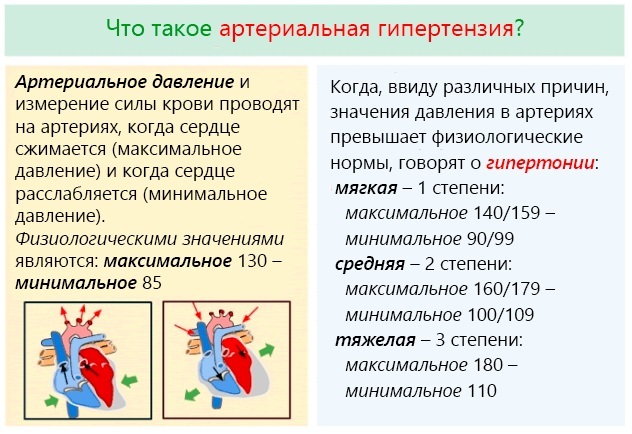 Co-Perineva tablets. Indications for use, reviews 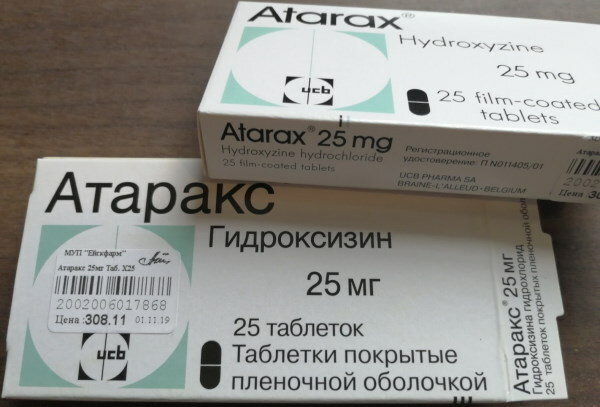 Atarax tablets. Indications for use, price 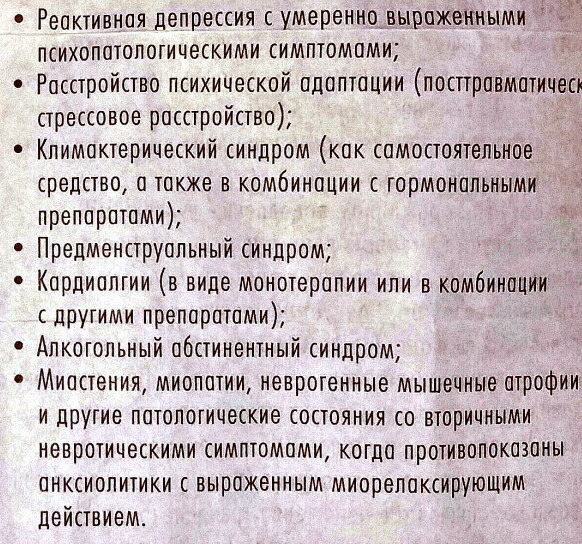 Grandaxin tablets. Indications for use, price