Semisynthetic broad-range antibiotic bactericidal action Amoxicillin used for intestinal, genitourinary, respiratory infections. The drug and its numerous analogues are produced in gelatin capsules, oral tablets, granules for the preparation of a drinking suspension.

The antibiotic is a pharmaceutical group of semi-synthetic penicillins. Amoxicillin with equally high efficiency inhibits pathogenic microbiota of gram-positive and gram-negative classes.

Sensitive to the active ingredient of the drug:

An analogue of Amoxicillin in tablets (Flemoxin Solutab or Sumamed) has an identical spectrum of antimicrobial effect. The active component of drugs of this pharmaceutical group destroys the walls and membranes of bacterial cells at the stage of growth and division.

The mechanism of the antibiotic effect of Amoxicillin and its complete analogs is expressed in the ability a semi-synthetic chemical compound to provoke lysis (dissolution) of cytological systems pathogenic flora.

The bactericidal effect is achieved by blocking the production of transpeptidase, a protein enzyme that takes participation in the final phase of the formation of cell walls of microorganisms and having the property of binding with penicillins.

Indications for the use of Amoxicillin:

Amoxicillin is prescribed for otitis media, pyelonephritis, urethritis. The drug is used in the complex therapy of infectious and inflammatory diseases of the pelvic organs and the genitourinary system. 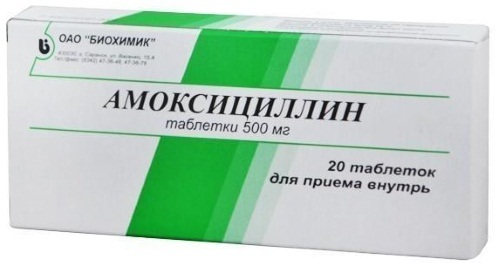 Semisynthetic antibiotic is effective for Lyme disease, leptospirosis. It is prescribed for intestinal infections associated with Helicobacter pylori, gastritis and stomach ulcers.

Amoxicillin should be taken with caution in patients prone to allergic reactions. A dose adjustment downward is required for functional renal failure, gastrointestinal bleeding.

With a long course of taking the drug for the maintenance treatment of chronic infectious processes periodic monitoring of the state of the hepatobiliary system and blood counts is necessary by a laboratory method.

The standard initial dose of Amoxicillin for adults and children weighing over 40 kg is 500 mg of active ingredient - 2 tablets. The drug is capable of causing the development of superinfection.

The effect is due to the reproduction of flora resistant to a semi-synthetic bactericidal compound. In patients with bacteremia, when taking an antibiotic, the Herxheimer's reaction is possible - the lysis of bacterial cells directly in the blood plasma.

An analogue of Amoxicillin in tablets is selected when a sharp allergic response to the active substance of the main drug occurs. This effect is observed when cross-used with antibiotics based on cephalosporins.

In the treatment of mild diarrhea with a course of Amoxicillin, drugs that affect the peristaltic function of the intestine are not additionally used.

Such drug combinations are undesirable in chronic gastroenterological and hepatobiliary pathologies. Women using oral contraceptives are advised to switch to barrier contraception during the treatment with Amoxicillin.

With biological resistance to beta-lactam antibiotics or an acute allergic reaction to semi-synthetic penicillin drug can be replaced by numerous bactericidal drugs with identical properties.

These medications have comparable efficacy and are called 1st line therapies. Complete analogs of Amoxicillin contain the same additional components and active ingredient.

The list of such medications is relatively scarce. A more numerous pharmaceutical category is represented by group analogues. Such drugs have an antibacterial mechanism identical to Amoxicillin, but differ from it in the component base.

Similar medications are produced in similar dosage forms. Nosological analogues - means used when 1st line drugs are not available. They can replace a semi-synthetic antibiotic only for medical purposes.

Such medicines may differ from Amoxicillin in the form of release, components, and the mechanism of antimicrobial action. Below are the most popular analogs of a semi-synthetic antibiotic.

The combined composition of the bactericidal preparation contains amoxicillin with clavulanic acid, which is classified as beta-lactam bactericidal compounds. 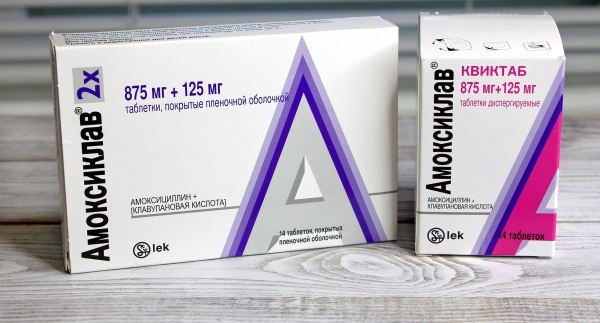 Amoxiclav with equal effectiveness affects gram-positive and gram-negative bacterial flora. Available in enteric film coated tablets with a dosage of 375 and 625 mg.

This distinguishes Amoxiclav from Amoxicillin, the content of the active substance in which is less. The list of indications for the use of both antibiotics is similar.

Amoxiclav is prescribed for:

The drug is part of the standard drug support during postoperative rehabilitation. An antibiotic reduces the likelihood of developing complications of an infectious nature.

Amoxiclav, like Amoxicillin, can be used during pregnancy and breastfeeding, but only under strict medical supervision. Both antibacterial drugs reduce the effectiveness of hormonal contraceptives.

The drugs have an identical mechanism of antibacterial effect, a similar list of contraindications and side effects. Clavulonic acid somewhat expands the spectrum of action of Amoxiclav.

With bronchial asthma and for the treatment of infectious lesions of the gastrointestinal tract against the background of peptic ulcer disease, perforation of the digestive canals or gastritis, Amoxicillin is not used. In the treatment of patients with such a history, Amoxiclav is used.

The analogue of the active substance and auxiliary components repeats Amoxicillin. The drug is available in the form of dispersible tablets. Flemoxin Solutab has an extended spectrum of the content of the pharmacologically active component.

The following were used as auxiliary and structure-forming substances:

Flemoxin Solutab is recommended for the treatment of children from infectious diseases provoked by bacterial pathogens. The main difference between antibiotics is the dosage form.

Amoxicillin is available in standard oral tablet form. Medicinal units of Flemoxin Solutab are intended for preparation of a drinking suspension with citrus flavor.

Antibiotic of the category of azalides - derivatives of macrolide compounds. Has a mechanism of bactericidal action similar to Amoxicillin. With equal efficiency, it inhibits intra- and extracellular pathogenic pathogens.

The active substance binds the 50S subunit of bacterial ribosomes, which leads to inhibition of peptide translocase and suppression of protein synthesis. The list of indications for the use of both drugs is identical.

Bactericidal drugs are prescribed for inflammatory and infectious processes of any localization. Azithromycin is effective in treating:

The preparations are united by a semi-synthetic base. Azithromycin has a smaller list of contraindications than Amoxicillin, therefore it is more actively used in clinical practice. The penicillin drug accumulates faster in the tissues of the body.

The combination antibacterial drug belongs to the sulfonamide category. The active substance is co-trimoxazole. The formula of the chemical compound is designed on a two-component basis.

It combines sulfamethoxazole with trimetopram in a 5: 1 ratio. The drug disrupts metabolic reactions in bacterial cells, which leads to the impossibility of reproduction with the subsequent death of microorganisms.

The drug is considered a nosological analogue of Amoxicillin. Its use is advisable for reactions of individual intolerance to semi-synthetic penicillin.

A substitute in the form of a drinking suspension is used to treat infectious and inflammatory diseases in children under 1 year of age. The drug in tablets is indicated for patients over 3 years old. Biseptol has a more extensive list of absolute contraindications than Amoxicillin. 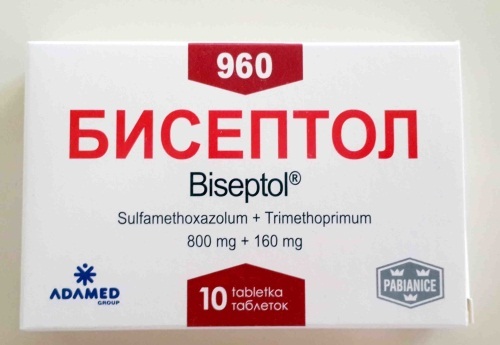 The combined analog is more likely to cause unwanted side reactions. The main disadvantage of Biseptol lies in the relatively narrow spectrum of antimicrobial action. Microorganisms are capable of developing resistance to the active substances of the drug.

The antibiotic inhibits protein synthesis in the cell walls and membrane membranes of bacteria. Ampicillin trihydrate, which serves as the active ingredient of the drug, irreversibly binds to the transpeptide enzymes of microorganisms.

Like the main drug, it is part of the pharmaceutical group of semi-synthetic penicillins. Ampicillin has an extended list of indications for prescription in comparison with Amoxicillin.

The analogue is used to treat:

Amoxicillin differs from the group analogue in the extended range of bactericidal effects. When taken orally, the main drug is absorbed faster into the systemic circulation and guarantees a pronounced clinical effect.

The drug has a wide range of bactericidal activity. Belongs to the category of group analogs of Amoxicillin. The chemical formula of the antibiotic is based on the optically active levorotatory isomer of ofloxacin.

The active substance is a pharmacological group of fluoroquinols. The levorotatory isomer of ofloxacin easily overcomes the membrane barrier of bacterial cells, interrupting the synthesis of vital proteins, which leads to the rapid death of the population of microorganisms.

The drug is highly active against bacterial infections:

Levofloxacin is prescribed for the prevention and elimination of pathogenic flora after surgery. The antibiotic is included in the complex symptomatic therapy of pneumonia provoked by a coronavirus infection.

The drug, unlike Amoxicillin, is not used in pediatric practice. It has a shorter duration of standard antibiotic therapy than semi-synthetic penicillins.

A complete analogue of Amoxicillin is used to eliminate meningococcal infections, in the complex treatment of purulent-septic processes of any localization, dysentery. In gynecological practice, Amosin is used to treat endometriosis, bacterial lesions of the uterus and appendages. 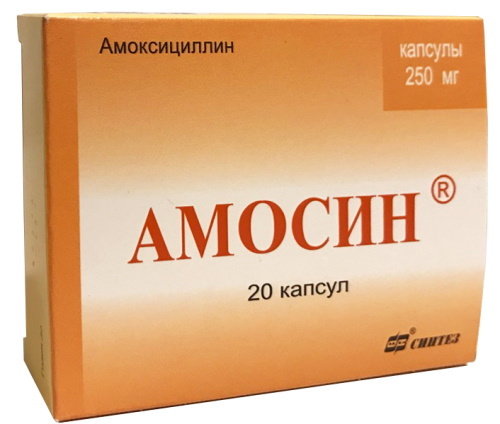 The antibiotic has a pronounced bactericidal effect on the anaerobic and aerobic pathogenic flora. Dosage forms are identical to Amoxicillin. Amosin is contraindicated in pregnancy and lactation and is not used to treat children under 3 years of age.

The structural analog has more contraindications than the main drug. It has numerous side effects. Amoxin is especially effective against aerobic bacteria of the gram-positive type.

Penicillinase-producing microorganisms are resistant to both drugs. Amosin is used for the prevention and treatment of endocarditis. An acid-resistant antibiotic is prescribed for bacterial lesions of the gastric cavity and Lyme disease associated with erythema migrans.

Semi-synthetic antibiotic from the pharmacological group of macrolides. The active ingredient of the drug is azithromycin. Sumamed is ranked among the group analogs of Amoxicillin. Effectively blocks the development of bacterial cells and the growth of the population of pathogenic pathogens.

An analogue of Amoxicillin in tablets is prescribed for chronic pulmonary obstruction, tonsillitis and pharyngitis. Both drugs have the same list of bacterial pathogens that are sensitive to their active substance.

Both Sumamed and Amoxicillin are allowed to be used during childbearing and breastfeeding, but under constant medical supervision. The essential difference between the drugs lies only in the active substance. While taking Sumamed, side effects occur less often.

Semi-synthetic beta-lactam antibacterial drug, considered a complete analogue of Amoxicillin. Has a combined composition supplemented with clavulanic acid. The chemical formula of the drug contains amoxicillin in the form of sodium salts. 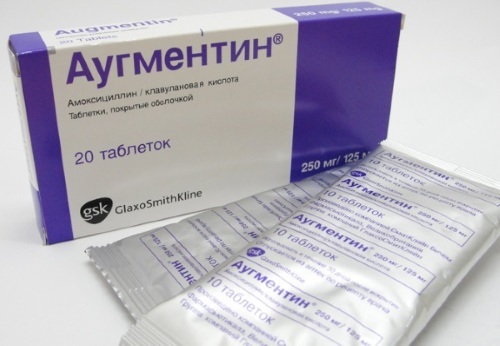 In addition to traditional oral tablets, Augumentin is represented by a sweet syrup and powder for preparing a drinking suspension. The spectrum of the antibacterial effect of the drug is expanded by clavulanic acid, which is reflected in the list of indications for prescription.

With the help of Augumentin, bacterial inflammation of the ear apparatus is eliminated. It is used in supportive therapy and to relieve exacerbations of bronchitis. Augumentin is effective in osteomyelitis - a purulent-necrotic lesion of the bone marrow, provoked by mycobacteria.

An antibiotic of the penicillin series is used to treat periodontitis, various inflammations in the dental space, including the salivary glands. Other indications for administration are identical to Amoxicillin.

The main drug from Augumentin is better tolerated and fewer side effects. Clavulanic acid provides a broader spectrum of beta-lactamase inhibition to the analog.

It is effective against microorganisms that are resistant to penicillin and cephalosporin compounds. Clavulanic acid in Augumentin performs a protective function, preventing the breakdown of amoxicillin under the influence of type 1 beta-lactam enzymes.

The presented antibiotics are comparable not only in pharmacological properties, but also in cost. This allows you to change drugs with insufficient effectiveness, the presence or occurrence of an individual intolerance reaction without compromising the family budget.

Comparative table of prices for a pack of 20 tablets.

The presented prices of Amoxicillin and its analogues are relevant for Moscow and the region. In the regions, the cost of antibiotics in tablets is traditionally lower. The amount that will have to be paid for a pack of medicine depends on the pricing policy of the pharmacy chain, the dosage of the medicine and the number of units of the medicine.

Video about the drug Amoxicillin 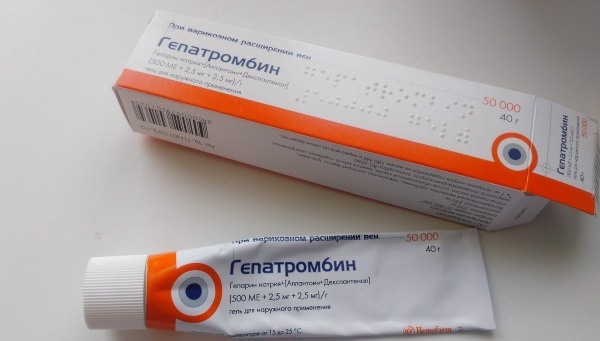 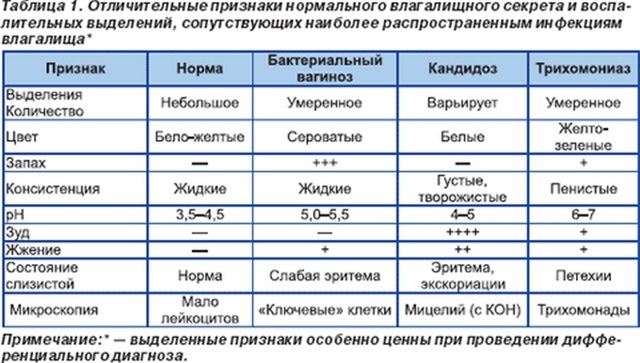 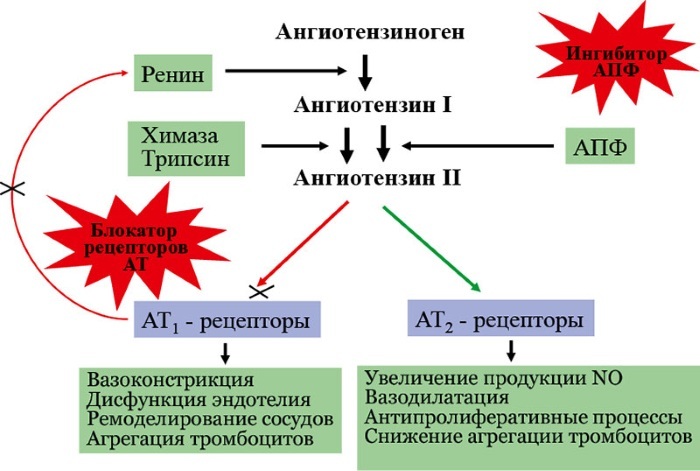