Vascular genesis of the brain: what is it, symptoms and treatment 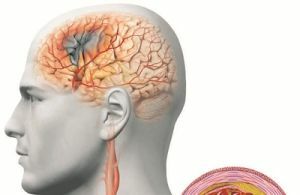 It should be noted that vascular genesis is not a separate, independent disease, but an indication of all vascular diseases of the brain.

So vascular genesis of the brain implies any pathology, a change associated with a violation of blood flow in the vascular and venous grid of the head.

What does genesis involve?

Focal or organic lesions of the brain substance of vascular origin occur in the following cases:

Causes of violation of

With respect to the existing factors that provoke the development of vascular disorders in the brain area, it can include the presence of such diseases as hypertension and high blood glucose level, failure in lipid metabolism, stress and bad habits - alcohol dependence and smoking,addiction, head trauma.

If we talk about the etiological factors that provoke a malfunction in the bloodstream of the brain, then the doctors include:

The presented list of diseases that provoke the development of cerebral vascular genesis is not exhaustive - these are the most common provoking factors most commonly encountered in medical practice.

Symptoms that are characteristic of this group of diseases: 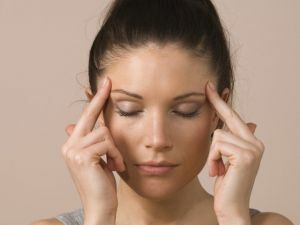 What you need in order to diagnose

In order to make an accurate diagnosis for suspected vascular disease of the brain, doctors prescribe to the patient the passage of such studies as MRI and ultrasound, as well as a complex of neurological examination.

In order to determine the symptoms of the disease, doctors are assigned to conduct studies of electromagnetic activity in certain areas of the brain - this includes conducting dopplerography and applying radionuclides and spectroscopy.

But the only study that is conducted in any case is MRI, which allows to show accurate and complete information about the pathology. The principle of MRI is based on transmission from all organs and systems of echoes.

An excellent means of obtaining information on the state of cerebral vessels in diagnosing vascular genesis is by magnetic resonance angiography. This survey method allows to diagnose the presence of structural 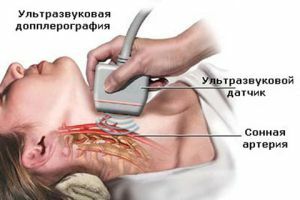 changes in the gray matter, to analyze all the physical and chemical processes that occur in the brain.

No less common method of research and formulation of an accurate diagnosis is the use of electroencephalography - in this case, doctors remove and record fluctuations in electrical potentials that occur in the brain.

A CT scan involves scanning the brain with an X-ray - in this case, doctors take indications of how quickly x-rays penetrate the brain tissue. It is with his help that it is possible to establish both congenital and acquired problems with the cerebral vasculature.

After the patient has been confirmed with a preliminary diagnosis of cerebral vascular genesis, doctors are prescribed appropriate treatment.

The therapeutic course itself provides therapeutic measures that minimize all negative symptoms of increased intracranial pressure, atherosclerosis, stroke and other disorders.

In addition, the patient will need to normalize the lipid metabolism - this is achieved by normalizing the diet and taking certain medications. Most often, doctors prescribe medications that normalize blood flow and intracranial pressure - it can be Ergothamine, sumatriptan.

In the case of diagnosing vegetovascular dystonia, xanthine group preparations are prescribed, with the cropped nature of the head

. Brain cell regeneration at all costs is the main task of

Also, the treatment course provides for surgery - it's about removing atherosclerotic plaques that clog the blood vessels, worsening the normal blood flow. In this case, the doctors carry out the removal of part of the vessel, plugged with plaques.

After surgical intervention, the patient undergoes rehabilitation - her complex components are physiotherapeutic procedures and exercise therapy.

In general, the general treatment scheme will look like this:

Danger of this condition

When talking about the consequences that this disease can cause, then in the absence of proper and timely treatment, the patient may experience the following complications:

After a patient undergoes a course of drug treatment or after a surgical procedure, he should observe a certain set of rehabilitation and restorative measures, which together will contribute to a speedy recovery, normalization of the vascular system and the work of the brain.

So to the basic procedures, which are most often prescribed by the doctor for the rehabilitation of the patient, include physiotherapy procedures, a complex of therapeutic exercises, therapeutic gymnastics and physical education are conducted.

The doctor also selects individually effective methods for controlling excess weight and malfunction in metabolic processes, which provoke the formation of blood clots and plaques in the vessels, and also prescribes medications to restore the work of the heart and the vascular network, the brain.

It is equally important for the patient and compliance with a certain regime of the day - minimum stress and physical exertion, emotional overstrain, in case of diagnosing transient disorders - bed rest is mandatory before negative symptomatology disappears in the form of nausea, vomiting and dizziness.

Food allergies are characterized by hypersensitivity to food products and the development of food intolerance symptoms caused by the reaction of th...

Hydatidiform mole - a condition accompanied by proliferation of trophoblast (outer layer embryo cells) filling the uterine cavity. It may be comple...